Benjamin Franklin once said that “nothing is certain except death and taxes.” In 2019, American taxpayers paid $1.6 trillion in individual income taxes to the Internal Revenue Service. And according to Emory University tax law professor Dorothy Brown, author of the book “The Whiteness of Wealth: How the Tax System Impoverishes Black Americans – and How We Can Fix It,” Black Americans pay more in taxes because the U.S. tax system has long favored white Americans.

When investigating investigate race and tax policies, Brown determined the system puts Black Americans at a disadvantage, mainly due to marital status. Few African Americans are married in comparison to whites. On top of that, when Black people are married, they most likely have a two-income house, meaning they pay higher taxes.

“Let’s say someone makes $50,000. As a single person, their taxes are going to be a certain rate,” she told WBUR. “But as a married person with a single wage earner, that $50,000 household will end up paying fewer taxes than that single wage earner had they remained single.”

There are some Black Americans who feel Black America should be exempt from paying taxes. Due to slavery and its negative financially legacy Black people have paid a “Black Tax Credit,” they argue. Some tried it to not pay taxes but, of course, the IRS wasn’t in agreement. It was reported as a tax scam.

Hip-hop mogul Ice Cube proposed in 2020 that he wanted the IRS to exempt Black people from paying taxes.

“THE HIGH COST OF RACISM: BLACKS in America should be exempt from paying any taxes for 462 years. This would help to start repairing the damage done to us by America. OUR BILL IS PAID BY NOW. No more,” Ice Cube tweeted at the time.

In another tweet, he wrote, “We will ask for board seats, hefty shares of the company, and you will pay a heavy-heavy fine for what you’ve done. Or we will ask the believers in justice. To not support your business for 40 days & 40 nights … WE DON’T REALLY GIVE A F–K IF WE WERE BEING FAIR OR NOT. Hos-style is my style!”

Some reparations advocates argue that tax exemption for Black people could be a form of reparations.

“Black people should not have to pay taxes. No income taxes. No sales taxes. No wage taxes. No business privilege taxes. No property taxes. No gas or utility taxes. No Excise taxes. No telecommunication taxes. Not a single iota of money which is collected by the United States government should come from the pockets of Black people,” wrote journalist Charing Ball in Madamenoire.

She added, “And the way I see it, the lack of tax burden will provide incentive and space for Black folks to acquire and, more importantly, maintain wealth in this country. It certainly would serve as an incentive for global corporations to seek out partnerships with Black-owned businesses, who too would benefit from not having to be held down by a whole bunch of business-related taxes.”

In the Nation of Islam’s Muslim Program one of the points says, “We want the government of the United States to exempt our people from ALL taxation as long as we are deprived of equal justice under the laws of the land.”

Another theory is that many wealthy Black Americans who struggled due to discrimination to get to where they are can not reconcile giving the U.S. government 40 percent-50 percent of their income.

Here are 10 Black millionaires who got busted by the IRS for failure to pay taxes.

In 2021, billionaire Robert Smith avoided indictment in a multimillionaire-dollar tax case by cooperating with the Fed. This came following a four-year investigation by prosecutors and IRS agents who claimed money manager Smith attempted to hide more than $200 million in income. The government signed off on a non-prosecution agreement that required Smith to admit he had committed crimes, pay $139 million and cooperate against a close business associate indicted in the largest tax-evasion case in U.S. history—Texas software mogul Robert T. Brockman, Bloomberg reported.

The entertainer had to dig himself out of a $25 million IRS debt. Steve Harvey discovered in 2008 that he owed the IRS the astronomical amount.

“My old tax accountant, who passed, had done some, let’s say, not so smart things,” recalled Harvey in a recent interview with Earn Your Leisure podcast. “And since he’s not alive anymore, and I don’t slam people who are gone, so let’s just say some bad things were done, and I looked up, and I was in a lot of trouble to the tune of almost $25 million.”

He added, “They were cashing the checks, keeping the money, and not turning in the tax forms….They didn’t cash it; they took the money out [of] the account that matched the exact number.”

Harvey went to work to make the money to pay the IRS back. An actor, author, T.V. and radio personality, Harvey is famous for his observational humor inspired by situations in his own life. He later became known for his self-help advice, especially about relationships.

In 2919, the hip-hop artist had to pay a whopping $14 million in taxes owed to the IRS, XXL reported.

Wayne credited Jay-Z for helping him in the past with his tax issue.

Actor Wesley Snipes wound up spending time in federal prison over his $23.5 million IRS debt. He received a three-year prison sentence on tax-fraud charges in 2008 after a lengthy trial. Snipes blamed the debt on his financial advisers. She also called the IRS was an illegitimate government agency, Time reported.

Besides his infamous criminal and civil legal issues, California state still claims the former star football player and actor owes the state $1.4 million in back taxes, Time reported. This is not the first time he’s been accused of owning taxes. In 1997, the IRS said “The Juice” needed to cough up $700,000 in back taxes, CNN reported.

Legendary songstress Dionne Warwick, whose father ironically was an accountant, was on California’s list of the “most delinquent taxpayers,” Time reported. At one time she had an outstanding debt of more than $2 million. She also owed the IRS and in 2019 Warwick sought a court order discharging her $7 million tax debt from 1990 – 2008. The debt was discharged in her bankruptcy, Blast reported.

The comedian and TV star Sinbad also owed the state of California. He had a tax debt of $2.5 million in personal income tax, Time reported. And in 2019, it was revealed he owned the IRS over $8 million in unpaid taxes, and the feds attempted to foreclose on his home to pay off his outstanding tax liens, Accounting Today reported.

Former Jay-Z partner and co-founder of Roc-A-Fella Records and Roc-A-Wear, Damon Dash owed the New York State $4.14 million in taxes, among his many financial woes. According to data released by the Department of Taxation and Finance, Dash was hit with a lien over state income tax he owes from 2005, 2007, 2010 and 2011, Page Six reported.

The IRS claimed the comedian owed taxes that date back to 2002.  “Despite notice and demand for payment of the assessments set forth above, Mr. Tucker has neglected, refused, or failed to fully pay the assessments against him,” the 16-page lawsuit stated.

Tucker’s attorneys said he entered several installment agreements in 2010, 2011 and 2016 to pay the IRS back in lump sums over a 10-year period but payments were overdue by 1,112 days at the time of the lawsuit.

Fugees singer Lauryn Hill was sentenced in 2013 to three months in prison and an additional three months in home confinement for failing to pay taxes on about $1 million in earnings. Hill pleaded guilty in 2012 in the case, Billboard reported.

Grammy-winning singer continued to be plagued by debt and she reportedly settled the roughly $1 million tax debt in 2019 on her South Orange, New Jersey home, escaping foreclosure, HipHopDX reported.

Photo: Lauryn Hill walks from federal court in Newark, N.J., April 22, 2013. She was sentenced to three months in prison in Connecticut for failing to pay about $1 million in taxes. (AP Photo/Mel Evans, file)
Robert F. Smith is seen during a live recording of Reid Hoffman’s hit podcast “Masters of Scale” at Summit LA19, Los Angeles, Nov. 11, 2019. (Photo by Amy Harris/Invision/AP)
Lil Wayne performs “I’m The One” at the BET Awards, June 25, 2017, in LA. (Photo by Matt Sayles/Invision/AP)

Albee Al Finally Free After Shooting, But There's A Catch

Meet Deon Graham, The Chief Brand Officer And Mastermind Behind Some Of Combs Enterprises' Brightest Ideas 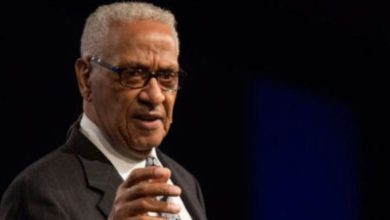 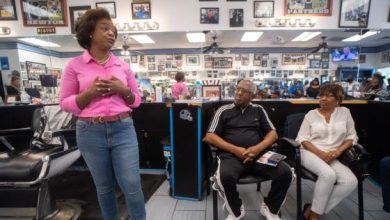 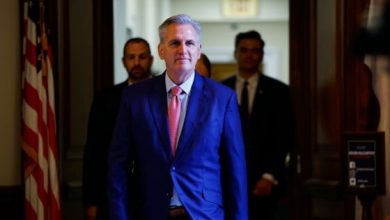 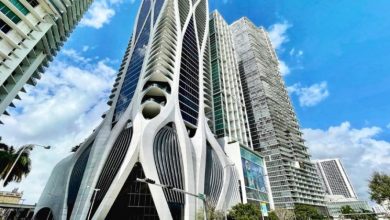