Before Donald Trump became president, he was a celebrated New York City businessman known as The Donald. His antics were all over the New York media and his ventures out with then-New York City Mayor Rudolph Giuliani always made the news. Besides his hotels, casinos, and other real estate holdings, Trump hosted a popular business reality TV show called “The Apprentice.”

So how did a seemingly awkward-looking suit become cool? By having cool connections and famous friends. These friendships helped propel Trump to the White House.

The Moguldom Nation founder Jamarlin Martin tweeted, “The deeper truth is how & why something was created, how did it get there. What something is doing now is not that helpful for insights & educational purposes. If you create something chasing the wrong things, now deal with it. You have some equity in that problem.”

Civil rights activist Al Sharpton and Trump were once described as the “ultimate New York frenemies” in The New York Times.

“Both were flamboyant attention-getters who found fame on television, Donald J. Trump as a reality-show host, the Rev. Al Sharpton as a cable news commentator,” The Times reported.

At times they verbally bashed each other, especially when Trump made claims about the guilt of five Black and Latino teenagers who were falsely charged with raping a white jogger in Central Park in the 1980s. The Central Park Five were ultimately vindicated after spending five to 11 years in prison.

But Sharpton and Trump used one another for their own benefit.

Sean Diddy Combs and Trump would hang at parties– either at Trump’s properties or at events hosted by Diddy. The pair often posed together for friendly pictures.

“A 1999 magazine article in Vibe about P Diddy’s birthday party at New York’s fashionable Cipriani restaurant described Trump as a bridge between old white money and new Black hip-hop money, at a time when P Diddy was bringing hip-hop to the Hamptons,” The Chicago Tribune reported.

The celebrity Queen of Daytime TV and Trump were very cozy at one time. Trump was a fun guest on the “Oprah Winfrey Show.”

“Be sure to watch Oprah today. I’ll be on with my entire family and it will be an entertaining hour,” Trump tweeted on Feb. 7, 2011, Fortune reported.

Winfrey and Trump were photographed laughing together and being huggy.

In 2019, civil rights activist Rev. Jesse Jackson slammed Trump for his “dangerous” rhetoric. However, Jackson once praised Trump and called him a friend.

“We need your building skills, your gusto…for the people on Wall Street to represent diversity,” Jackson, a civil-rights leader, said of Trump at a Rainbow Push Coalition event in 1999, The New York Post reported.

A year earlier at another event, Jackson introduced Trump by saying, “I now want to bring forth a friend — well, he is deceptive in that his social style is of such, one can miss his seriousness and commitment to success, which is beyond argument.”

Michael Jackson and Trump had a long friendship, Vulture reported. Trump’s admiration for Jackson lasted long after The Gloved One died in 2009.

“Michael was very misunderstood – a great talent,” Trump said in an April 11, 2015 tweet that has since been removed.

Def Jam co-founder Russell Simmons announced in 2017 that his friendship with Trump was over, but they had been buddy-buddy before that.

Simmons admitted the two were friends for many years. He also revealed that “he once spent virtually ‘every weekend’ at Trump’s Mar-a-Lago estate in Florida” and “was with him on his first date” with former First Lady Melania, The Hill reported.

Simmons cut off his buddy “the day Trump announced his White House bid in 2015,” The Hill reported.

In 2020, hip hop mogul-TV producer 50 Cent came out in support of another four years of a Trump White House, The Harvard Crimson reported.

Trump and Lil Jon were on the outs at one point in 2016 when Lil Jon claimed that Trump had once called him “Uncle Tom” on the “Celebrity Apprentice” set, The Huffington Post reported. Still, he didn’t think Trump was racist.

“I can’t say if he knew what he was actually saying or not, but he did stop using that term once we explained its offensiveness,” Lil Jon tweeted, excusing Trump’s slur. “I also want to be clear that I don’t agree with many of the statements Mr. Trump has said during his current run for President.”

In 2018, Trump claimed he didn’t know who Lil Jon was, Time reported.

9. Trump at ringside for Mike Tyson

During his boxing days, Iron Mike Tyson was often photographed hanging out with Trump.

According to “Trumped!” — a book co-written by former Trump Plaza Vice President Jack O’Donnell — “Donald was in awe of Mike’s skill in the ring” and Trump often made time to watch Tyson’s workouts and sparring sessions.

Although hip-hop icon Snoop Dogg was a very vocal critic of President Trump, he once was friendly with the real estate mogul.

“Back in 2007, Snoop and Trump had a playful and amicable relationship. On season six of NBC’s ‘The Apprentice,’ the business magnate allowed the winning team of his Lexus Challenge to create a freestyle rap with Snoop Dogg,” Billboard reported.

Prior to the challenge, Trump showered Snoop with praise, saying, “You know Snoop Dogg?” He’s the greatest. One of the nation’s best-selling hip-hop artists.”

Non-smokers are at Higher Risk for Lung Cancer, Here’s Why. | BlackDoctor.org 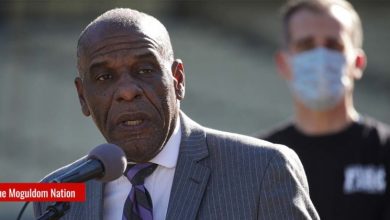 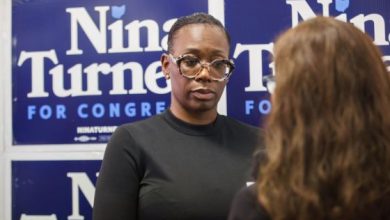 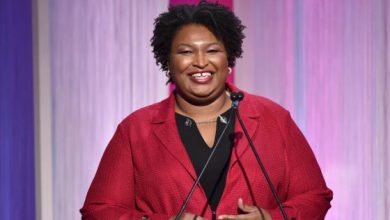 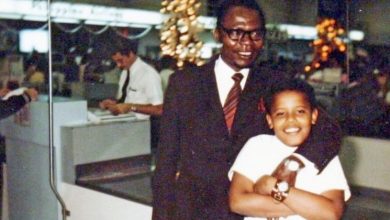