Carlos Cooks was an important figure in the Black Nationalist movement. In many ways, he was the successor to influential Pan-African activist Marcus Garvey. Despite the major role Cooks played in the movement, he is not often remembered today.

Here are 10 things you should know about Black Nationalist pioneer Carlos Cooks.

Carlos Cooks was born in the Dominican Republic on June 23, 1913. His parents, James Henry Cooks and Alice Cooks, were originally from the island of St. Martin. In 1929, Carlos moved to New York to pursue higher education.

Cooks was introduced to Marcus Garvey’s Black nationalist fraternal organizations, the Universal Negro Improvement Association (UNIA) and African Communities League, by his uncle and father. Both were among the many St. Martiners who were Garvey followers. They often took the young Cooks to meetings.

Cooks went on join the Garvey Union and its Universal African Legion. At age nineteen, Cooks was officially recognized by Garvey and became a vital member of the movement.

When Garvey was deported back to his native Jamaica after being convicted in the U.S. of mail fraud, Cooks was chosen to lead the Advance Division of the Universal Negro Improvement Association.

The African Nationalist Pioneer Movement (ANPM) was launched by Cooks in1941. His goal was to make it “an educational, inspirational, instructive, constructive and expansive society… composed of people desirous of bringing about a progressive, dignified, cultural, fraternal and racial confraternity among the African peoples of the world.”

Cooks founded the African Nationalist Pioneer Movement based on three objectives, according to the Pan-African Alliance.

First, he wanted to combine all the material resources of the Black race in all areas of the world to help secure the welfare and wellbeing of Black people everywhere. Secondly, he urged the “activation of African-Community Leagues in all communities where people of the African ethnic group are in the majority. The economy of all African communities must be marshaled, controlled, and channeled in a progressive direction, so that the commerce, business life, and body politics of the community be controlled totally by the resident majority,” he said, according to the Pan-African Alliance reported.

Lastly, Cooks wanted to unite the various nationalist and pan-African organizations with one goal: the complete freedom of Africa. This, he said, would benefit the African people of the world.

Cooks penned a Nationalist Manifesto for the African Nationalist Pioneer Movement. In it, called for Black people to take action and commit to change. He wrote, “The time is at hand when the Black man must pause and take serious note of the rapid current of world events. Life for the People of African stock has been for the past three centuries, a relentless struggle for survival.”

“The Black man’s menace has been, and still is, the white man’s diabolical and determined plan to commit GENOCIDE!” Cooks wrote “Even as they exterminated the American Indians and the Australian Aborigines, so too, every plan, every scheme, points to their murderous intent to liquidate the African people.”

7. Black nationalism the only solution

According to Cooks, the only way to secure a free future was Black people was through Black nationalism. In the African Nationalist Pioneer Movement national manifesto, he wrote, “The Black man, if he has any desire to survive, will have to embrace Black Nationalism — TOTALLY!”

He continued, “There is no permanent future for the Black anywhere in America…Next to the White man, the greatest enemy of Africa and Black opportunity, ranks the integrationist, civil righters, miscegenationist, and close behind, comes the Communist, and those who would encourage the Black man to take his problem to the Lord in prayer and leave it there.”

Cooks coined the phrase “buy Black” many years before it was popularized by others, The Amsterdam News reported.

Klytus Smith, Abiola Sinclair, and Hannibal Ahmed, described Cooks’ commitment to the movement in the book, “The Harlem Cultural/Political Movements, 1960-1970, From Malcolm X to Black Is Beautiful“:

“He was the embodiment of commitment without egotism, and courage that would not falter or crumble even under the constant bombardment by the media’s propaganda meant to destroy the minds of a rich and noble race.”

10. Another side of Cooks

Outside of his activism, Cooks had other interests. He is said to have loved sports and been a boxer. He also attended the leadership school in the Voodoo Sacré Society, Black History Heroes reported.

Rep. Jackson Lee Will Come Out Of Hiding After Calls For Edits On HR40 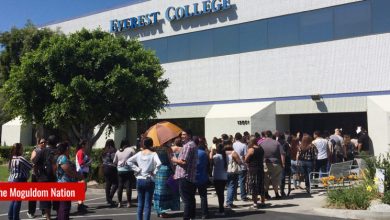 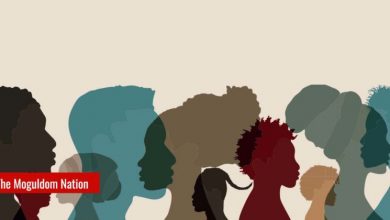