The countdown to midterm elections is underway as candidates and groups ramp up efforts to mobilize voters. But a little-known policy change called 10DLC could make voter outreach, particularly to Black voters, more difficult this election cycle.

Released by the country’s top wireless carriers, 10DLC is a registration system for entities texting individuals using a 10-digit long code. As reported by Vox,10DLC refers to the ten-digit long code used for “high volume” text messaging, usually through an app. (Read more from Vox about the new changes here).

Businesses, non-profits, political campaigns and other entities using this type of text messaging are expected to register with the Campaign Registry. According to the outlet, those entities that do not register will face higher fees and slower delivery rates which could impact efforts to get quick information out to voters.

Democratic political committees, the Congressional Black Caucus PAC and even voting rights groups have attempted to engage the mobile carriers around this issue. Vox noted that while they are not as vocal, Republican campaigns have also expressed concern about the overreach of Big tech.

In a letter to AT&T’s CEO, on behalf of the Congressional Black Caucus PAC, Rep. Gregory Meeks outlined the group’s concerns with the 10DLC policies and potential interference with outreach to Black voters. He noted that Black voters in Washington State and North Carolina were four times as likely to have their mail-in ballot rejected than their white counterparts.

Meeks also took issue with AT&T’s 10DLC requirement that people affirmatively “opt-in” to receive text messages from the recipient. An opt-in approach adopted by the state of Georgia for automatic voter registration saw a significant decrease in voter registrations after a change last year.

Opting into civic engagement text messages will automatically shrink the pool of eligible voters available to contact. Many people do not know there is information they are missing until it’s too late. And given the disproportionate way Black and other voters of color are impacted by poll closures and consolidations, “routine roll maintenance,” and signature match issues voting rights groups need to be able to contact voters quickly so that their voices and votes can be counted.

Krishna Ghodiwala, a political strategist, specializing in texting and other technologies, told NewsOne that at the highest level, 10DLC was supposed to increase transparency and take action against bad actors. But there have been issues with how it’s been implemented and how information is given out to people using text messaging as a part of their advocacy.

“It was clear that nobody who was a decision maker had considered how these policies would impact very sensitive spaces, like political, like advocacy,” Ghodiwala said. “We’ve been explaining to the carriers and their partners for over a year now that these policies are going to make it easier for bad actors to continue sending their bad messaging. And it’s going to make it harder for good actors to reach communities of color.”

But for “good actors” to reach voters effectively, they need clear and consistent information about how to comply with the new 10DLC policies. From her experience working in the political texting space, the program’s rollout has been riddled with misinformation and some confusion, causing concern for many groups.

“Part of the problem is that every major carrier — when you talk about Verizon, AT&T and T-mobile — they all have different processes and systems in place,” Ghodiwala began. “They all have different algorithms for how they deal with spam. And so, there is not a lot of clarity on how things are going to be treated. Because at the end of the day, a small handful of people at each one of these carriers are making the decisions.”

Ghodiwala said that text is a valuable tool for updating people about basic election information and can also help engage voters with a primary language other than English.

Jacquelyn Lopez, a voting rights attorney with the Elias Law Group, told NewsOne that part of the issue is the lack of “sufficient information” on the registration process, the standards used to determine whether there has been a violation and how to cure problems discovered. From her experience, Lopez said she was not able to find consistent written guidance across all carriers.

Lopez also stressed that these are policies adopted by wireless carriers, not government agencies. So, the individual carriers can choose how to enforce them without real standards.

“It’s a huge burden on clients that already have a lot of legal requirements to worry about,” Lopez said. “We need to be talking to voters about key issues and mobilizing. Not focused on trying to still understand an unwritten policy being put forth by a wireless carrier.”

Part of the issue is that mobile carriers could freeze service, essentially locking an organization’s ability to text. It’s also unclear what the proper mechanism would be to resolve the issue. So, a group could be out of luck if it’s a rapid response moment or GOTV event.

Texting is also an excellent alternative for candidates and voter engagement campaigns to reach potential voters if they have limited funding or other barriers to sending out mailers or hiring canvassers. While some campaigns may not follow texting best practices and come across more like spam, many people want to engage the right way.

“Using volunteers to engage via text message with voters is one of the best tools we have in our toolkit,” Lopez said. “These policies that they’re implementing are just going to be catastrophic to those efforts.”

People like Lopez and Ghodiwala welcome efforts to address spam and bad practices in texting. Some best practices that could be adopted under the 10DLC program include providing clear opt-out language, not texting before or after a specific time, not using misleading links or language and identifying who the sender is and the organization they represent. Many campaigns and grassroots texting operations utilize these best practices.

Existing rules from the Federal Communications Commission distinguish broadcast messages and person-to-person texts, with the latter not generally requiring a prospective voter to opt-in expressly. Ultimately, not having federal oversight or standardization leaves a major component of protecting democracy up to big corporations. And protecting democracy is not a part of their bottom line.

“They’re focused on their own business needs,” Lopez said. “We just want to make sure that we find a compromise so that the carriers’ goals line up with the core First Amendment rights of political entities and candidates to talk to voters and to ensure full and accurate participation in our democracy.” 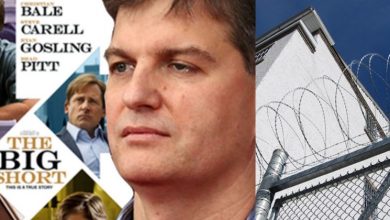 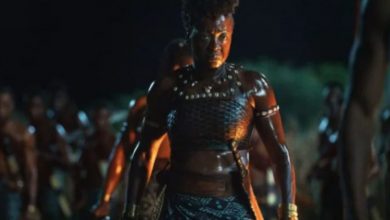 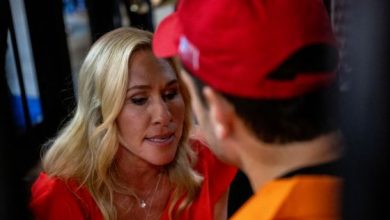 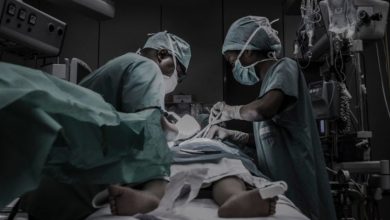