Political cartoonists play a major role in capturing the issues of the day. One of the best was Nation of Islam cartoonist Eugene Majied, whose political illustrations appeared regularly in the NOI newspaper Muhammad Speaks.

Majied never held the title of a nation of Islam minister, he functioned as one through his art work. He used his gift as a cartoonist to help spread the NOI message and to enlighten others about social issues.

1. Who is Eugene Majied

Majied was born in 1926 in Spartanburg, South Carolina, as Eugene Franklin Rivers. Majied also illustrated under the names “Frank Lee” or “Lee” but did his most well-known work under the name Eugene Majied.

Majied’s parents were both college-educated, and his father was the principal of Spartanburg’s only high school for African-Americans, according to Majied’s son, Eugene Rivers, a Boston-based activist and Pentecostal minister. Majied was attracted to the art world early on. He studied art at the School of the Museum of Fine Arts in Boston, before serving in the military during World War II, The Comics Journal reported.

After the war, Majied moved to Chicago, where worked as a janitor in a local department store. But art was still a goal.

Having to provide for his family forced Majied to his art deals aside and, according to his daughter, Genelle Majied, this frustrated him to the point that he started drinking heavily.

But when he could, she recalled to The Comics Journal, that he enjoyed drawing chalk portraits of family members. He was also a faithful reader of the newspaper comics.

“When I was a little girl, he was always giving me the funnies to look at. ‘Nancy’ by Ernie Bushmiller, Steve Canyon,” she said.

It was Majied’s wife who encouraged the frustrated artist to return to art, and he found work at Chicago’s Black-owned newspapers such as The Chicago Daily Defender.

When Majied worked with the Chicago Defender, it was during a “groundbreaking period when it was the only Black-owned newspaper to employ an art department of six artists simultaneously,” according to Tim Jackson’s groundbreaking book Pioneering Cartoonists of Color.

“When I went to see him, he would design the newspaper and take it to show the old man, Elijah Muhammad, and he would look it over and put his initials on it, and it would go to print,” recalled Majied’s son, Eugene Rivers, to The Comic Journal.

5.Majied and his Muhammad Ali connection

One day a boxer, then named Cassius Clay, was in his hometown of Louisville, Kentucky, when a member of the Nation of Islam sold him a copy of Muhammad Speaks.

The NOI member tried to convince Ali to go to a meeting, but Ali remembered, “I had no intention of going to any meeting. But I did buy the Muhammad Speaks paper. And [one] thing in the paper [made] me keep the paper, and that was a cartoon.”

That cartoon was entitled “How We ‘Lost’ Our Language,” and it was published in the December 1961 issue of Muhammad Speaks.

6.”How We ‘Lost’ Our Language” cartoon

Even years later, Ali said he recalled the cartoon. He remembered it in detail: The cartoon shows a plantation overlord encountering a male slave who is dressed as a Muslim. The slave is saying a prayer that is written in Arabic script. The overlord whips the man and demands to know what he is praying. The man, who is in pain, lies to the overlord, explaining that it is a Christian prayer. The overlord is seems satisfied.

“And I liked that cartoon. It did something to me. And it made sense,” remembered Ali.

Majied’s most iconic illustrations appeared on every cover of later editions of Muhammad Speaks, and they also regularly appeared in a center fold.

8. An iconic drawing by Majied

One of Majied’s many iconic drawings is that of the serpent that deceived the whole world. The serpent had the head of Uncle Sam, with a body wrapped around every continent on Earth. It was featured as a centerfold in Muhammad Speaks.

In 1961, the  Muhammad Speaks paper moved to the NOI offices Chicago. This is when it began national circulation as a weekly paper, meaning Majied’s cartoons were seen by more people.

10.The power of political cartoons

Majied’s cartoon in Muhammad Speaks covered the civil rights struggle, the war in Vietnam, the rise of African independence among other occurrences, JSTOR Daily reported.

“The political cartooning of Eugene Majied was an important vehicle for expressing disaffection with the idea that structural racism could be dismantled through marching and civil disobedience,” JSTOR Daily reported. Majied’s cartoons marked history. Take for example two weeks before the historic March on Washington, Majied’s 1963 cartoon satirized the organizers for caving to the demands of President John F. Kennedy’s administration.

Muhammad Speaks grew to be a well-respected publication with world leaders, such as Kwame Nkrumah the President of Ghana, and Achmad Sukarno of Indonesia, writing guests columns. The artwork of Majied helped solidify the newspaper status as a major media organization.

Majied’s artwork not only accompanied many feature articles his drawings appeared on every cover of later editions of Muhammad Speaks, and the other regularly appeared in a center fold.

Exclusive: Stackwell Capital Announces Launch Of Robo-Investing App, Plans To Team Up With NBA, WNBA To Accelerate Its Efforts 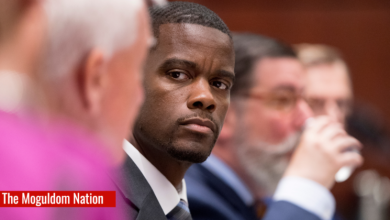 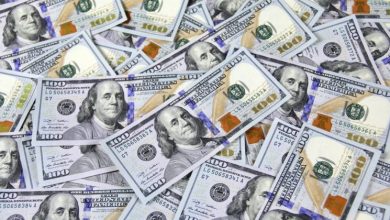 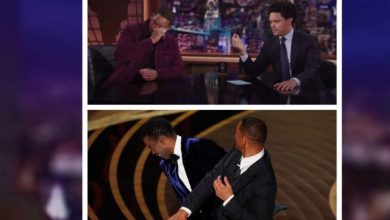