There seem to be two sides to Airbnb. One side is that of a successful, innovative company, one that took home-sharing to a new level. The other side is that of a company that strives to keep its customers and others in the dark about major, and at times dangerous, problems. All things on the dark side are handled by a secretive team.

Airbnb was founded in 2008 by design students Brian Chesky and Joe Gebbia, along with engineer Nate Blecharczyk, and has grown from a “funky couch-surfing alternative to one of the biggest hospitality companies in the world,” Bloomberg reported.

A “rare profitable unicorn,” the company went public in December 2020. Today, the company has 5.6 million listings and a $90 billion market value.

It also has a lot to lose and it works hard to keep its skeletons in the closet.

Here are three things to know about the secretive team that keeps Airbnb’s problems quiet.

Airbnb appears to hide anything that could hurt the brand, especially dangerous security breaches. When an Airbnb guest at a Manhattan apartment was allegedly raped at knifepoint by someone who had keys to the property, Airbnb paid off the victim with $7 million on condition she not speak publicly about the incident.

The company has pulled in big-name players to handle its security matters and leaks. Nick Shapiro, a former deputy chief of staff at the Central Intelligence Agency and National Security Council adviser in the Obama White House, was crisis manager for Aibnb at the time.

The security team at Airbnb managed to keep the incident, and others, out of the news — for a while, anyway. The company’s safety team is shrouded in secrecy. Insiders have nicknamed the team “black box,” Bloomberg reported.

The black box team, of which Shapiro was part, has paid guests and hosts millions of dollars after incidents at rental properties, Short Term Rentalz reported.

In recent years Airbnb spent an average of about $50 million annually on payouts to hosts and guests, including on legal settlements and damage to homes, according to a confidential document seen by Bloomberg Businessweek.

Airbnb Whistleblower @Susan17Airbnb went to Twitter to accuse Airbnb of operating “so stealthily that very few are even aware of it…Airbnb has played a blinding game, turning neighbour against neighbour, while quietly working own agenda in background, amid the distraction.”

Airbnb Whistleblower is a super Airbnb host who dishes out inside info on Twitter. She has aTwitter feed full of disclosures about the tech giant. She explains, “I am Susan17. 10 yr Airbnb s/host. Exposing Airbnb’s secrets, lies, abuses and deceptions. Debunking the myths, deconstructing the spin. Telling it like it is.”

Now that Airbnb has gone public, it has truly become big business. All the more reason to keep disruptive issues hush hush. The Airbnb tam is also working overtime to downplay the consequences of the IPO, such has the loss of individual hosts. This Airbnb doesn’t seem to want the public to know — it doesn’t typically disclose data on its hosts.

In 2020, it was forced legally to hand over personal data on its hosts in New York City after the city sued the company.

One things Airbnb doesn’t want the public to know is that hosts are no longer just your average homeowner trying to make some extra cash on the side.

Airbnb Whistleblower tweeted tweeted, “While Airbnb continue to (successfully) sing the ‘live like a local/all about helping the little guys stay in homes’ tune in order to reel in mom-and-pop investment $$$, their true goals are VERY different”

Individual hosts have shrunk from 47 percent of all listings in March 2018 to just 37 percent (and dropping), while property managers with 100-plus listings have most grown in numbers, according to data analysis firm Transparent.

Airbnb Whistleblower tweeted, “Airbnb sold entire IPO on omissions, misrepresentations & fairytales In reality, your next Airbnb hosts far more likely to be Airbnb itself or faceless REIT, & your ‘Airbnb’, the former home of family who lost it to vultures thru Covid”

Airbnb Whistleblower noted this trend in a tweet, “It’s gone WAY beyond just tourism companies buying up properties to Airbnb now. REITs and vulture funds are hoovering up millions of properties worldwide from regular people who have lost their homes due to the pandemic. Airbnb working both directly & indirectly with the vultures”

You can read the whole Airbnb Whistleblower thread here: 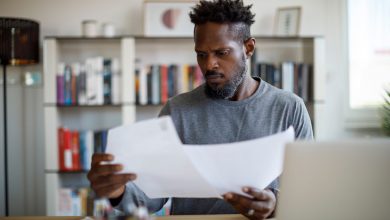 This Black Woman Took Her Last $10, Invested It Into NFTs — And Now Says She Makes Six Figures 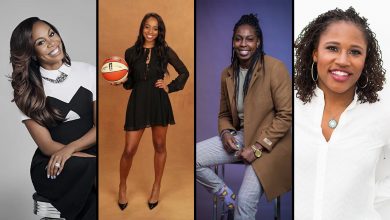 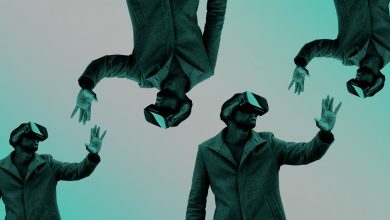 Op-Ed: The Metaverse Should Be A Beacon Of Diversity