Reparations are not a privilege, they are a right and just one component of a much-needed Black agenda that has yet to be adopted by policymakers. That’s the stance of the National Assembly of American Slavery Descendants, a conglomerate of member and affiliate organizations formed in 2019.

The group’s mission is to fiercely advocate for the “long overdue” payment of the debt owed to Black American descendants of chattel slavery in the U.S. NAASD works at the local, state and federal levels to push a restorative justice and reparations agenda.

NAASD is working with legislators to influence reparations policy, hosting community meetings, and organizing and raising awareness about AB-3121 – the bill that established the state of California’s Reparations Task Force.

“A lot of us are doing this work because there’s a window of opportunity that we recognize opened up over the last couple of years,” NAASD Co-Secretary Chris Lodgson told The Moguldom Nation in an exclusive interview. “We haven’t been this close to the passage of a reparations bill since the ending of the Civil War.”

Earlier this month, NAASD released the initial phase of its comprehensive R.E.P.A.I.R. Act entitled “Priorities for Presidential Action.” This phase highlights policies that can be immediately implemented by the Biden-Harris administration to support Black American descendants of U.S. slavery.

In addition to fighting for reparations and recruiting members to help advance its cause, NAASD wants to fix HR 40 – the federal bill that seeks to create a commission to study and develop reparation proposals for African-Americans.

“We have our ideas for how to strengthen HR 40 because we think it can be improved, but let’s just be real. The fact that that bill moved out of the House Judiciary Committee in April and is now potentially on its way to the House floor for all 435 members to vote on … that’s a place we’ve never been with any reparations bill ever,” Lodgson said.

NAASD Co-Secretary Lodgson joined co-facilitators Khansa “Friday” Jones-Muhammad and Mark Stevenson. from member organizations NAASD Los Angeles and Ohioans For Federal Reparations to speak with Moguldom about how they went from being familiar names on Twitter to brothers and sisters in the movement.

What began as an “organizer’s circle” of at least 50 people on Juneteenth has blossomed into a self-funded movement working to spread a reparations message across the country, Jones-Muhammad told Moguldom.

“We have, as a collective, worked with Dr. (Sandy) Darity on our version of what H.R. 40 should look like,” Jones said. “They are not intended to be a complete repair, but (rather focus on) some immediate areas that we know Black folks need investment in from the government.”

Stevenson, who resides in Columbus, Ohio, joyously recalled how he connected with the group. “I started meeting other like-minded people here in Ohio and I said, ‘OK, if you believe in reparations, how about you come and join me and let’s advocate for reparations from an Ohio standpoint.’ Then we merged with Friday and Chris,” Stevenson recalled. “We all got together and it sprouted like wildfire. You started seeing all these chapters sprout up all over the place.”

They are working to emulate California’s AB-3121 bill in Ohio, which has a deep history of systemic racism and oppression, Stevenson added. “There are a lot of sundown towns here in the state. There’s a lot of discrimination, a lot of racism, a lot of policies that have been put in place that have disproportionately affected Black people.”

In addition to California and Ohio, NAASD has chapters in New York, Illinois, Texas, Florida, Connecticut, Washington, D.C., Maryland, Virginia and Indiana. There is a chapter pending in Nevada, among other states.

In just two years, the organization not only helped change the language of California reparations bill AB-3121 to be more targeted but also influenced who became a part of its task force.

“When the bill (AB-3121) was introduced in 2019, the bill was a carbon copy of H.R. 40, just a state version of it. We had been thinking of ways to make H.R. 40 stronger, so we worked to make some of the improvements and strengthen some of the language in the state version,” Lodgson said.

Lodgson said NAASD was successful in working with legislators on two key pieces of AB-3121’s language. They changed the wording from “African Americans” to “African Americans who were descended from persons enslaved in the United States.” They also made sure AB-3121 would note that “the California effort cannot and should not be used in any way to stop federal reparations.”

Kamilah Moore is the chairwoman of California’s Reparations Task Force, and NAASD suggested her as a highly qualified pick. “We wanted to make sure we recommended people that were open, transparent and responsive to community voices,” Lodgson said. The tasks force has had two public meetings thus far.

While NAASD advocates for reparations for BADOCS from a lineage standpoint, they do not disparage other Black people in the African Diaspora. The leaders said they are happy to give and receive support from Black people across the globe who are also fighting for reparations from their respective oppressors.

“It’s important, especially with NAASD, to not have our message present in a way that somehow makes others feeling less than. That is not how we share our message,” Jones-Muhammad said, noting her Barbadian and Indigenous ancestry through one of her grandparents.

“I think this has to be clear. … There is a debt that is owed to the descendants of the slaves that were enslaved here in the United States,” Stevenson said, noting his wife’s Black American and Panamanian ancestry. “We can put that message out there without seeming xenophobic and making it seem like it’s all about us and not about anybody else.”

NAASD has made some notable strides including Jones-Muhammad being selected by Mayor Eric Garcetti for the Los Angeles Reparations Commission. Garcetti “gets it” when it comes to the need for reparations for Black Americans descended from U.S. slavery, Jones-Muhammad said. The group has also secured the support of high-profile Californians like Rep. Maxine Waters and Ice Cube, and hosts a podcast called “Politics In Black.”

While grateful for the progress, the group says it has more work to do to raise America’s consciousness. “What people don’t understand about structural racism, institutionalized racism, is it boils down to individuals who make policy and have power over other people. There’s not some government that is devoid of people,” Jones-Muhammad said. “We have to get the people to change.”

NAASD also expressed disappointment in being unsuccessful at ensuring that AB-3121 mandates the state legislature to take action on some of the proposals the reparations task force submits. “Right now, there is no requirement the California legislature actually take up those proposals, so we have another fight after this … and that is a fight that we’re looking forward to,” Lodgson said.

The work is not always easy, but the three NAASD leaders said they won’t rest until reparations for Black American descendants of chattel slavery in the U.S. are realized.

“If there was a perfect reparations bill right now that we loved right now, we wouldn’t be able to get it through Congress and to the president’s desk to sign it because the public’s not there,” Lodgson said. “Our work is not going to stop. We have to get to the right types of reparations proposals and that’s the majority of our work now, but we know our work is not going to end there either.”

To the people who believe reparations are not necessary or not deserved for Black American descendants of U.S. chattel slavery, NAASD’s leaders said this:

“It’s a fallacy to believe that we don’t deserve it. If you understand the system of white supremacy and how it operates, then you understand the need,” Stevenson said. “When our ancestors were fighting for civil rights, they were fighting for equality, but they were missing the equity portion. There are inherent factors that are embedded into the fabric of this country that have systematically kept Black people as a lower class… So we’re fighting for the equity part of it.”

“You can’t tell the injured party that we don’t need reparations. The data points exist without you trying to have to look too hard so I don’t understand that being an argument because it’s not a valid argument,” Jones-Muhammad said. “You don’t stay at damn near zero because of your lack of trying, but when people drop bombs on you and they run a lake over your community, you’ve had a setback.” 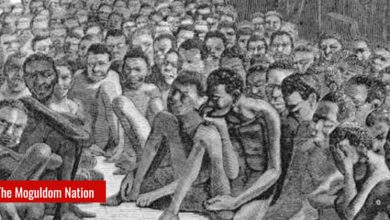 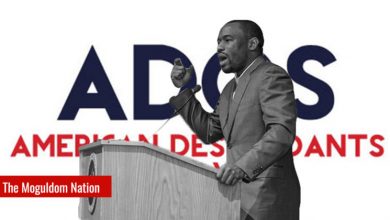 ADOS Is Most Powerful And Influential Group In Reparations Conversation 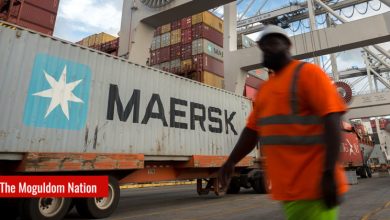 Slave-Built Infrastructure Still Creates Wealth In US, Reparations Should Cover Past Harms & Current Value Of Slavery