Former Honduras President Juan Orlando Hernandez was detained by police in Tegucigalpa on drug trafficking charges on Tuesday, Feb. 15, nearly three weeks after he left power and an arrest and extradition request was made by the United States.

Hernandez, 53, and his brother, Juan Antonio ‘Tony’ Hernandez, 43, are accused of turning the small Central American Republic into a narco-state whose political and economic power is dependent on illegal drug trafficking.

They are said to have smuggled at least 185,000 kilos of cocaine into the U.S.

Juan Antonio was arrested in Miami in 2018, tried in New York, found guilty and eventually sentenced to life plus 30 years in prison on March 30, 2021, according to The New Yorker. However, the older Hernandez remained free throughout his eight-year presidency despite rumors that he was just as embedded in the drug trafficking operation as his younger sibling.

That ended Tuesday when former President Hernandez surrendered to a U.S. extradition warrant and was escorted by police from his home in handcuffs, chains, and a bulletproof vest, Reuters reported.

“I am ready to collaborate and voluntarily arrive with their accompaniment at the moment that the natural judge appointed by the honorable Supreme Court of Justice decides it to be able to face this situation and defend myself,” the former Honduras president said in his native Spanish tongue in a voice recording he posted to Twitter, according to a translation by CNN.

Rumors that the Hernandez brothers were deeply entrenched in drug trafficking have circulated for years. President Hernandez adamantly denied the claims. However, a document from the U.S. Embassy charged him with being involved in an elaborate drug-smuggling scheme from 2004 through 2022.

“Hernandez received millions of dollars in bribes in exchange for protecting traffickers from investigation and prosecution, the document said,” Reuters reported. “The firearms charges included carrying, using, or aiding and abetting the use of weapons, including machine guns.”

Many Honduran people are angry with Hernandez, saying he used his position of power to enrich himself and his family while they suffered and the economy got much worse.

“The price of beans has risen so much, only the rich can eat them,” one Honduran woman said at Tony Hernandez’s sentencing. Another said her grandfather was murdered in the drug violence. Another man called President Hernandez a “picaro” – which means rascal.

Around the Honduras capital of Tegucigalpa, the words “Narco Dictador” – which translates to drug dictator – can be seen spray-painted in graffiti. There are also other phrases like “Feura J.O.H” – which means “Get out J.O.H.” – as the former Honduras president is known in his home country.

Hernandez’s former Security Minister Ramón Sabillón (whom he fired) told The Associated Press his former boss conspired “with cartels to traffic (drugs) and corrupt many public institutions, which led to social deterioration and undermined the application of justice in Honduras.”

Some have accused the U.S. government of turning a blind eye to Hernandez’s involvement in drug trafficking in previous years because it benefitted them to do so. Current and former government officials have gone on record confirming such sentiments.

“Throughout the past eight years of decay, depravity, and impunity, successive U.S. administrations sullied our reputation by treating Hernandez as a friend and partner,” Leahy said in a statement. “By making excuse after excuse for a government that had no legitimacy and that functioned as a criminal enterprise, U.S. officials lost sight of what we stand for and that our real partners are the Honduran people.”

READ MORE: 10 Things To Know About Gary Webb, The Reporter Who Linked The CIA To Crack Cocaine

Crescensio Arcos, a former U.S. Ambassador to Honduras, also spoke publicly about how the U.S. allowed itself to be blackmailed in exchange for support on immigration.

“The most important thing to our people is their access to the élites. It’s not important whether they’ve committed human-rights abuses, or even if they’re drug traffickers,” Arcos told The New Yorker. “J.O.H. is an evil scoundrel, and he outsmarted us because he figured out that by supporting us on drug interdiction and migrants he could blackmail us into going along with him.”

For some, the U.S. intervention was too little, too late. Dana Frank is a professor emerita of history at the University of California, Santa Cruz, and an expert on Honduras. She said the damage has been done.

“Hernández was able to wreak havoc with Honduras, with devastating costs, in large part because the U.S. supported him up to the last minute,” Frank told the AP.

The extradition process is expected to last three months. 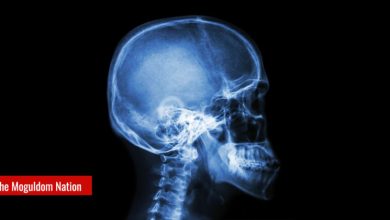 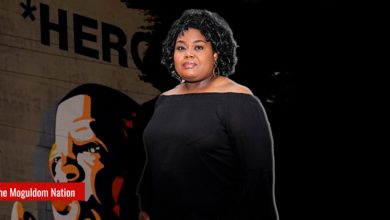 Who Is Cicley Gay? New BLM Board Chair Leans Into Accountability Questions And Future of BLM 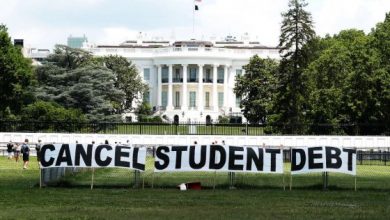 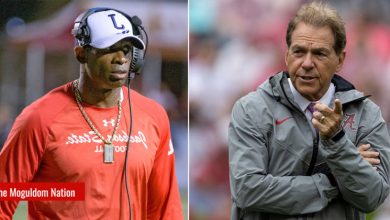