As the non-fungible token (NFT) market heats up, so too are scams surrounding the digital asset class. Many are warning that this NFT bubble is not only attracting speculators but also scammers who are committing Ponzi schemes.

Niche crypto assets, NFTs are a blockchain-based record of ownership of digital items such as an image or a video. The NFT market is considered a bubble — an economic cycle marked by a rapid escalation of market value, particularly in the price of assets.

Ponzi schemes were named after Charles Ponzi who swindled Americans out of $15 million in the early 1920s. More recently, Bernie Madoff pulled off the largest Ponzi scheme to date, conning thousands of investors out of $20 billion in principal funds. He was arrested in 2008 and died in prison on April 14 at age 82.

A Ponzi scheme is an investment that pays existing investors with funds collected from new investors. Ponzi scheme organizers often promise to invest your money and generate high returns with little or no risk. Instead, they use it to pay those who invested earlier and may keep some for themselves.

There are five areas of scams or frauds that have increased along with the NFT bubble, according to new research from Bolster, a fraud prevention platform. The scams include replica NFT stores, fake NFT stores, counterfeit or fraud NFTs, fake airdrops and NFT giveaways, and social media scams.

“Cryptocurrencies and NFTs have attracted the attention of cybercriminals,“ said Bolster co-founder and chief technical officer Shashi Prakash in a  Coindesk interview. “Anybody who is participating in these markets must be super vigilant because there are very few protections for people who get scammed.”

Some of the scams are being committed by NFT marketplace insiders.

OpenSea, one of the largest peer-to-peer marketplace for NFTs, confirmed today that one of its executives used insider knowledge when buying NFTs.

Nate Chastain, OpenSea’s head of product, bought NFTs that he knew were going to be displayed prominently on the site. Chastain was accused by Twitter users on Sept. 14 of buying items in OpenSea’s front-page collections ahead of the general release to the public, The Block Crypto reported.

OpenSea tweeted, “We’re conducting a thorough review of yesterday’s incident and are committed to doing the right thing for OpenSea users.” The tweet included a link to its official statement that read in part, “OpenSea team members are prohibited from using confidential information to purchase or sell any NFTs, whether available on the OpenSea platform or not.”

Low Mint @LowMintNFT didn’t seem satified by OpenSea’s statement and asked on Twitter, “How is this a new policy?”

Securities Times, a media outlet supervised by the Chinese Communist Party People’s Daily, reported that “it is common sense that there is a huge bubble in NFT transactions” and that “many buyers only focus on NFT as a format instead of the artwork or asset itself,” South China Morning Post reported.

Scammers will take advantage of this frenzy by speculators to participate in the market before the bubble bursts, warn observers. “Once market enthusiasm wanes and the hype cools, the value of these many strange NFTs will greatly decrease,” Securities Times predicted.

NFT sales surged in August. Speculators are counting on the growing interest to keep prices rising. Sales volumes recorded on the largest NFT trading platform, OpenSea, reached $1.9 billion in August, more than 10 times $148 million sales volume in March. In January 2021, the monthly sales volume recorded on the platform was around $8 million, Reuters reported.

“What we have seen are a few NFT collections popping up in the last few weeks that have been very successful at launch and sold out. That activity has then filtered over to OpenSea where buyers look to flip their NFTs for a higher price,” said Ian Kane, a spokesman for DappRadar, which tracks the market.

One NFT representing an image of a cartoon ape was sold on OpenSea for around $124,205. Two weeks earlier it was worth $61,329, according to Reuters.

These sales are ripe for scams, according to experts.

Imposters were recently selling NFTs by Serbian artist Milos Rajkovic who goes by Sholim. Rajkovic found out on social media. One impostor was trying to sell off 122 of his works as NFTs for as much as $50,000 combined, The Wall Street Journal  reported.

“People are getting robbed,” Rajkovic said. “I feel responsible because they love my work and someone is using me to steal from them. It’s so frustrating.”

Rajkovic’s case is just one of many art scams in the NFT marketplace. Art collectors are especially targeted. “NFTs are supercharging the art market, but users warn they have a dark side. Scammers and hackers are increasingly exploiting security gaps in the rapidly expanding marketplace—and artists and collectors who aren’t crypto-literate are proving easy marks, cyber-defense experts say,” The Wall Street Journal reported.

Recently someone paid more than $300,000 for a fake NFT of artwork by the infamous artist Banksy. The artist’s spokesperson told the BBC that there weren’t any NFT actions associated with Banksy and that the artist hadn’t “created any NFT artworks.”

However, a collector who goes by the name of Pranksy purchased one for $300,000. But in this case, the scammer had returned the money Pranksy paid for the fake Banksy NFT, Verge reported.

Scammers aren’t only interested in selling fake NFTs, but also in your financial information. “Common frauds include creating phony NFT artworks and fake platforms that purportedly sell art but actually steal credit-card information. There are also phishing schemes and viruses that can drain users’ digital wallets, or online accounts that can store people’s financial details and cryptocurrency wealth,” The Wall Street Journal reported.

“Hackers are jumping in because a lot of people who aren’t tech-savvy are suddenly minting and trading NFTs now,” said Max Heinemeyer, director of threat hunting at Darktrace, a cyber-defense firm based in Cambridge, England. “Collectors see great art, but the guys in black hats see safeguarding gaps—and unlike at a museum, there are no guards standing around your laptop.” 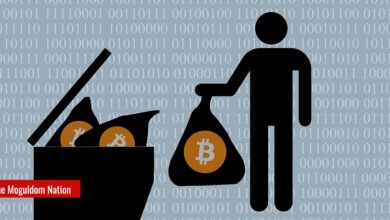 Most Cryptocurrencies Are Garbage, Going To Zero 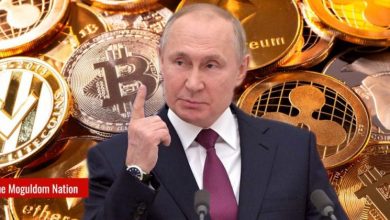 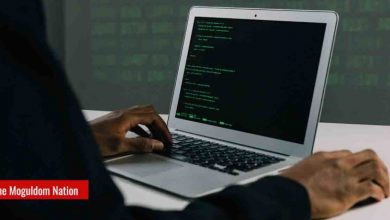