Actor Anthony Mackie, who last year made history as the first Black actor to play Captain America when he ascended to the role from his prior one as the Falcon in the Marvel Cinematic Universe, is reportedly building a studio in his popular southern hometown.

The New Orleans native has purchased 20 acres of land in his hometown and plans to build his new production company, East Studios LLC, multiple sources familiar with the deal told NOLA.com.

Mackie, 43, closed the deal Friday, March 18 for the land on Read Boulevard near an Interstate 10 service road in New Orleans East, an area of mostly suburban neighborhoods and wetlands. He is looking to purchase more land nearby, according to NOLA.com sources.

Though Mackie has built a successful Hollywood career as an actor, he began producing a few years ago and has been open about his desire to do more behind the scenes. As a producer, he has Apple TV+’s first major theatrical release, “The Banker,” and “Outside The Wire” to his credit.

Mackie himself has not confirmed what the land will be used for. However, New Orleans Mayor LaToya Cantrell confirmed Mackie’s intentions on Twitter.

“The New Orleans East is making a comeback, bam,” Cantrell tweeted. “New Orleans own Anthony Mackie is opening a HUGE 20-acre film studio! This is INCREDIBLE !! The influx of productions will not only bring economic growth but job opportunities!”

A proud NOLA native, Mackie is following a pattern in his family. Many family members have been working to revitalize the city. New Orleans East was severely flooded when the levees failed during Hurricane Katrina, which destroyed or damaged more than 850,000 homes in the region. This isn’t his first time going home to invest. He also did so after the 2005 hurricane.

“I loaded up my truck, I moved back to New Orleans, built a house,” Mackie told The Guardian in a 2011 interview. He also noted the government did very little to assist.

“Every time I go home now, I feel it with everybody who’s stayed and rebuilt, the magnitude of we did it,” Mackie said. “Even when the federal government f**ked us, we did it on our own. We’re in a position where we can say we did it without your help, so kiss my a**.”

If the reports are true and Mackie uses the land to build a full-scale, end-to-end studio, officials said it will be a game-changer for the city, which is already a popular site for many productions.

“We were one of the pioneering states in terms of offering incentives to filmmakers, and we’ve done a great job in terms of building state-of-the-art stages,” said Chris Stelly, the executive group director of entertainment and digital media at the Louisiana Department of Economic Development. “A full-fledged studio where you have everything in-house, that’s the ultimate goal.”

PHOTO: Anthony Mackie arrives at the premiere of the film “Seberg” at the Venice Film Festival, Italy, Aug. 30, 2019. (Photo by Arthur Mola/Invision/AP)

Meet Kya Johnson, The Attorney Who Received A Grant From Beyoncé To Create AR Children's Books 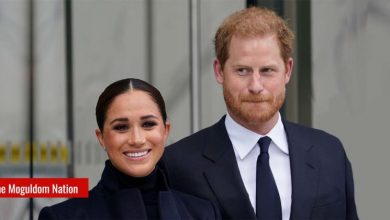 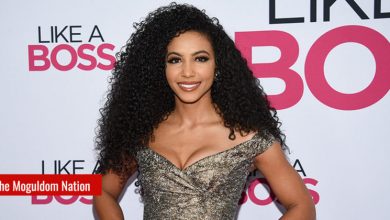