When Dave Salvant and Songe LaRon founded tech startup Squire in 2016, they wanted to help barbershops achieve greater success by streamlining operations. What they didn’t anticipate was a global pandemic hitting a few years after launching that would immobilize their customer-base for months on end.

Now, after seeing their net revenue drop to “zero” in March when barbershops across the country were forced to close, the Black-owned tech company has tripled its valuation from $85 million to $250 million with the help of investors in its latest round of funding.

“We just took off like a lightning bolt,” Salvant told TechCrunch after the company raised $60 million in funding, including $45 million in equity capital and $15 million in debt financing.

Though the duo raised $8 million in 2018 during their first fundraising round and $34 million in the second right before the industry shut down, they said they needed that money to keep the New York-based company, and its 100-person staff, afloat.

A backend management tool, the Squire app allows barbershop owners to manage bookings, implement loyalty programs, offer a menu of services and accept contactless and cashless payments, a feature which is extremely popular in the current coronavirus climate. The company makes a profit by charging a monthly fee for its services, which ranges from $30 to $250 per month based on the barbershop’s size and needs.

Long conduits of the culture in the Black community, the duo noted how significant barbershops are for a variety of reasons. “Barbers are part-time therapists for guys,” LaRon told TechCrunch. “They don’t look at it as a job, they look at it as a life calling.”

It’s why they emphasized Squire’s goal is not to replace barbers, or their staff that manages operations, but to assist them. “We don’t want to replace that relationship a guy had with the barber. We just wanted to take away all the annoying things about it,” Salvant said.

Salvant and LaRon said many people don’t realize the complexity that barbershop operations include because they are simultaneously dealing with multiple transactions. One Twitter user who commented on LaRon’s tweet announcing their latest round of funding underscored that point.

“Thanks for helping digitize appointments at the barbershop. (It seems small, but think of the hassle it is without tech for a barber to answer the phone while cutting hair),” wrote user @TSell89.

Salvant said Squire took on the debt-financing to provide a banking-as-a-service feature to barbershop owners. “This market is underserved by traditional financial institutions, and we think there’s opportunities to help these owners with financial tools,” Salvant said.

Brandon Sands, professionally known as Booz, is the founder of Atlanta-based luxury brand Groom Kings (formerly known as Booz World Premium Grooming Services). A veteran of the industry with more than 20 years of experience, his clientele ranges from artists like Jeezy, DJ Holiday and Future to athletes, lawyers, record executives and real estate moguls.

Upon learning about Squire, Booz downloaded the app to see how it measured up. “If it turns out that they’re doper than the software I use now, I’d definitely switch over,” Booz told Atlanta Black Star.

Booz added that his current software company, GenBook, provides convenience for his scheduling and payment needs; but if Squire can offer legitimately robust financing, he feels that sets them apart.

“We as entrepreneurs are always looking for access to capital. Does their financing component mean they’re actually forging real financial partnerships to solve the problem of lack of capital that many of us in this industry face or are they just promoting the next credit card for financial institutions? I want to understand more about their vision concerning this,” Booz said.

LaRon said his work with Squire and the things highlighted by the pandemic — including people struggling to cut their own hair — taught him and Salvant how universally important the barbershop experience is.

“We learned it resonated with men from all walks of life, all races and ethnicities and was really kind of a universal experience. So we saw an opportunity for a tech company,” LaRon said.

The duo also noted most people have no idea how large the barbering industry actually is. They themselves had the epiphany when they attended the Connecticut Barber Expo last year, along with over 15,000 others.

“Most people don’t know about it, most people wouldn’t believe it until they saw it,” Salvant said. “It serves as a reminder how powerful it is.”

Akon's SUV Stolen In Atlanta While He Was Pumping Gas 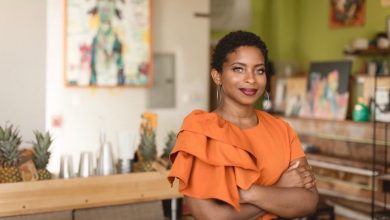 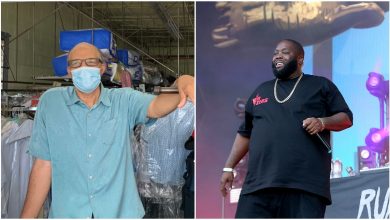 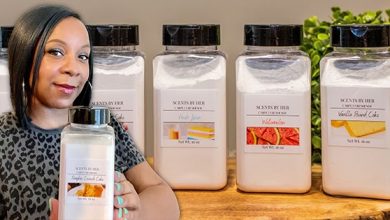