In a show of intergenerational love and friendship, legendary songstress Anita Baker thanked Chicago MC Chance the Rapper for helping her get ownership of her master recordings.

Baker gave Chance the shout-out at one of her sold-out Las Vegas residency shows at the Venetian Theatre on Sunday, May 29.

“Would you guys say hello to a friend of mine by way of the music industry and by way of helping me to get a hold and ownership of my master records, Mr. Chance The Rapper is right there,” Baker said from the stage.

The audience erupted into applause. Chance stood up, waved at the crowd and took a bow in response.

The lovefest didn’t stop there. Chance and Baker also exchanged kind words on social media the next day when he expressed his immense admiration for the soul icon in a tweet.

“I saw one of THE greatest performances of my LIFETIME last night! Thank you so much @IAMANITABAKER for being an inspiration and an icon to so many of US,” Chance tweeted the same day.

To this Anita Baker responded, “Had no idea you would be in our Midst. Such a nice Surprise. Brought Tears, to my eyes. Hope Ms. Essence enjoyed her Birthday.”

“WOW the fact that you remembered my friends name AND that it was her birthday just echoes what an INCREDIBLE PERSON you are on top of all that you’ve given artistically,” Chance replied. “Honored and blessed to call you friend miss @IAMANITABAKER.”

Baker announced she’d won her master recordings back in September of 2021, tweeting, “All My Children Are Coming Home Catalog” before adding “Impossible Things Happen Every. Single. Day. Gratefully.”

She made the announcement months after asking fans not to buy or stream her music as she fought for ownership of her seven studio albums and one live album. Baker cited copyright reversion, which allows artists to retain their copyrights after 35 years.

While Baker did not say how Chance was instrumental in helping her retain the rights to her master recordings, people weighed in on social media about how dope they thought it was.

“And this is why we as a people are divine by nature. @IAMANITABAKER and @chancetherapper this is a perfect example of how to show love to family,” @iammahalieka tweeted in response to a clip of the moment.

“Thank you Jesus for placing Chancelor in a position with a mindset to help others. Chance always remember for whom much is given much is required!!!” @mamajann57 wrote.

“NOW this should be trending…This is AMAZING nothing but respect for @chancetherapper,” @dariusrandlenetwork posted on Instagram.

“Yes Lord, Thank you!! We need to stand up for each and one of other,” @officialqueenhollywood commented under Black Wall Street’s Instagram post highlighting Baker’s acknowledgment of Chance.

“Chance The Rapper hands down my Brother‼️ Much respect to you for being the Man you are ‼️,” @lydell8_pisces commented.

Chance wasn’t the only hip-hop icon Baker acknowledged in the audience during her Las Vegas residency. She also paid homage to Lil’ Wayne, who attended her show on Memorial Day.

They discuss the high stakes for Black America not scaling up in technology and the potential to weaponize tech against us, whether hip hop dumbs the people down and what a hip-hop summit would look like in 2019.

Chance the Rapper performs on stage at the Pre-Grammy Gala And Salute To Industry Icons on Jan. 25, 2020, in Beverly Hills, Calif. (Photo by Willy Sanjuan/Invision/AP, File) 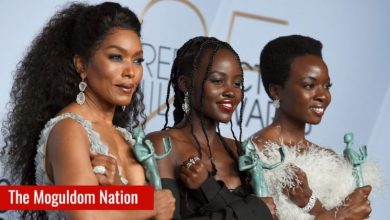 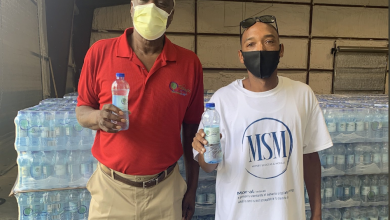 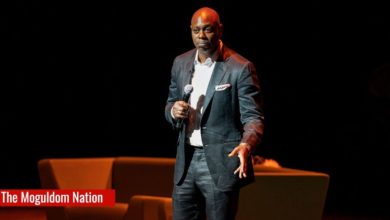 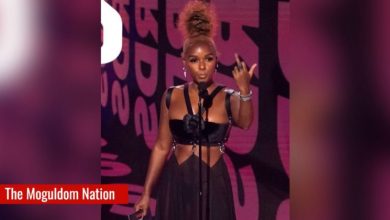