The governor of the U.K.’s central bank has warned of an “apocalyptic” food shortage due to rising prices and the war in Ukraine, and said he is “helpless” in the face of surging inflation.

Andrew Bailey, head of the government-owned Bank of England, told lawmakers that he has “run out of horsemen” when counting the shocks facing Britain, and his “major worry” over food supplies is with the developing world – where famines and drought have already devasted millions of people.

A new survey shows that about a quarter of U.K. respondents have resorted to skipping meals in the face of inflation and a worsening food crisis. More than four in five U.K. survey respondents said they are worried about rising living costs and their ability to afford basic necessities such as food and energy in the coming month.

Russia’s invasion of Ukraine in late February caused a geopolitical shock that added to the already bad recipe for a global economy struggling to get out of a two-year covid-19 pandemic with inflationary pressure, supply chain constraints and higher energy prices.

“I’m afraid the one I’m going to sound I guess apocalyptic about is food. There’s a lot of uncertainty around this situation,” Bailey told the Treasury Committee at the House of Commons. “Sorry for being apocalyptic for a moment, but that is a major concern.”

Northern Ireland Secretary Brandon Lewis said he was “surprised to see that kind of terminology”, insisting that supermarkets had already bought food supplies long in advance.

But Bailey’s comments came just days after a United Nations food chief warned that millions of people will die around the world if Russian President Vladmir Putin does not lift his blockade of Ukraine ports.

“Millions of people around the world will die because these ports are being blocked,” warned David Beasley, head of the United Nations World Food Program.

The Bank of England governor also blamed the war in Ukraine for the highest inflation rate in the U.K. for three decades.

U.K. inflation soared to 9 percent in April – its highest level for more than 40 years – as the rising cost of gas and electricity pushed household energy bills to record levels.

Bank of England policymakers are expected to act on inflation at their meeting in June by increasing interest rates for the fourth time since December to 1.25 percent.

Photo: A tin of tomatoes on a shelf at a London supermarket, Sept. 20, 2021. Retailers, manufacturers and food suppliers have reported disruptions due to a shortage of truck drivers linked to the pandemic and Britain’s departure from the European Union, which has made it harder for many Europeans to work in the U.K. (AP Photo/Frank Augstein) 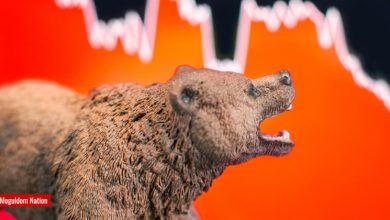 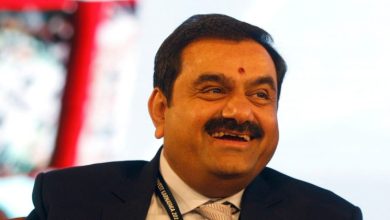 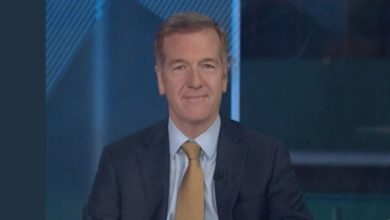 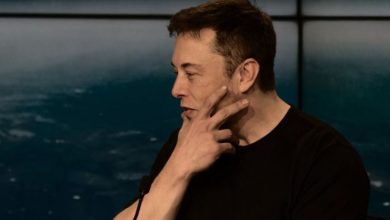