Some are accusing Florida Gov. Ron DeSantis of playing tit for tat with President Joe Biden while the state was emerging as the national epicenter of covid-19.

Florida accounts for around a fifth of all new cases in the U.S., NBC News reported on July 31.

While the White House and others have criticized DeSantis’s lax handling of covid protocols, the governor announced he’s not going to discuss covid until Biden secures the borders.

DeSantis is blaming immigrants for Florida’s current covid crisis. He charged that Biden is “importing” covid from around the world, Fox News reported.

“Why don’t you do your job?” the Florida Republican asked during a press conference on Aug. 4. “Why don’t you get this border secure? And until you do that, I don’t wanna hear a blip about covid from you, thank you.”

On that same day, Florida had a record 12,408 hospitalizations, and this comes as most people trying to cross at the Mexican border are being turned away, according to PolitiFact.

The Republican governor has come out against face mask mandates and is not requiring students to wear masks in schools.

In response, White House Press Secretary Jen Psaki tweeted that “23% of new COVID hospitalizations in the U.S are in Florida, and their hospitals are being overwhelmed again. We are doing everything we can to help the people of FL, and they’re stepping up by getting vaccinated – [and] we hope @GovRonDeSantis joins us in this fight,” The Orlando Sentinel reported.

Many on Twitter were concerned about Florida’s increase in covid cases.

Epidemiologist and health economist Eric Feigl-Ding @DrEricDing tweeted, ”’In last 10 days alone, before school has even opened, 4 school-aged children have been admitted to hospitals.’~a Florida school superintendent begs @GovRonDeSantis for temporary mask mandate in schools. This FL kid was in pediatric ICU for 3 days”

The tweet was accompanied by a photo of a hospitalized young covid patient.

He added, “Oh what the hell… @GovRonDeSantis is leaning into pretending not vaccinating is okay. What about the thousands hospitalized? Should Florida pay the hospital bills then? Should you be liable @RonDeSantisFL ?”

He followed, “while 11,000+ Floridians are hospitalized, Florida’s Governor goes out of state for fundraiser parties. All while ICUs are nearly full. Record surge. Complete moral emptiness.”

DeSantis tried to change the subject, calling out Biden instead. “This is a guy who ran for office saying he’s going to shut down the virus,” DeSantis said during the prss conference. “And what has he done? He’s imported more viruses from around the world by having a wide-open southern border.”

DeSantis even sent a fundraising letter to his supporters suggesting that “migrants” are responsible for climbing covid numbers, MSNBC reported.

Coronavirus cases among migrants have been surging at the southern border, and in one sector, the number of infected migrants recently skyrocketed almost 900 percent, Fox News reported.

He called the governor a Trump mini-me. “(DeSantis) is clearly Trump’s mini-me when it comes to handling the coronavirus,” Mehdi Hasan told MSNBC. “He’s as reckless and anti-science as Trump was. And that makes him as popular as ever with the conservative base — that does not seem to care about mass death in this country.” 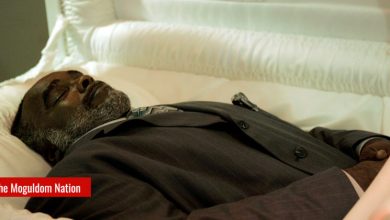 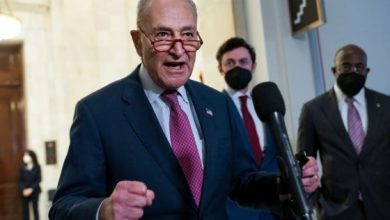 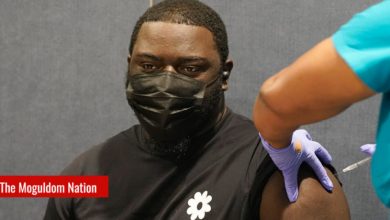 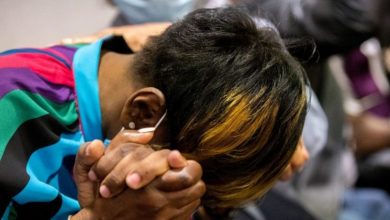