Ten days after announcing his 20th anniversary tour, the rapper passed away.

It is with a heavy heart that we share that Bay Area rapper, Baba Zumbi from the rap group Zion I, has transitioned due to complications of COVID-19. Considered a musical genius, he shaped a generation of Golden State emcees that focused on lyricism, East African mysticism, and creativity.

Baba Zumbi’s birth name was Steve Gaines, and he met his groupmate Amp Live (whose real name is Anthony Anderson) at Morehouse College. Later connected with K-Genius to round out Zion I’s hefty character. But alas he maintained the mantle of the group, whose musical profile rose to prominence in the late 90s and early 2000s, by becoming a one-man band for the last decade.

Amp Live and he recently announced on Instagram that they were reuniting to go on a 20th Anniversary tour to celebrate their beautifully crafted album, Mind Over Matter. The world tour was to start in Washington DC, hit NYC, Arkansas, Canada, England back to Canada, Utah, and then Colorado.

It was to continue in California for a while and then skip over to Oregon, Washington, and culminating in Canada.

The caption of his last post revealed how thrilled he was to take on this journey.

“Tell me your not excited! We have the MIND OVER MATTER REUNION TOUR happening later this year. Tickets go on sale in 2 days! We have @sarocthemc joining us for all the California Dates and @jperiodbk in NY / DC. Keep your eyes open for the ticket link!”

In college, where he zoned in on who he wanted to be, he rubbed shoulders with other exceptional individuals who would go on to be dynamos in their respective fields. His classmates included former U.S. Congressman and current Biden Administration Senior Advisor and Director of the Office of Public Liaison Cedric Richmond, political heavy hitter Stacey Abrams, film director Seth Mann, Broadway producer Alia Jones and the late Shakir Stewart.

Many have shared their condolences on social media.

“Bumping “The Bay” by Zion I on the way to Oakland. #RIPZUMBI”

“One of the biggest reasons why I fell in love with underground music. I can still remember the first time I ever heard your music & what that did for me growing up.. This s### hurts so much, R.I.P Zumbi of Zion I”

“This Zumbi thing has me shook for real. Like 80% of what I listened to in college was The Roots, Zion I and Little Brother. This sucks.”

“I don’t think I’ve taken my Zion I playlist off of my phone in years. And if I do, I don’t go long without it. Anytime is a good time to listen to them”

“Wow… Many different online sources reporting that Zumbi from Zion I has passed away. What in the actual f###?!”

“Hard to actually imagine how many times I listened to “Revolution (B-Boy Anthem” in high school. Zion I one of the few “backpack” Bay Area outfits that made it up here and permeated my friends group RIP ZUMBI”

Bubble In Venture Capital Has Investors Skimping On Due Diligence 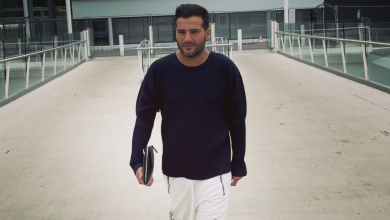 Guillaume Rassemi’s “On The Go” 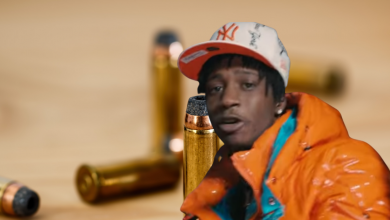