Benzino claimed he’s willing to go to jail in a Twitter rant, which saw him threatening a transgender woman named Shauna Brooks.

Benzino went on a Twitter tirade, threatening violence over rumors about an alleged romance with a transgender woman.

The veteran rapper lashed out at Shauna Brooks, the transgender woman at the center of the controversy, for allegedly spreading lies about him. Benzino shared screenshots of their private messages, which suggested he’ll hunt down and kill Brooks.

“This person has crossed a dangerous line and I’ve already accepted that at 56 years old I will die now or go to jail for the rest of my over my name, reputation and legacy,” he wrote. “This weirdo mf is playing with y’all, not me. He/she still haven’t said that we never met in person.”

Benzino also took aim at bloggers and YouTubers spreading rumors about him and Brooks.

“Anybody, and I mean anybody who had written a blog or on YouTube tryna make money off of this is about to be sued,” he wrote. “This internet will get someone killed for real, and know this, on my mother I dare a mf to say something IN PERSON to me about this false bs, I will put two in your face, continue with my day or night and call my lawyer to make sure he’s on point with my bail situation, get bailed go to trial and what happens happens.”

He continued, “I will go to jail for the rest of my life over this. I’ve lived a great life and will sleep good knowing that I defended my name honor, reputation & legacy. Idgaf about you commenting on here, this a safe place for cowards and p######, Im really outside and never in my life had security. Im not into chicks with d#### or gay men, if that’s what y’all like then that’s y’all.”

“If you say something going against the LGBTQ community they rally and raise hell but when these ‘transformers’ lie and try and trick straight men nobody from the LGBTQ community says anything,” he wrote. “So when they get found behind a dumpster with 2 in the face you shouldn’t say anything.”

He added, “If you had any sense at all you would notice every time the ‘transformer’ says anything it’s always ‘people’ or ‘men’ or ‘they’. It’s never ‘Benzino’ ‘him’ or ‘he’. Like I said I’m not playing wit anyone. You come in my physical space wit any of this, your family’s burying u.”

Benzino reiterated his willingness to go to jail over the situation before turning his focus back on Brooks.

“I’m willing to my sacrifice the rest of my moments left I have and make a cell my home or even die my honor, I hope you feel the same way,” he declared. “Oh yea, God will understand because he ain’t wit that transformer s### anyway. So I’ll still get to see my mother.”

Benzino accused Brooks of sharing fake texts before discussing their leaked conversation, which started the rumors.

“Now the punk is photoshopping texts smh this s#### crazy but it’s ok,” he wrote. “He going to hell not me. Go on my only fans, take pic and create some b####### conversation, he gotta be getting money for this because why risk your life for nothing? I never texted none of that, In the phone conversation I clearly said if anyone knew we had a ‘conversation’ what it would be.”

He elaborated, “Not a relationship because we never even spoke ok s### like that, the director of the movie ‘Cricket’ gave the transformers my number say he wanted to talk business about the crabtrap which was the only texts that happened. It’s ok tho. have fun now pay later.”

Benzino concluded with his regrets, noting he should’ve never spoken with Brooks on the phone.

“Should’ve went with my first instinct which was to scream on cricket & never communicated with this demented, mentally ill individual,” he explained. “But I tried to be cool and said to myself it was just business. Now after a leaked private conversation I know now it was a set up from the start.” Fat Joe To Raise Money For Victims Of The Bronx Fire 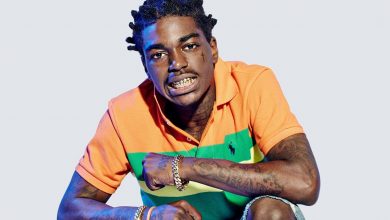 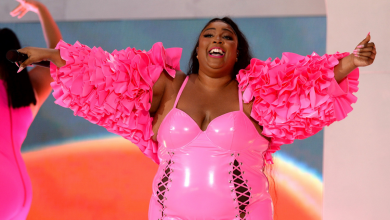 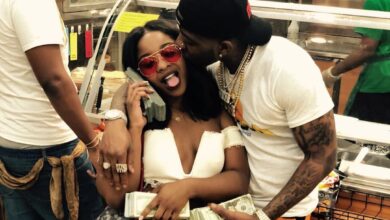 Fans React Over Reginae Carter Getting Back with YFN Lucci