The price of Bitcoin spiked above $44,000 on March 1 with $300 million in liquidations accompanying its surge amid reports that the No. 1 crypto was trading for up to $20,000 above the market rate on Russian exchanges.

The ruble, now worth $0.01, has sunk to record lows against the dollar. Sanctions against Russia by the U.S. and other governments have frozen about half of Russia’s central bank assets, U.S. officials said. The Russian central bank has doubled interest rates to 20 percent to try and counter hyperinflationary pressure.

The Moscow stock exchange has been shut down three days in a row. Sanctions have made Russia “increasingly uninvestable for global investors,” said Goldman Sachs analyst Kamakshya Trivedi.

Bitcoin is trading for up to $20,000 above the market rate on Russian exchanges, media outlet DeFiprime.com noted, describing it as the “matreshka premium,” a spin on the kimchi premium.

“Matreshka,” or matryoshka dolls are popular Russian souvenirs. The wooden dolls nest inside one another and they have become a symbol of Russia.

Bitcoin bears took a hit from the latest events, with cross-crypto liquidations totaling $305 million in 24 hours, according to data from monitoring resource Coinglass.

The fact that a “matreshka premium” exists means many Russians see Bitcoin as a safer bet than the ruble, Cryptoslate reported.

In October 2021, the U.S. Treasury published a 28-page guide to sanctions compliance for the virtual currency industry. It warned that crypto-related businesses are obligated to block access to virtual currency that violates sanctions, and that they face consequences including a criminal investigation if they don’t.

“Cryptocurrency is not completely anonymous,” said sanctions law specialist Robert Clifton Burns, senior counsel at the law firm Crowell & Moring. “There are ways of looking at related transactions to figure out who people are.” 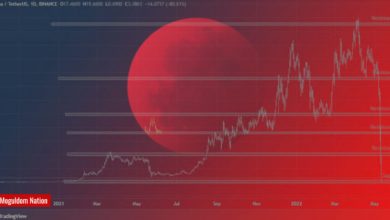 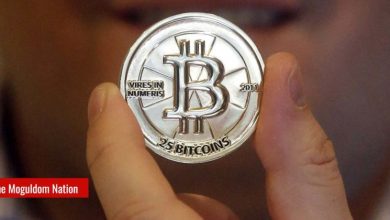 With New Russian Sanctions, We Need Legislative Framework To Stop Illicit Use Of Crypto