Former NBA player Kwame Brown is sounding off again on social media – and this time it’s to express his frustration about the Black people who voted for President Joe Biden having a mob mentality when it comes to the Democratic Party.

“Motherf***ers crazy. Can’t talk one policy, can’t say one thing,” Brown said in a video that has gone viral on social media. He specifically said he was tired of Black America being asked to vote continue supporting Democrats while promises made to Black America remain unkept and aimed his ire at fellow Black Americans who make excuses for the lack of progress.

“I don’t want to hear that sh*t. I’m not one of them scared negroes, I’m me. Sh*t,” Brown said in the video. “Motherf***cker get on the line and try to talk all smart. … Oh yeah, you did. You went to school and all that. Okay, yeah. You’ve been voting for the Democrats this whole time. Well, so have I and everybody else and what do we have to show for it.”

Brown went on to mimic what he deemed as excuses, saying Biden and Democratic Party defenders say “Well you know they trying to combat racism,” to which he responded “Well why the f**k they ain’t do it in 60 years?” For those who say eradication of racism is a work in progress, Brown responded, “Man, I don’t want to hear that sh*t. I don’t want to hear it. I’m up to here with all these excuses that people make.”

The 2001 No. 1 NBA Draft pick wasn’t alone in his sentiments. Many of his fellow Black Americans chimed in to agree with him.

“It’s a good day when Black ballers start understanding that a #blackagenda is all that matters. BRAVO sir…and may the misguided #biscuitchasers in Black entertainment find this path as well,” Twitter user @FunqSir, who identifies themselves as a member of the American Descendants of Slavery (ADOS) movement responded.

“Y’all gone mess ’round and have @KwameBr [This handle has not been verified as Brown’s official Twitter] being my favorite intellectual! He’s giving schmoke to all the lames,” user @barron_muhammad wrote.

“Another rant where he was completely poignant & accurate and a completely problematic individual with flawed logic simultaneously. Not sure how he does it,” @TiaMercadoAli chimed in.

There were some users who disagreed with Kwame Brown, however. “He should have stuck with the basketball stuff. Sure, he’s not scared – he’s rich and if the GOP gains control and continues to FUBAR the nation – he’s the last to be affected – if at all,” @brother_funky replied. “All we were trying to do was avoid the historic disaster of more Trump/GOP – and we did.”

Still, there seemed to be more Black Americans agreeing with Brown on Twitter than opposing him. “This is the ignorance he was talking about. Don’t let people tell you how to think. You don’t have to like him, but under Trump, Black unemployement (sic) was at an all-time low. Opportunity Zones, poverty rate at an all-time low, funding to HBCUs, First Step Act. Contrast that to dems,” @mr_rod_nelson, a self-described “Non-Joe Biden Black” replied to @brother_funky.

China Comes Out Even Harder Against Crypto And Bitcoin, Prices Fall 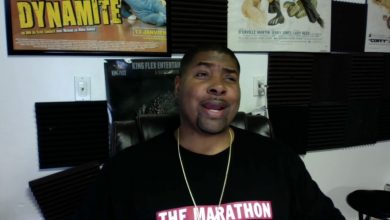 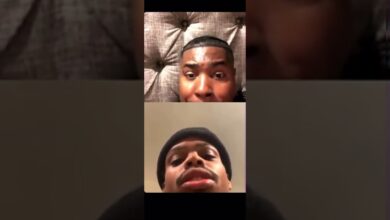 A Jamaican Immigrant Calls Tariq Nasheed To Complain About FBA 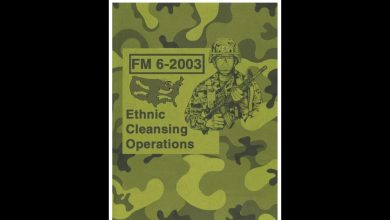