Sanders’s decision has sparked a debate. Some say he is selling out by leaving the HBCU. Others say it’s a great opportunity in a bigger arena, one Sanders deserves.

Sanders first told the team at Jackson State on Dec.3 before Colorado made the news official. He will be making north of $4.5 million annually, according to reports. This is much more than the $300,000 he was getting annually at the HBCU.

While at Jackson, Sanders donated half of his salary to Jackson State to complete the football facility, the Clarion Ledger reported.

Sanders has spent the past three seasons as the head coach at Jackson State in Mississippi. During this time, the team has amassed a 27-5 overall record and two Southwestern Athletic Conference (SWAC) championships. This season, Sanders has coached the Jackson State Tigers to a 12-0 record.

At Colorado, Sanders will replace Karl Dorrell, who was fired in October.

“There were a number of highly qualified and impressive candidates interested in becoming the next head football coach at Colorado, but none of them had the pedigree, the knowledge and the ability to connect with student-athletes like Deion Sanders,” Colorado athletic director Rick George said in a statement. “Not only will Coach Prime energize our fanbase, I’m confident that he will lead our program back to national prominence while leading a team of high quality and high character.”

With the hire of Sanders, Colorado hopes to raise the profile of its football program, as he did for Jackson State.

Jackson State marked the first time Sanders coached a college team. He played 14 seasons in the National Football League as a standout defensive back. He also played Major League Baseball. After he retired as a football player, he spent several years as an on-air NFL analyst for CBS Sports, NFL Network and Barstool Sports, Yahoo reported.

American Descendants of Slavery (ADOS) co-founder Yvette Carnell wasn’t too impressed. She mocked Sanders in her tweet, writing, “This is why they said he ain’t SWAC,” referring to the Southwestern Athletic Conference, a collegiate athletic conference which is made up of HBCUs in the Southern United States.

Political analyst/social influencer Boyce Watkins seemed to agree. He tweeted, “I love #DEIONSANDERS, but you can’t say you’re SWAC and HBCU, when most of us knew you were just waiting to get a better deal.”

Tweeter Dave Jackson responded to Watkins’ post, tweeting, “If true, Deion is worst than a sell out. Used Black kids/Black Institution as a doormat. Individual profit is the enemy of collective progress. Black folks don’t need that. You have a right to put self first, just stay out of Black business though if that’s how you roll.”

Some played the system of integration.

“Deion leaving the SWAC restores order in the FBS. That’s what integration does it removes your leaders from your community and gives them a token spot in theirs. In turn they end a movement. And retain control,” tweeted podcaster Imaginary Billionaire, JD.

Some said Sanders should have stayed with Jackson to build the team even more than he had.

“I am simply saying that Deon comes off culturally like he is rooted in our struggle. He is not! It takes time to rebuild black institutions. You have to plant your mailbox in concrete. I know, because I am the only person n history to restore an HBCU. You have 2 love black people,” Kevin W Cosby tweeted.

But others noted Sanders has the right to make career moves.

“Deion Sanders has done all he can do at Jackson State. That coaching job has a limited ceiling. Go spread your wings Prime! You would leave your job tomorrow for a $10 pay increase,” tweeted 73-9 and THEY LIED.

“Whether Deion Sanders left JSU this year or 10 years from now, there were going to be critics. For those against him moving on, how many seasons would have sufficed in your opinion?” asked sports writer Sheena Quick.

G noted that Sanders was earning less than his value at Jackson.

“Y’all do understand that Deion Sanders literally didn’t have to coach at all right lmao? anything else he does is literally community service and he owes nobody nothing,” G tweeted.

Moguldom Nation pointed out, “Some are asking to put the full weight of systemic& institutional deficiencies on 1 coach. Unless Coach Prime told u he was married to Jackson State for 10 years vs 3, it’s unfair. If u love HBCU’s so much, some of u should get in the paint & contribute something. Donate.”

Some pointed the criticism of Sanders is limited to Black coaches.

“Do you still live in the neighborhood you grew up in?” asked sports analyst Shannon Sharpe.

STolson agreed that Sanders should move on if he chooses to.

“He got a PROMOTION! Everyone typing would take one too. How about others step up a carry on what he started instead of expecting him not to take his seat at the table where there already too few of US!” STolson tweeted.

Deion Sanders speaks after being introduced as the new head football coach at the University of Colorado during a news conference Dec. 4, 2022, in Boulder, Colo. Sanders left Jackson State University after three seasons at the helm of the school’s football team. (AP Photo/David Zalubowski)

RSV Season Is Here! Best Ways To Protect You & Your Family 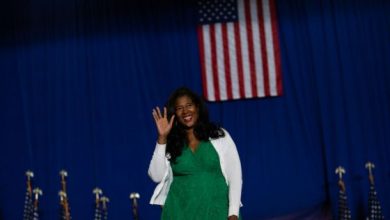 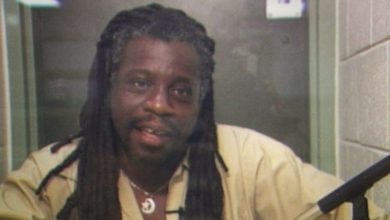 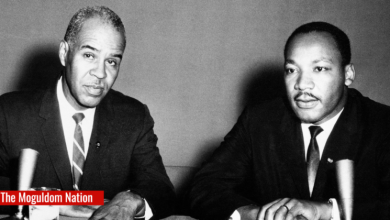 Dr. King Was Criticized By NAACP For Speech Against U.S. Military Industrial Complex And Budget Priorities