Several Black families and individuals in 2021 teamed up to purchase land in Northern Georgia. In an effort spearheaded by two Nation of Islam members, the Hereafter Farms is getting underway.

The goal of Hereafter Farms is for the families to live debt-free, to be collective landowners, learn to live off the farm to be self-sufficient, and not to rely on the U.S. government, according to a YouTube video entitled “Buying Land: Black People Building A Community with Unity” from the farm organizers.

Here are seven things to know about Hereafter Farms, where Black American have pulled together resources to collectively buy and develop land in Georgia.

Muhammad Ali is a student of Nation of Islam leader Minister Louis Farrakhan with “a rich history and a focused objective of finding ways to collaborate with, organize, and connect people from all walks of life to understand his teacher better and work together to influence and engineer a better society,” according to the Hereafter Farm website.

Ben X is also a member of the NOI. He specializes in digital real estate, “helping others build brands or businesses online by focusing on passive impact, according to the website.

Members pay for the land and a maintenance fee that goes to the infrastructure and construction of the community. This fee does not include the home, only the land.

According to the website, the membership fee Includes $15,000 for the land cost, $500 for membership to Hereafter Farms, and $500 for administration and processing fee.

This cost does not include the home, only the land, according to the website.

As of Oct. 11, 2021, Hereafter Farms said it is “only accepting payments for our land in Summerville, Georgia.”

The residents on the farm participate in cooperative farming.

“We are working cooperatively to rebuild what’s been lost over the past century: a connection with neighbors and nature—whether in a personal, economic sense or both—and a sense of the mutual support that has historically kept people more healthy and generally happier,” the website stated.

Various types of farming take place on the farm, including apiculture (or beekeeping).

Not only will residents grow their own food, but the plan is also for them to create their own banking system.
According to Muhammad Ali, knowledge is not shared with Black Americans so that they can “use it to succeed and thrive.” Because of that, he said, Hereafter Farm residents will be given “knowledge” to be self-sufficient in all things, such as banking.

Initially, the group tried to buy a different plot of land, but outsiders attempted to block the sale. “Someone lied to the seller, saying we were doing a GoFundMe,” said Ben X on a YouTube video.

He added, “We wound up getting 100 acres nearby. And the land is better.”

Muhammad Ali explained that Hereafter Farms members would have many courses. “For an extremely affordable price, we have been able to offer a seed-to-harvest class for first-time farmers…so we can offer food to our people for all seasons,” he said on a YouTube video entitled “Hereafter Farms Memberships: Farrakhan Muhammad Ali w/ Brother Ben X” posted on Ben X’s channel.

Residents will also be offered homeopathic courses to make herbal medical treatments and the banking course.

READ MORE: $250 Billion To $350 Billion? 10 Actual Facts About the Wealth Theft Against Black US Farmers

Photo: Rod Bradshaw stands in a field of wheat on his farm near Jetmore, Kansas, Jan. 13, 2021. Bradshaw claims to be the last Black farmer in Hodgeman County. (AP Photo/Charlie Riedel) 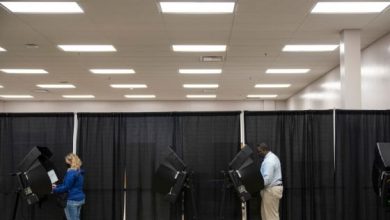 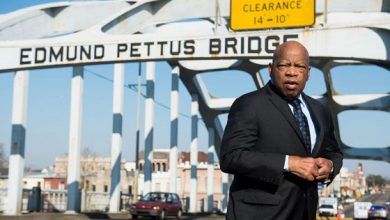 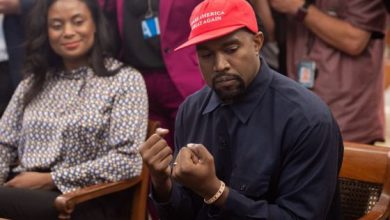 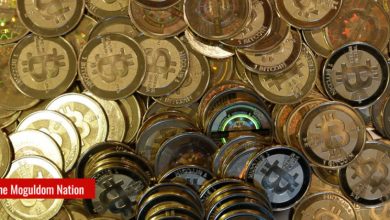