Any compensation the task force ultimately decides on will be limited to the descendants of free and enslaved Black people who were in the U.S. in the 19th century.

Leading the task force is chairwoman Kamilah Moore, who is being praised for getting lineage-only reparations pushed through.

“Much respect to @KamilahVMoore. She fought HARD at every single turn today. She was on point! #AB3121 Much respect,” tweeted All on one Accord.

“#AB3121 Chair @KamilahVMoore is BEYOND excellent. She understood the assignment, brought the heat, and has surgically deconstructed all ridiculous arguments and built brick by brick, the logical moral and lawful case for lineage reparations. I think many ppl underestimated her,” tweeted LAbornDCluv.

Some on social media suggested Moore run for Senate.

“Senator Kamilah Moore has a nice ring to it!” tweeted NotYourNegro Freedman (@Chad_Boogie).

The nine-member California reparations task force committee was established to meet the requirements of Assembly Bill AB-3121, which California Secretary of State Shirley Weber authored and introduced in 2020 when she served in the legislature. In 2020, California Gov. Gavin Newsom signed the bill into law, creating the two-year reparations task force. California is the only state to move ahead with a plan and mission to study reparations for the institution of slavery, its legacy, and its harms.

“(Reparation) stems from President Lincoln’s promise to give emancipated Black people 40 acres and a mule,” Moore told California Black Media. “But that failed with (Andrew) Johnson coming in after Lincoln’s assassination and taking all of that back, leaving my ancestors to fend for themselves in a country that facilitated their demise through discrimination.”

Here are five things to know about Kamilah Moore.

Moore, 29, was elected task force chairwoman at the group’s first meeting on June 1, 2021. An attorney, she has knowledge of domestic and international human rights.

Although she practices entertainment law in Los Angeles, Moore said her specialization is the study of reparations. She told L.A. Sentinel she is determined to ensure that the task force proposes a package that is in accordance with international standards for reparations.

“I hope that the reparations package that comes out of this comports with international law standards,” said Moore, who grew up in Los Angeles.

She added, “The package must include all five forms of reparations under international law, not just one, two, or three, but all five would be the ultimate success.”

2. Moore and her NAASD affiliation

Moore also serves on the advisory board of the Coalition for a Just and Equitable California and the National Assembly of American Slavery Descendants (NAASD). Both are grassroots organizations that focus on reparations. Moore was also involved in various community service projects as a teen and young woman.

Moore studied at the University of California Los Angeles (UCLA). While there, she worked with community organizers to campaign for all U.C. schools to divest from private prison corporations and companies that do business with them.

Moore was one of the student leaders who helped get a resolution passed that organized for U.C. to sell its shares in Corrections Corporation of America to security and prison management companies.

She went on to earn her law degree from Columbia Law at Columbia University in New York City. While there, she challenged the university to offer courses on reparations and she worked with the its human rights clinic to introduce classes on reparations.

She later earned a master of law degree in international criminal law from the University of Amsterdam in the Netherlands.

Her thesis was on reparatory justice for victims of the trans-Atlantic slave trade.

4. Moore and her push for reparations

Before joining the California reparations task force, Moore often spoke out for reparations. She worked with several public figures to organize public discussions about reparations held on the social platform Clubhouse. “It was a great opportunity to democratize the conversations around reparations and make it more accessible to folks because in the past 30 years or so it’s been mainly discussed in political and academic circles,” Moore told L.A. Sentinel.

Moore said she acknowledges that people are hesitant about reparations. “I have reservations, too,” she said. “How many more years do we need to study? We see the writing on the wall. There’s ample documentation of the harms, but in order for the recommendations or the proposals to be as comprehensive as possible, the study has to be as well.”

5 Things To Know About Why The Price Is Going U 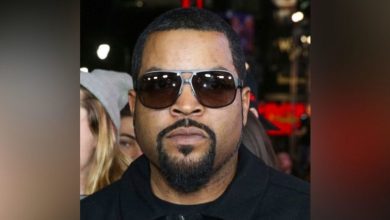 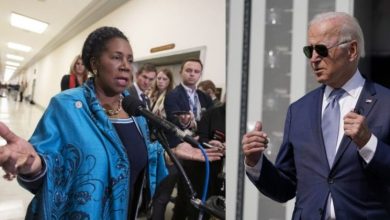 Democrat Leaders Are Scared To Vote on HR40 Because of Midterms 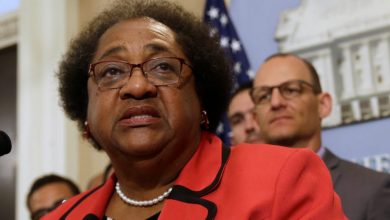 Reparations Are For Descendants Of Black Slaves Only

Evanston, Illinois To Pay $400,000 To Some Black Residents For Past Anti-Black Discrimination