The Will Smith and Chris Rock debacle has leaped back into national headlines. While Smith has publicly apologized to fans for his behavior and seems to be working on the personal “trauma” that lied at the root of his snapping on national television, Rock has continued his comedy tour dates – referencing the slap in jokes in his stand-up routines.

Now, amidst the brewing controversy around another poorly executed joke about a woman, Rock is speaking out, reminding people again he is a victim, attacked by an “ugly” person who tricked us into thinking he was unlike others and “perfect” for the last “30 years.”

According to the Daily Mail, while performing in Liverpool’s M&S Arena on Thursday, Sept. 1, comedian Dave Chappelle asked Rock did the slap he received at the Academy Awards hurt.

“Did that s##t hurt?” the D.C. funnyman asked his friend who is touring the UK with him.

“Will did the impression of a perfect person for 30 years, and he ripped his mask off and showed us he was as ugly as the rest of us,” he continued.

“Whatever the consequences are,” the Brooklynite remarked, “I hope he doesn’t put his mask back on again and lets his real face breathe. I see myself in both men.”

AllHipHop.com reported during the 2022 Oscars, Rock made a joke about Smith’s wife, Jada Pinkett Smith’s bald head, saying she looked like G.I. Jane.

Pinkett Smith had recently (publicly) revealed she was struggling with an alopecia diagnosis, an autoimmune disease that causes one’s hair to fall out, after cells in your immune system surround and attack your hair follicles.

Believing he was protecting his wife, whose feelings were hurt, Smith walked up to the stage and open slapped Rock on national television— moments before Quest Love received his trophy for “Best Documentary” and he won his for “Best Leading Actor.”

The backlash was a tsunami to Smith’s career, with the Academy disassociating with him and an asterisk being placed next to the actor’s win.

Though he did not originally apologize to Rock on the show during his acceptance speech, he did on Instagram the next day.

“I would like to publicly apologize to you, Chris,” he wrote. “I was out of line, and I was wrong. I am embarrassed and my actions were not indicative of the man I want to be. There is no place for violence in a world of love and kindness.

Smith issued another public apology in July on YouTube.

“I reached out to Chris, and the message that came back is he’s not ready to talk, but when he is, he will reach out,” Smith shared. “I will say to you, Chris, I apologize to you. My behavior was unacceptable, and I’m here whenever you’re ready to talk.”

He also extended an apology to Rock’s mother and his brother, Tony Rock.

The “Fresh Prince of Bel-Air” also talked about how it felt to have people see him so “ugly.”

“Disappointing people is my central trauma. I hate when I let people down, so it hurts psychologically and emotionally to know that I didn’t live up to people’s image and impression of me,” he said. “The work I’m trying to do is I am deeply remorseful, and I’m trying to be remorseful without being ashamed of myself.”

In response to the video, Rock said in his stand up, “Everybody is trying to be a f##king victim. If everybody claims to be a victim, then nobody will hear the real victims. Even me getting smacked by Suge Smith. I went to work the next day, I got kids.”

There are a lot of victims. One in particular is Nicole Brown Simpson, O.J. Simpson’s wife that was murdered in the mid-90s.

According to The Hollywood Reporter, when asked if he would be the host for the award show again, Rock said returning to the Oscars and would be like asking Brown Simpson “to go back to the restaurant” where the woman left her eyeglasses before being killed.

Brown Simpson’s sister Tanya Brown said his joke was “distasteful,” as his joke about Pinkett Smith was not “funny.”

“Nothing is more lovely then to wake up on a Tuesday morning (Not) with TMZ calling you saying Chris Rock made a horrible ‘joke’ about Nicole,” she captioned on Instagram.

She continued, “Nothing funny about his joke towards Jada as she suffers from a physical condition and nothing funny about equating an Oscar host invitation to a double homicide. I always thought he was funny, but he crossed the lines with this one.”

Rock also took jabs while in London, he made fun of yet another woman, Meghan Markle and her constant complaints about being a royal. When talking about her in front of the British audience that has been the source of some of her trauma, he said, “I just don’t get it,” then saying people playing victim, like her, is the only way to become famous.

“Of course Chris Rock is making jokes about Meghan Markle. Lmao. And when Harry comes and slaps the taste out his mouth I’ll applaud that too.”

“This is why everybody hates Chris Rock: Will Smith did impression of a perfect man for 30 years https://mol.im/a/11173709 @MailOnline Why throw #MeghanMarkle a Black woman who is subjected to more racism than anyone under the bus in the country that she had to flee? #j######.”

“Everybody mad now that Chris Rock done hit below the belt at white woman…but y’all totally fine with him doing it to black women — Jada Pinkett and Meghan Markle. BE CONSISTENT!!!”

In an interview with Oprah Winfrey, Meghan Markle shared her main issue with being a royal was the levels of racism she experienced as a bi-racial woman marrying into the family.

She said, when talking about her unborn child, there were “concerns and conversations about how dark his skin might be when he was born.”

Her husband, Prince Harry confirmed this was happening saying, “But it was right at the beginning … What will the kids look like?”

Learning To Use The Healthiest Word In The Dictionary: No 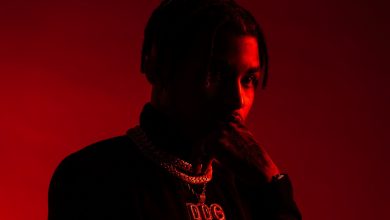 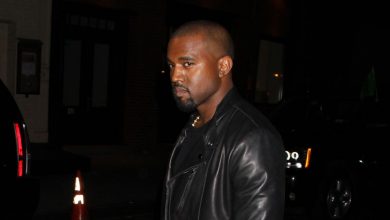 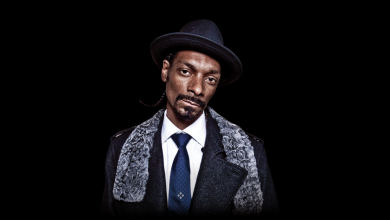 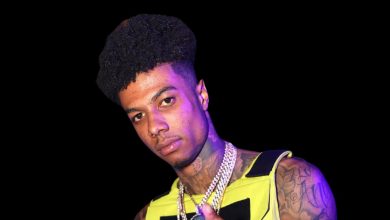