If you’ve ever seen Bino Rideaux perform live in action, you’ve probably seen Coot Corleone by his side. With both artists’ roots in Los Angeles, it’s amazing to see unity and support amongst the community, especially when it comes to the rap game. With Coot, Bino gave him the opportunity to open for him on tour, exposing him to the good life and how exactly dreams can become a reality.

Of course, that means hard work, dedication, and passion, and the rising star is 100% all in. Coot describes himself as straight up king. He explains, “Anything with king, that gotta do with king. Loyalty, royalty, all that. I got a unique sound, it’s different. I feel it’s really a one and none. I don’t sound like nobody and nobody else sounds like me. I just be vibing to the beats.”

Fast forward to today, Coot has been releasing banger after banger for his fans. His newest release is his Still Unnoticed album, which he feels is the perfect depiction of where he is in his career, serving as the follow-up to his previous project titled Unnoticed. To date, Coot has worked with everyone from Bino Rideaux to Nipsey Hussle to Kalan.FrFr.

AllHipHop: What part of Los Angeles are you from?

Coot Corleone: Westmont. I tell everyone, that’s over there by Southwest College. It was crazy, the scene is just like how it is now. More active, the real trenches. It goes up over there, gang wars. Everybody from the city already knows: my part, Westmont, our city goes up. A lot of s### be going on over there.

AllHipHop: What does LA mean to you?

Coot Corleone: LA is life. This is where I grew up, there is where I feel I wanna die at. I’m not gonna say dreams come true over here, but this is where you can make something out of nothing. That’s LA.

AllHipHop: How would you describe your sound?

Coot Corleone: That’s hard. I got a unique sound, it’s different. I feel it’s really a one and none. I don’t sound like nobody and nobody sounds like me. ‘Cause I was even talking about this: who I sound like? I don’t know. I just be vibing to the beats.

AllHipHop: When did you fall in love with music?

Coot Corleone: I’ve been loving music. With music, you gotta grow into yourself. I’ve been in the studio as a kid and in the family, they dancing. I would like the dancing really, over the rapping s###.

AllHipHop: How did you first get into dancing?

AllHipHop: Who were you listening to growing up, who made you want to do this?

AllHipHop: When you first met Bino, at what point of his career was he?

Coot Corleone: Bino was just starting to buzz. I remember when I first got on the label, we went to Austin, Texas for SXSW. That was my first time on a plane and everything. I’ve never been out of the city, so that was a moment. I’ll forever remember that.

AllHipHop: How was it seeing Bino’s career take off?

AllHipHop: What was your relationship with Nip?

Coot Corleone: Big bro, little bro. We was talking about gang s### and all that, but a lot of s### is personal. About life and s### like that, he was a real mentor to me fasho. I asked him about a lot of s###. If I started doing music, how all the homies will be on me with this, with that. He told me how to go about a lot of s###. Respect will take you far too, that’s one thing I’ll be on. Nip had a lot of congruence, he’s the reason I’m called Coot Corleone.

AllHipHop: How did that happen?

Coot Corleone: We was talking about Godfather, I’ve never seen it. I’m young, he said “you need to watch that s###.” After I watched the first part, man I’m smoking a cigar with Bino. I’m hitting the cigar like “man, Coot Corleone.” Bino’s like “yeah that’s hard.” I told Nip that, he said “yeah, that’s you.” Then I watched the other 2 parts. I feel I wasn’t officially Corleone until I watched the other two types. That’s me, I f### with that. Mob ties.

AllHipHop: Did you have a name before that?

Coot Corleone: I was just Coot, I had no last name. I hate my last name. Coot came from my hood, my section. Shoutout to the Coots. I’m the 5th to be exact.

AllHipHop: When did you start taking your music seriously?

Coot Corleone: Nip for sure, “Blacc Mercedes” is for him. The Benz, the Mercedes is the last car I smoked with him in. I was thinking about that, all the cars I rode with him: Maybach’s, S’s, E’s, and everything was a Benz. He really made me want a Benz. I put him in that song because I was thinking about him when I was doing the whole song, when I was writing it. For the video, I had to do it in his section. I gotta do this for Nip. If I could’ve been by the Marathon store when we were smoking that, it could’ve been perfect. That’s one of them ones, that’s my classic

Coot Corleone: Ups and downs for real. Independent is it if you can do it. It’s a lot of work, I feel you gotta go harder than a lot of other people that got it easier. I wake up everyday like what I gotta do new? What I gotta do different? I’m thinking ahead everytime. I gotta move different because they got it,. I got it too but not like they do with their resources and s###. But it’s gon’ come.

Coot Corleone: I got a tape called Unnoticed already, before that Yeah so when I dropped another one its like Im Still Unnoticed. I just got off a tour with Bino, I was on the tour with Bino. After that, it’s time for me to work. I was going around these cities so if they don’t know who I am, they gonna remember. Still Unnoticed, let’s do it. I put a lot of hardwork and dedication into that project, definitely made a statement. Tell me the difference, separate myself from the other artists. Still Unnoticed, still right now.

AllHipHop: What do you want other people to get from that project?

Coot Corleone: To notice me. You didn’t notice me at first, I’m noticed first. I’m unnoticed first. I’ve seen you in a lot of places, with Bino. I’ve been around. Now I’m coming out with another project called Coming Up as my next one. You start noticing me, I’m coming up now.

AllHipHop: How was tour with Bino? What was that moment he asked you to go on?

Coot Corleone: Motivation. I was excited, and I just lost my mom. I just buried my mom, the next day we had a show in San Diego. This s### about to make or break me, what I’m about to do? I took all the motivation to go do it. When I saw crowd saw me performing and they’re f###### with me, yeah this what it is. This when I’m on, I wanna go all in. It’s all in right here. That’s the very moment I know I’m all in, right here. Big shout out to Bino, OTB fasho.

Coot Corleone: Hell yeah, I dropped that for my mom’s birthday yesterday. And I shot another video on her birthday. That’s for her right there, that’s for moms.

AllHipHop: How did you lose her, if you don’t mind me asking?

Coot Corleone: From Covid-19, on August 30th. That’s what it was, Covid. That s###’s serious for sure, especially for the elderly. If that ever breaks out again, it’s serious.

AllHipHop: Did you see the Kanye documentary? He’s all about his mom.

AllHipHop: How supportive was she of your career?

AllHipHop: What was the craziest moment on tour with Bino?

Coot Corleone: AZ was crazy! Wherever we were for that fool’s birthday, I think it was Fresno. Man they were going crazy. Shout out to Fresno, AZ, all these cities were lit. I’m talking about they was f###### with me. San Diego, of course LA we love the city. We wer ein the Bay, I f### with the Bay too. I gotta go back to the Bay. A lot of cities really, I was surprised ATL was f###### with me. I ain’t never performed out there so that was big. It was a moment for sure.

AllHipHop: You ever get nervous before performing?

Coot Corleone: The San Diego one was a make me or break me show. If I seen a reaction and all that, nah I can do this. This easy. I was already dancing so people were already looking at me. I’d rather perform and talk in front of a crowd. I ain’t nervous at all, hell nah.

AllHipHop: Talk about linking with Kalan.frfr on “She’s Mine Too.”

Coot Corleone: Man, that’s my dawg right there. Shout out to Kalan man, he’s looking out. I’d seen him in the studio with Bino one time, we said what’s up but he was working with Bino. I was working, I was shooting a video in the studio working. I bumped into him, he was doing the video with $tupid Young. He’s my n*gga too, shout out $tupid Young. He’s on the tape. We were complimenting each other: “you hard, let’s do something. Let’s work.” Sent the beat, sent that s### back. Listened to it, it’s crazy. I put my verse on there, we had a hit right there. “She’s Mine Too!”

AllHipHop: You started your own BOB clothing line. What does BOB stand for?

Coot Corleone: Bunch Of Bosses. I’m one of the CEOs. We all entrepreneurs, we doing everything. We’re going to start putting our stuff on everything, we need our own bag of chips.

AllHipHop: 3 things you need in the studio?

Coot Corleone: Vibe. I guess the vibe is everything, that could be all 3 things. Weed for sure, lights. I like LED lights, you can change the colors and bring the vibe out more. Some snacks. I need some candy, fruit, some juice. We going in.

AllHipHop: What was your relationship with Drakeo The Ruler?

Coot Corleone: That’s big dawg. I always used to be seeing Drakeo at OTB headquarters, he used to pull up to the house. I’ve seen them work. When he got out of jail last year, I said “let’s do something.” His boy Killz, shout out to him, he said “yeah, do something with my lil bro.” Drakeo told me “send me something.” I did a song and sent it to him, he sent it right back. That song’s hard. It was crazy because I was playing it the same day he passed away, on Live. That s### was crazy. That song is a banger. I don’t know when I’m dropping it but that’s my dawg. Drakeo’s a real legend for sure, only Drakeo.

AllHipHop: What was your reaction when you found out he passed?

AllHipHop: Any goals for yourself at this point of your career?

AllHipHop: Anything else you want to let us know? 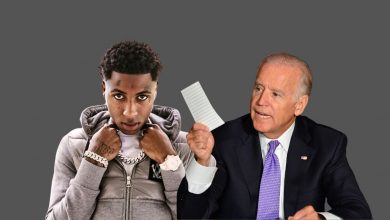 NBA YoungBoy Fans Ask For His Jail Release In Petition 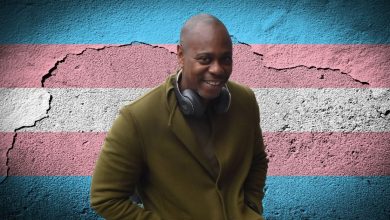