Before we start talking about the different consumption methods available, it is worth mentioning that they all have something in common: the cannabis is heated. During this process, high temperatures cause the cannabinoids to decarboxylate, turning them into pharmacologically active compounds.

Decarboxylation is a chemical reaction that removes a carboxyl group (-COOH) from a compound in the form of carbon dioxide (CO2). This process activates the plant’s cannabinoids, which are found in their acid form (like THCA and CBDA) and transforms them into the cannabinoids that we know (THC and CBD).

It is important to highlight that cannabis decarboxylation is necessary for cannabis to produce its psychoactive effects, because THC in its acid form (THCA) does not produce the psychoactivity traditionally associated with marijuana. Therefore, even when it’s being ingested, it is advisable to first heat the cannabis (cooking it in some way) to activate its components.

In order to understand the main differences between these three consumption methods, we must consider how the cannabis is heated and therefore how it is metabolised in our body in each case:

Now that we’ve learnt the main differences between these consumption methods, let’s analyse which can be the best option to consume marijuana and which method presents fewer risks.

Is smoking the worst way to consume cannabis?

The combustion of cannabis produces many toxins that are also found in tobacco smoke, as claimed by a 2018 research study, which describes the following substances, amongst others, as being carcinogenic:

So even though there is still no evidence that smoking cannabis causes lung cancer (as opposed to tobacco, and mainly because there haven’t been many studies on this), the truth is that the presence of these substances in cannabis smoke can lead to damage of the respiratory epithelium. This is why smoking marijuana is associated to airway inflammation in some cases, making this the least desirable method for those users looking to reduce risks.

Vaping has gained great popularity in the last decade. So much so that, in 2014, the Oxford English Dictionary selected the verb ‘vape’ as its word of the year. Vaping cannabis can reduce the negative effects associated with the inhalation of cannabis smoke and thus avoid the carcinogenic components produced by combustion.

In terms of the benefits of vaping that aren’t health-related, but which relate to a better consumption experience, some studies indicate that vaporised cannabis has a better taste than cannabis smoke as well as being a much more discreet consumption method.

While the first is a relative point that not all users agree on (many prefer combustion precisely because of the flavour and aroma of the smoke), the second point is beyond question. Vaping is a much more discreet method that can clearly help make users more comfortable when consuming cannabis. By using portable vaping devices similar to e-cigarettes, users can enjoy the experience without drawing much attention to themselves.

However, there are still many unknowns surrounding the long-term health effects of vaping. Therefore, more research is needed to identify if this method has any effects on the lungs despite it containing a lower number of toxic substances.

A 2018 research study published in JAMA (Journal of the American Medical Association) concluded that the psychoactive effects of cannabis are greater when vaporised than when smoked. This means that vaping is a more effective way of consuming cannabis. This study compared the THC levels in blood and psychoactive effects experienced by both cannabis smokers and vapers. Even though the dose administered was exactly the same for both groups, both factors were considerably higher in the users that had chosen vaping marijuana.

It is believed that the reason lies in the combustion process of smoked cannabis, in which the high temperatures cause part of the THC to decompose. For this reason, the study highlights the importance of adapting the THC dose to the cannabis products when they are aimed at vaping.

Concerns about possible health effects of marijuana smoke are on the increase because it is known that this contains some of the same toxic combustion products found in cigarette smoke.

Pros and cons of ingested cannabis

The way marijuana is metabolised through the stomach is different from when it is inhaled, so its effects are also different. When THC reaches the liver, it is turned into a different molecule: 11-hydroxy-THC (11-OH-THC). In addition to having greater affinity to the CB1 receptors of the endocannabinoid system than the inhaled THC molecules, this product or metabolite is highly active and easily crosses the membranes that separate the bloodstream from the brain tissue; hence its intense psychoactive effect.

This metabolisation route causes the psychoactive effect to take longer to kick in and to be stronger than the one produced by inhaled cannabis. Therefore, measuring the dosage in ingested cannabis to be able to reach the optimum level is much more difficult than when the cannabis is either smoked or vaped. This drawback means that ingesting cannabis also carries its risks, and despite avoiding possible damage to the lungs, inexperienced users can end up having too high a dose that results in a bad trip.

According to a Dutch study that analysed the components found in cannabis tea (which is sold legally in Dutch pharmacies), this drink could be a great alternative for those wishing to avoid the risks of inhaled cannabis but who think that standard ingestion is somewhat daring.

The study found that cannabis tea might have a limited potency. On the one hand, this could be because only a part of THCA converts to THC during boiling; on the other, because THCA (THC’s acid form which doesn’t produce any psychoactive effects) has higher water solubility than THC. As a result, cannabis tea was found to also contain the inactive form of this cannabinoid, so it had less psychoactive power than other forms of consumption which are more effective in this THCA to THC conversion.

Furthermore, the acid form of this cannabinoid, i.e. THCA, has shown an ability to modulate the immune system, so it has been attributed with certain therapeutic properties. For these reasons, the study marked this consumption method as an interesting way of administering cannabis.

Responsible consumption for a better experience

As Paracelsus (the Swiss physician and alchemist) once said, “All substances are poisonous… The dose is what differentiates a remedy from a poison”. It is clear that certain substances, such as carcinogens, need a much smaller dose to become harmful. This is why those wishing to reduce risks in a responsible way would benefit from avoiding cannabis smoke and instead opt for vaping or ingestion.

Nevertheless, it’s important to remember that neither the different forms of administration of cannabis, nor the very fact of consuming it, are risk-free. This leads us to believe that a conscientious use of the plant, along with a good knowledge of our body, will help reduce the possible risks described above and ultimately result in an enjoyable marijuana experience.

Could the Keto Diet Help People With MS? 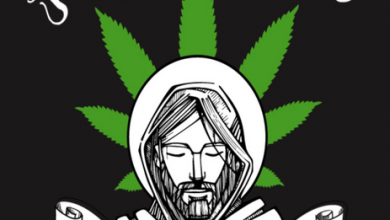 How Jesus and Weed Saved My Life… 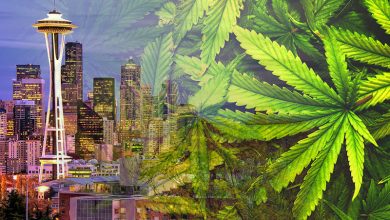 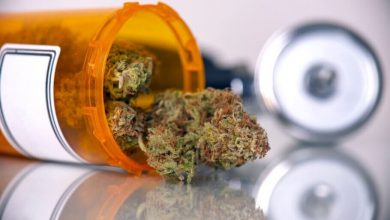