After graduating from Morehouse College having studied international relations and business, at just 35, Andrew Welburn is already the owner and operator of seven McDonald’s franchise stores spread across the Raleigh-Durham area of North Carolina. As the son of Craig and Diane Welburn of Welburn Management, at an early age the young Welburn knew that he wanted to be a leader and give back to his community, a goal he credits his parents’ company in assisting him achieving.

“My father has been in the business for 36 years, and I’m 35, so I grew up in the McDonald’s business. I remember being 5 or 6 years old, and I just wanted to do anything that I could to help,” Welburn explained.

Welburn Management has been around since 1983 after Craig and Diane decided they wanted to pursue their own business opportunity and create their destiny. Nearly 40 years later, Welburn Management now consists of 48 family restaurants. Four of their children are franchise owners themselves, collectively supplying jobs to over 1,500 employees.

The family company scion revealed in a recent Atlanta Black Star interview that he was very determined about ensuring the continued success of the Black community in a way that would make the road to entrepreneurship one less bumpy.

Thus the unveiling of the McDonald’s HBCU scholarship initiative with the Thurgood Marshall College Fund (TMCF). The two organizations have teamed up yet again to offer financial assistance to outstanding students attending one of TMCF’s 47 publicly supported Historically Black Colleges and Universities or a Predominantly Black Institution. McDonald’s and TMCF have been offering joint scholarships since 2005. Selected scholars will receive a scholarship of up to $15,000 for the 2020-2021 academic school year.

Schools that are part of the collection include Howard University, Virginia State University, Tuskegee University, and Morgan State University, just to name a few. Students who attend private colleges are not eligible for this scholarship, however, they are encouraged to check out UNCF.org, as the site does provide assistance to students attending select private institutions.

Having been handpicked to promote the initiative, Welburn shared that his goal is to “do whatever I can to support any student that attends an HBCU, because it’s so relevant.” He continued, “I’d also like to say that student loans and student debt after college is a big deal and a disadvantage in some aspects when you compare it to someone that doesn’t have student loans. So being able to help is significant, especially with students in HBCU. This scholarship means a lot to me, and to help out one of the recipients reduce that student loan burden will significantly change their life after graduating.”

“The restaurant had always been very involved in the Black community,” Welburn said about how the group effort came about. “Namely, internally, on the corporate side as well with the recommendation of franchisees. So, it’s something that we’re really proud of and happy to be a part of.”

The businessman also credits the skills he obtained at Morehouse. He revealed that his HBCU pushed leadership ideals. “We like to say that you kind of find yourself when you’re there so that you can lead about it in the world,” he revealed. “We’re expected to be leaders in our communities, in whatever areas we go out and into the world we’re expected to lead.”

Eligibility for the scholarship requires that students must be 18 or older to apply and be enrolled full time as a freshman, sophomore, junior or senior at TMCF member schools during the 2020-2021 academic school year. Students must have a current cumulative grade point average of 3.0 or higher and demonstrate both leadership abilities and financial need.

The HBCU scholarship application period ends Aug. 3, 11:59 PM EST. More information on the fund and scholarship can be found at tmcf.org. 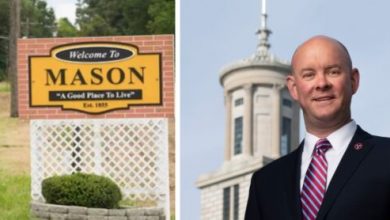 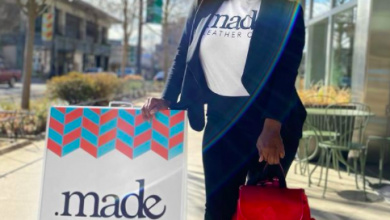 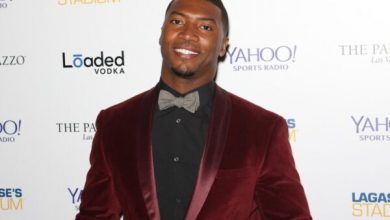