The criminal past of a flashy Brooklyn preacher is under scrutiny after being robbed at gunpoint of over $1 million of jewelry in the middle of a church service on Sunday, July 24.

Bishop Lamor Miller-Whitehead, 44, was in the middle of his sermon when three armed robbers stormed Leaders of Tomorrow International Ministries in Canarsie. The service was being live-streamed.

“How many of you have lost your faith because you saw somebody else die?” Miller-Whitehead said right before the robbery ensued. He can then be seen looking at someone and saying, “Alright, alright, alright,” before putting his hands up and laying down on the ground.

The robbers proceeded to take jewelry from the Miller-Whitehead, his wife and possibly some of the church’s congregants, police told the New York Post.

Dressed in a maroon suit with a gold-trimmed collar and sleeve cuffs, Miller-Whitehead was wearing at least two rings and a gold chain at the time. He is known for being flashy with jewelry, clothes and nice cars, including driving a flash Rolls-Royce around town.

He took to Instagram shortly after the robbery to share his version of events in a video, which he captioned, “Yes They Robbed Me In My Church!”

“When I [saw] them come into the sanctuary with their guns, I told everybody ‘Get down,’ Whitehead said. “I didn’t know if they wanted to shoot the church up, or if they were just coming for a robbery.”

He also addressed those who criticized his luxury lifestyle.

The video had over 85,000 views at the time of this writing.

Not everyone is convinced Miller-Whitehead is a man of integrity. Some think he may have staged the robbery to gain more notoriety after going went viral in May for his role in trying to negotiate the surrender of a New york subway shooter.

In a detailed New York Times report, some have pointed to several fraud lawsuits and a conviction that sent Miller-Whitehead to prison for years as evidence he isn’t the man of God he portrays himself as.

In addition to being convicted of multiple counts of identity theft and fraud, several people have sued Miller-Whitehead for duping them out of money in the past, the Times reported.

Julio Bragado-Young told the Times his father, Maximo Bragado-Darman, was hoodwinked by Miller-Whitehead in 2005.

Then a mortgage broker, Miller-Whitehead successfully brokered a deal for Bragado-Darman to purchase a Harlem Brownstone, leading the older man to trust him, Bragado-Young said. His father did so secretly, hoping to surprise his family upon getting the return, but he never did.

“It was almost guaranteed he was going to make money on this,” Bragado-Young said of his father’s logic,” adding Miller-Whitehead was “a disgusting human being. You can quote me on that.”

The incident isn’t an isolated one. Others have accused the flashy Brooklyn preacher of swindling them, including an older woman who said she loaned Miller-Whitehead $90,000 from her retirement account, but he never fulfilled his promise to pay her back.

The revelations about Miller-Whitehead’s past didn’t go over well with many in the public.

“That’s what happens when you still Play in the streets,” @bleakpretty commented under the Bishop’s video on Instagram. “So the mentality still have he just switched up to another behavior that’s what’s going on taking everybody’s money looking good driving big cars you might as well be a rapper sent you taking pictures like puff said it’s all f**k up know what we gunna do know facts.”

“U a clown bro,” @wishdagreat_nlnl wrote. “Hmm🤔 The streets usually have respect for the church,” shenay1983to2020 chimed in with a thinking emoji.

“Well you get robbed where you do all your robbing! What goes around comes around!” @officiallostdogg added.

Miller-Whitehead dismissed the criticism and said some of his accusers were lying.

“That’s what the enemy wants you to believe,” Miller-Whitehead said. “Everybody sues people, from here on out. It is what it is. My church was robbed. I was robbed. I’m the victim.”

"I Ain't No Damn Water Faucet"

David Price's Safety Pouch, The College Project That Turned Into A Useful Invention To Save Lives, Is Now Sold At Walmart Stores 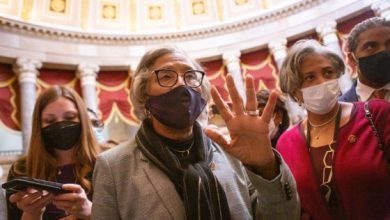 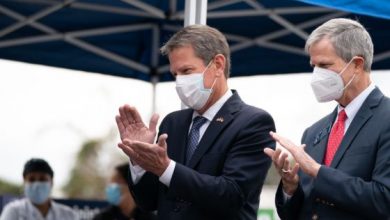 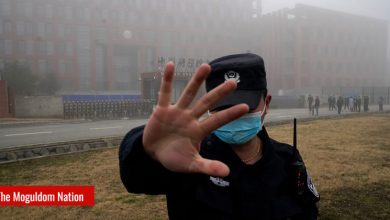 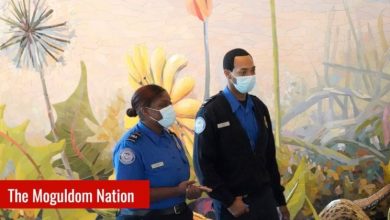