For most entrepreneurs, success is defined by their ability to take risks and accept new challenges.

For Emma Grede, CEO and co-founder of successful denim-brand Good American and the first Black female entrepreneur to be a guest Shark on ABC’s “Shark Tank,” success is cemented in her ability to learn new concepts and then use this knowledge to create change.

“I think everything I didn’t know led me to a place where I had that naiveté,” Grede, 39, told CNBC. “I didn’t know what could go wrong. And so in a way, I just got on with things that, right now, just would seem scary or stupid.”

The London-born-and-bred Grede has long had a love for fashion. She studied fashion business at the London College of Fashion, but dropped out to get real-life experience through fashion internships. Now, she’s running multi-million-dollar fashion businesses.

Grede’s passion for fashion and partnering with celebrities led her to help launch Good American in 2016 with reality TV star Khloe Kardashian. The company is on pace to bring in $155 million in 2021 sales, a company spokesperson told CNBC.

And in 2018, she became a founding partner in Kim Kardashian’s brand Skims, a brand that includes underwear, shapewear and loungewear featuring skin-toned apparel that embraces a variety of skin types. In 2021, Skims was valued at $1.6 billion, The New York Times reported.

According to Grede, it was good old-fashioned networking that landed her the partnerships and the willingness to take a risk.

“I was drawn to that world and those people, [but] it was more a means of escapism,” Grede told Bustle. “That glamour was very far from how I was being raised.” Grede grew up in a middle-class neighborhood in East London with her three sisters and single mother. Her mother was a banker at Morgan Stanley in the United Kingdom for 18 years.

“I was really uncomfortable when I started Good American,” she told Glamour Magazine UK, “Despite having worked in fashion for 10 years previously, I didn’t know how to run an apparel company. I didn’t know how to bring something to market. I didn’t have any of that experience. I was sort of just sailing through.”

‘There’s No Legacy Wealth’: Daymond John Shares What Will Help the Black Community Break the Cycle and Begin Empowering Itself

‘Man You’re Soft. Go Deal With That’| Giannis Antetokounmpo Understands Naomi Osaka’s Mental Health Journey Because He Has His Own 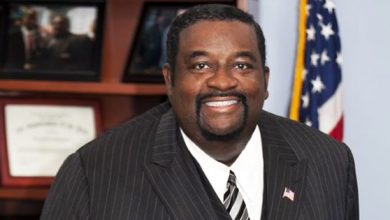 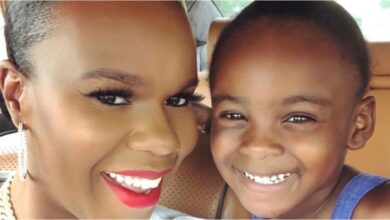 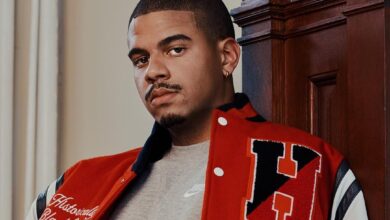 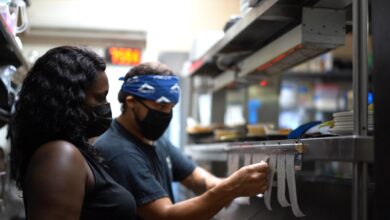