What is HCC or hexahydrocannabinol?

Recently, a new cannabinoid that until recently had not been heard of has started making headlines in the cannabis press. This is HCC or hexahydrocannabinol, a compound with properties similar to those of Delta-9 THC and Delta-8 THC that is seeing its popularity skyrocket thanks precisely to the effect it causes, which is somewhat softer than that of its THC analogue.

First synthesized in 1944 (the patent is dated 1947) by Roger Adams from THC extracted from cannabis plants, this substance is usually extracted from both natural cannabinoids and cannabis extracts, as it is naturally found only in the pollen and in cannabis seeds, and in very low concentrations. In this way, if you have heard of HHC lately, it was surely its semi-synthetic form, that is, obtained in the laboratory from cannabinoids or resin extractions.

How is HHC made?

We already know that hexahydrocannabinol can have two sources, the semi-synthetic being the one that is already being marketed today. In his experiments, R. Adams managed to add hydrogen (H2) to the famous Delta-9 THC through a process called hydrogenation, a process that had been discovered by the French chemist Paul Sabatier as early as 1897.

Broadly speaking, during this process hydrogen is added in gaseous form to liquid extracts in a pressurized container (catalysts are also added to speed up the process), so that the carbon double bonds of the cannabinoid molecules are broken. The result is a substance known as HCO or hydrogenated cannabis oil. In the same way that it happens with other cannabinoids, if the starting material was not decarboxylated, an oil rich in HHCA or hexahydrocannabinolic acid will be produced, while if it was decarboxylated, HHC or hexahydrocannabinol will be obtained.

Since then, no one has paid much attention to HHC until recently, when it has been presented as a possible alternative to the use of THC, which is still illegal in many places. The similarity in its formula and effects described by users with respect to THC seems to confirm this, although there’s a lack of studies on the properties, effects, and toxicology of this cannabinoid.

In summary, we must be clear that the HHC marketed today is not a natural cannabinoid, but the result of human activity in the laboratory, which converts some cannabinoids found in the plant or in its extracts into this new compound through the process of hydrogenation that we have mentioned. In fact, most manufacturers are reluctant to share the exact process, making it even more difficult to establish both manufacturing methodologies and security and control protocols.

Is HHC an alternative to THC?

As we have seen, HHC and THC have obvious similarities, to begin with in their chemical structure, which only differs in the fact that HHC has one more carbon bond, an ester atom and, of course, the hydrogenated carbons. In fact, it is suspected that these small differences at the molecular level make HHC a much more stable compound than THC, less prone to degradation caused by contact with light, air, and high temperatures.

Needless to say, this greater stability and shelf life significantly increase its commercial appeal compared to THC, which is more “complicated” to market due to its lower stability and, of course, its legal status in many places. In short, the brands could have found a legal cannabinoid, more stable than THC and with effects very similar to THC… the goose that laid the golden eggs? 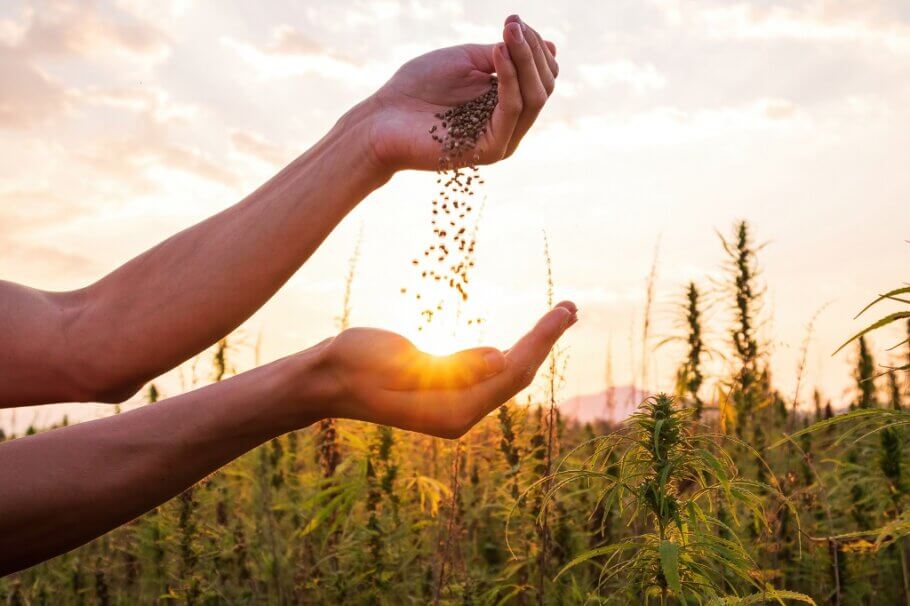 Potency and effects of HHC or hexahydrocannabinol

Probably thanks to having a chemical structure very similar to that of THC, HHC also binds to the CB1 and CB2 cannabinoid receptors of your body’s endocannabinoid system, causing an effect in the body similar to that of the most famous cannabis molecule. However, given that it is a new substance on the market and on which research is lacking, the testimonies about its effects are limited to the experience of its users.

According to the brands that market it and the users, the effects of HHC would be very similar to those of THC, perhaps a little softer. These effects include:

Regarding the potency of this semi-synthetic cannabinoid, it should be noted that it will depend on the amount of 9R HHC and 9S HHC that the product contains, the two types of HHC present in the HCO. Let us explain it: once hydrogen is added to the liquid cannabis extract, hydrogenated oil or HCO is obtained. Well, this oil contains both 9R HHC and 9S HHC, two compounds that differ significantly in their affinity to bind to CB1 and CB2 receptors; while the former has a high affinity (it will cause a very potent effect), the latter hardly has it, so the final potency of the HHC consumed will largely depend on the ratio of 9R HHC to 9S HHC.

Although present in cannabis pollen and seeds, the HHC marketed today comes from the laboratory and is obtained through the hydrogenation of cannabinoids or extracts.

For this reason, it is difficult both to establish correct dosages and a standard degree of potency for this substance, since it will depend to a large extent on the products analyzed, and as we already know, there is no uniformity in terms of the ratio between 9R HHC and 9S HHC present in these. A product rich in 9R HHC could have 70-80% of the potency of Delta-9 THC, being 20-30% more potent than Delta-8 THC and Delta-10 THC, while another product with more proportion of 9S HHC could even rank below the latter two.

Undoubtedly, a more in-depth study is needed at a scientific and clinical level to establish such important aspects of this substance as its potency, toxicity, side effects, or dosage. 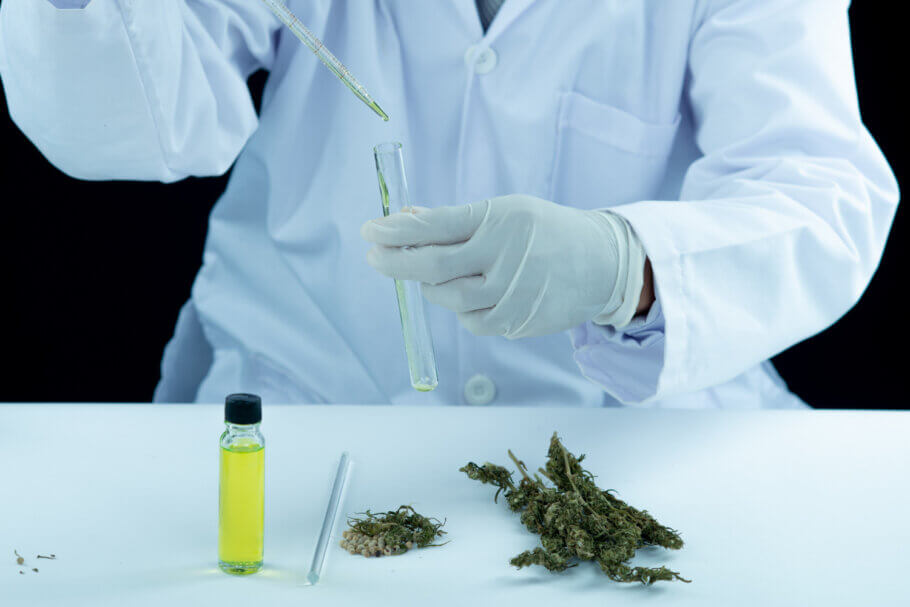 More studies are required on hexahydrocannabinol and its effects and properties (Photo: jcomp)

Is it safe to take HHC?

Unfortunately, and as we know, the lack of studies on the effects and toxicity of HCC makes it impossible to say that it is a completely safe compound to use. Although it may be surprising that a substance that lacks these types of studies enters the market, the reality is like this, and for the moment the user must trust the manufacturer’s word (which logically affirms that it is a safe product) and from the testimonials of other users.

In addition, and as is obvious, it will take time for us to have reliable studies on the effects of long-term consumption of HHC, something normal if we take into account that this cannabinoid had gone practically unnoticed until now. The degree of security of the HHC is, therefore and today, an unknown quantity.

HHC’s legal situation is complex; Taking into account that HHC is present in the seeds and pollen of plants, it can be argued that they are natural extracts of the plant, although the thing is not so simple, since it also depends on the laws on THC in each country. In the US, for example, it can be classified as a drug belonging to Schedule 1 as it is considered an analog of THC, which subjects it to the same legislation as THC.

In Europe, where each country has a specific THC limit that cultivated hemp varieties cannot exceed, it could be marketed as there is a legal vacuum regarding the regulation of a substance of this type. Since it is not exactly THC, it opens up a possible path for its commercialization, although things are never 100% certain when one moves in a gray area.

As we can see, HHC is a cannabinoid that has aroused interest very recently, which is why we lack scientific studies that tell us about its way of acting in the body, and the effects it can produce both in the short and long term. Its legal status is also ambiguous in most cases, so it is really difficult to assess the risk that the user of this substance takes by consuming it. We, for our part and as always, recommend great caution with this type of compound,s and long live homegrown bud!

The post HCC or Hexahydrocannabinol appeared first on Alchimia blog. 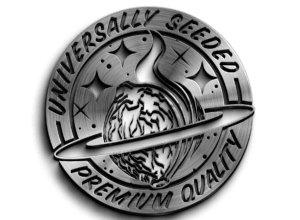 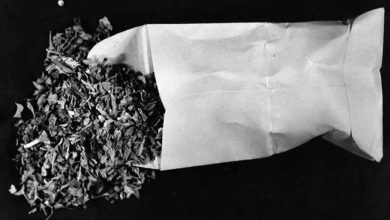 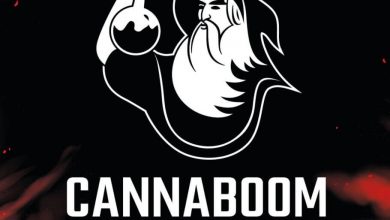 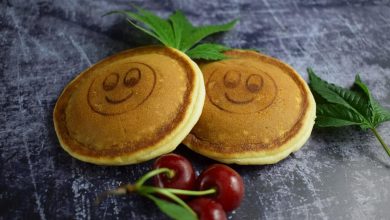