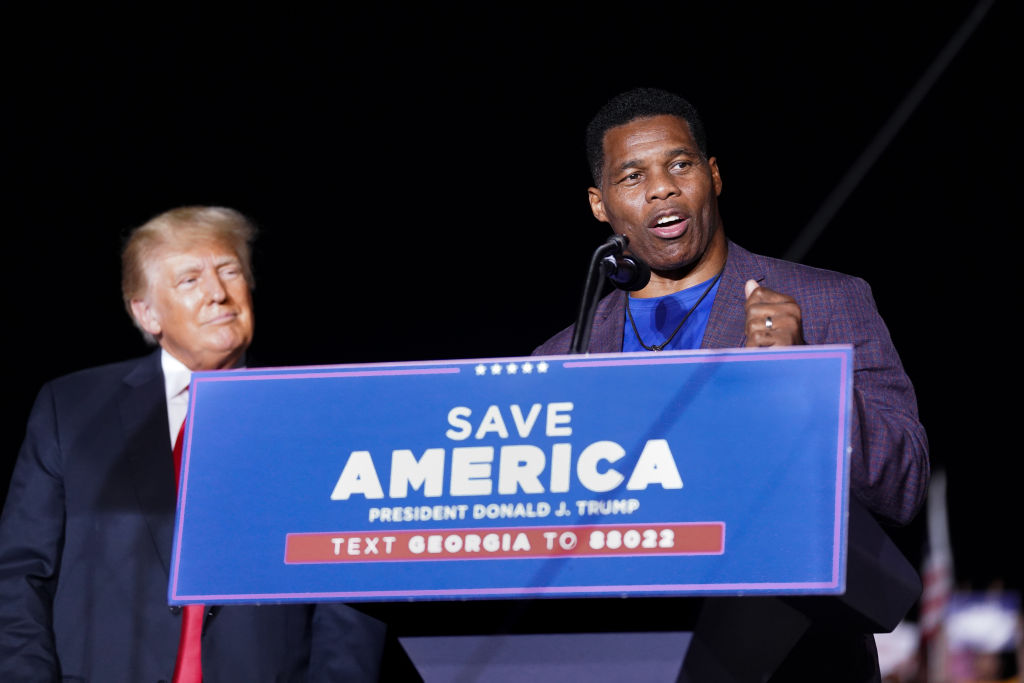 Y‘all, I don’t mean to keep picking on Herschel Walker. I’m sure that when he’s not running for a Senate seat he has no business sitting in he’s a fairly nice guy. And Lord knows I don’t typically enjoy sitting behind this keyboard and calling a Black person dumb.

On the other hand, it’s not my fault Walker’s dumb a** keeps saying dumb sh**.

I mean, Walker once claimed to know of a mystical COVID-evaporating mist that could cleanse your body and soul from infection the second you walk through your doorway. He’s demonstrated that he doesn’t quite know how the Senate works—while running for the Senate. He seems to think he can skip the Republican primary in the Senate race and move straight to the general election. He claims to want to “bring honesty to Georgia” while lying about his business finances and graduating from college. Herschel Walker can’t even rattle off generic right-wing talking points without sounding like he’s speaking to children in an episode of Bizarro Sesame Street.

So, of course, Walker is out here questioning the science of evolution in the most basic, uneducated display of scientific illiteracy possible.

And he wasn’t even being original about it.

As the Washington Post reported, the front runner in the Republican Senate race to represent Georgia made an appearance at an event at Sugar Hill Church in Sugar Hill, Ga. (No, this is not the same Sugar Hill where Wesley Snipes and Eddie Kane were high-profile drug dealers, and I really wish y’all would stop asking me that.) During the event, Walker appeared to think he was really on to something when he asked Chuck Allen, the lead pastor at the church a common question asked by creationists who think faith should supersede peer-reviewed science.

“At one time, science said man came from apes. Did it not?” Walker asked.

“Every time I read or hear that, I think to myself, ‘You just didn’t read the same Bible I did,’ ” Allen responded.

“Well, this is what’s interesting, though,” Walker said. “If that is true, why are there still apes? Think about it.”

OK, so maybe this is the same Sugar Hill and their drug of choice is the Christian God (and cocaine).

First of all, the most irritating part of this exchange is Walker acting like he just blew people’s minds with this observation. As if this was some ingenious “take that, atheists” burn that no one else ever thought of. in reality, “Why are there still apes?” is the No. 1 go-to for people who prefer Adam and Eve over Atom and Eve-lution. Hell, Katt Williams asked the same question during a comedy routine eight years ago, and as much as I love Katt, he didn’t know what he was talking about either. This icy-hot take has existed for generations and it has always been loud and wrong.

First of all, the answer to Herschel’s question is, no, “science” never “said man came from apes.”  What Charle’s Darwin’s theory of evolution states is that mankind shared a common ancestor with modern primates. The apes that exist now did not exist millions of years ago the same way modern reptiles aren’t dinosaurs. Asking why apes still exist is like asking why your fifth cousin by marriage kinda, sorta, but not really looks like your daddy.

At the end of the day, none of Walker’s ignorant comments will stop him from leading in the Republican primary polls because the Republican party has become the party of anti-intellectualism. It is the real-world version of Idiocracy. Walker believes in Hogwarts COVID-away magic but he doesn’t believe in evolution, and that’s pretty on-brand for his party and its base. 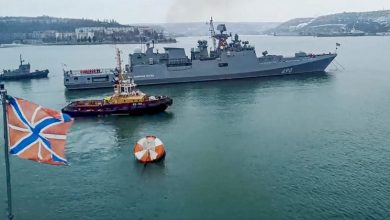 What Is A False Flag? 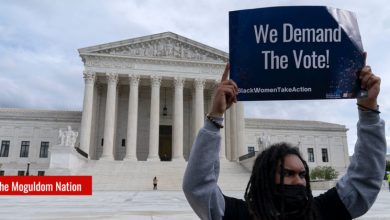 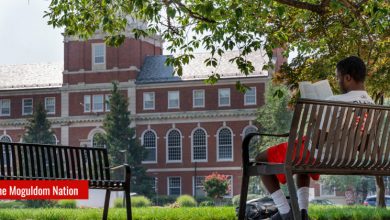 The US Government Made Black Americans Broke, That’s Why Howard Infrastructure Is Poor 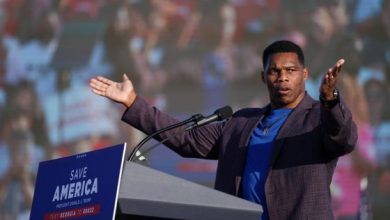