As we have already seen in earlier articles such as our post on the history of cannabis cultivation, the relationship between humans and this plant dates back millennia. Since time immemorial, this relationship has been characterised by humanity’s exploitation of the various facets of cannabis use, from the social or recreational to the medicinal, not forgetting the textile and industrial, religious or spiritual uses.

However, since ancient times, this relationship has also been marked by the desire of some to prohibit its use, often as a simple tool to increase the control that the ruling classes hold over other, less favoured, classes of society. Today we invite you to delve into the history of cannabis prohibition and learn in more detail how it came to be established, practically on a global level, during the 20th century.

Although we have not found any written evidence to help us confirm it, it is likely that the first encounters between the cannabis plant and authority occurred in ancient China. It is accepted by many historians that the Chinese people were the first to domesticate and cultivate cannabis in a controlled manner; likewise, the first testimonies of the psychoactive properties of this plant also come from China. This being the case, and taking into account that Taoism, which emerged around the 4th century BC, does not exactly promote the use of substances of this type, it is hardly surprising that cannabis use carries a certain stigma in this society, also because it is often associated with opium and its dark history in this territory.

To find what is almost certainly the first written proof of cannabis prohibition we must move forward several centuries and towards Muslim lands. From the emergence of Islam in the 7th century until the 14th century, first, the cannabis plant and later resin extractions such as hashish (the earliest mention of this substance is from the 10th century) coexisted with society without major problems. However, the practices and expansion of Sufi monks increasingly bothered other, more orthodox, schools of Islam, who tried to associate the use of this plant with violent acts and other undesirable behaviour.

So it was that, in 1378, Soudoun Sheikouni (Emir of Joneima in Arabia) prohibited the use of cannabis throughout his territory, making this the first prohibition of this plant of which we have written record. Little more than a century later, in Europe, things were not looking much better; In 1484, a papal bull from Pope Innocent VIII came into force, prohibiting the use of psychoactive plants, which were directly related to the practice of witchcraft.

The legality of cannabis in the 19th century

During the period from 1800 to 1900, cannabis use started to be persecuted in many places around the world; Napoleon, concerned about the increasing consumption of hashish that he observed among his troops upon returning from the Egyptian campaign, prohibited its sale and use in all his territories. The British Empire also prohibited it in many of its colonies, such as Mauritius, British Guiana, Sri Lanka or Natal (today South Africa).

Likewise, during the 1870s cannabis was also banned in places like Singapore or Egypt, where all the hashish that could be found was destroyed and its importation prevented. A few years later, around 1890, the Sultan of Morocco, Hassan I for the most part banned its cultivation throughout the territory, with the exception of the Rif tribal areas, while Greece joined the veto on the cultivation, importation and use of cannabis.

As we can see, during the 19th century a certain discomfort with the plant began to be seen from certain sectors, which only served as a prelude to what was to come during the next century. Although cannabis was included in the majority of European pharmacopoeias during the 19th century, it is also true that around the end of this century several discoveries were made that served to push it into a secondary position in the medicinal field, for example, the development of aspirin or certain barbiturates.

To explain the evolution in the legal status of cannabis during this century, it is necessary to look at the wave of migration from Mexico to the United States that took place during the first decades of the century, in particular after the Mexican Revolution (1910-1917). In fact, between 1914 and 1925 no less than 26 US states passed laws banning the plant; an excuse was needed to be able to register, detain and deport Mexican immigrants, which was none other than marijuana. Thus, the demonisation of the cannabis plant is often referred to as a mechanism for the persecution of Mexican immigrants, who were arriving in the United States in increasing numbers. And if, at the same time, they could also demonise blacks, then even better.

It is during this period that one of the worst characters in prohibition history, William Randolph Hearst, enters the scene. A press magnate, Hearst dedicated all his efforts and means – which were not inconsiderable – to spreading lies about cannabis, although in his publications they always called it “marijuana” so that the public would not associate it with the plant that they had already been familiar with for a long time. His nauseating propaganda paid off, with increasing numbers of citizens demonising the plant and, of course, its consumers. According to his publications, it was clear that all depravity (especially that of blacks and Mexicans) had its origin in cannabis consumption, and any news items that told of tragedies relating to the plant would be emblazoned across the front pages of his newspapers.

Between 1930 and 1934, the director of the Federal Bureau of Narcotics, Harry J. Anslinger, devoted himself to gathering evidence against cannabis, much of it from dubious sources of information such as that of William Randolph Hearst, his partner in the task of demonising the plant and its users. In fact, as early as the 1925 Geneva Convention, many of the participating States had begun to pass laws restricting it; the goal of these characters was none other than to achieve a total and global ban. The American Medical Association wasted no time in publishing a report denying the lies of Anslinger and co., although as we will see next it did not do much good.

Indeed, in 1936 two shocking anti-cannabis films were released, full of falsehoods and inconsistencies: “Marihuana” by Dwain Esper and the famous “Reefer Madness” by Louis Gasnier, the latter as part of a campaign devised by Anslinger and his Bureau of Narcotics. All this negative propaganda launched from the media, alongside other factors that we will now mention, in August 1937 led to the prohibition of cannabis in the United States for any purpose, when Anslinger presented the Marijuana Tax Act in Congress, which was passed without any debate and which led to the classification of cannabis alongside other drugs such as cocaine or heroin.

For decades, crime was linked to immigration and cannabis use

We’ve already looked at several factors that significantly influenced cannabis prohibition in the United States; on the one hand, the increase in immigration from Mexico, which enraged the most racist sectors of the nation. On the other, the campaigns from the media and government agencies such as Hearst or Anslinger. Finally, we have also seen how certain discoveries in the medical field relegated cannabis to the background, and it is hardly a surprise that the pharmaceutical sector promoted those substances that brought it the most benefits while conveniently “forgetting” others. However, there are many other factors that led to the ban that was passed in 1937.

One of these factors is, without a doubt, the fact that in 1933 the prohibition of alcoholic beverages, the so-called “dry law”, ended. During the period in which it was in force, the police forces had considerably increased their numbers to be able to deal with the mafias trafficking in alcohol, and it was suspected that many of these officers would end up back on the unemployment lines after alcohol was returned to its legal status. Quite simply, something else needed to be prohibited in order to keep all those jobs.

At the same time, in the industrial sector, the petrochemical industry worked to eliminate hemp as a raw material; For example, the American company Du Pont had patented a new chemical treatment for the processing of wood pulp, meaning that this replaced hemp in the manufacture of paper. It is paradoxical that a country whose Constitution was written on hemp paper now tried to demonise, ban and eradicate it at all costs!

All of this led to 1937’s prohibition and the subsequent withdrawal of cannabis from all the pharmacopoeias in the country and culminated in the worldwide prohibition achieved in 1961 during the United Nations Single Convention on Drugs. This body had a report from the World Health Organization (yes, the famous WHO) where it was stated that there was no justification to consider the idea of medicinal cannabis, so it was decided to eradicate its use globally over the following 25 years. Needless to say, its failure was, is and probably will continue to be resounding.

Facebook Marketplace Being Used To Set Up Armed Robberies Across America 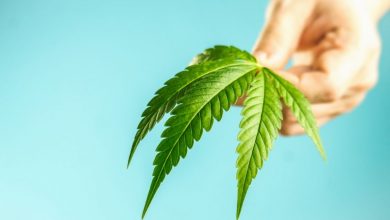 How to Get Discounts for Medical Marijuana 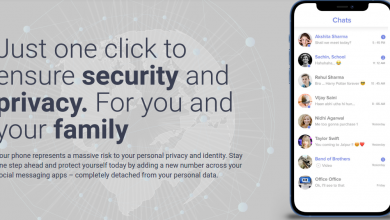 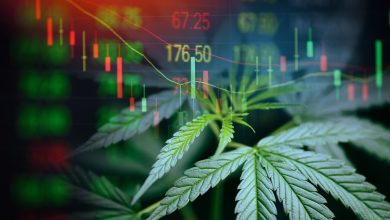 ‘Blockchain’ and cryptocurrencies in the cannabis industry- Alchimia Grow Shop