The success of “WAP,” the song by Cardi B and Megan Thee Stallion, didn’t rub off on the 2021 Grammy Awards show when it came to viewership and ratings, despite a performance featuring the two hip-hop stars.

Many liberals have hailed “WAP” as a women’s sexual empowerment track. It sold more than 2 million units in the U.S. alone and shot straight to No. 1 on the Billboard Hot 100. Yet the Grammys, which promoted to the max the Cardi B and Megan Thee Stallion performance, failed to see a payoff. The show hit all-time ratings low, dropping nearly 53 percent compared to 2020, Variety reported.

According to Nielsen Live+Same Day official national numbers, the Grammys drew an average of 8.8 million viewers for the network during the ceremony’s broadcast on March 14 at 8 p.m. ET with a 2.1 rating in the key adult 18-49 age demographic, Variety reported.

In 2020, the Grammy Awards drew a 5.4 rating in the key demographic with 18.7 million viewers — also considered a ratings catastrophe at the time. That made it the lowest-rated and possibly least-watched Grammys ever — until 2021, that is.

While Cardi B and Megan Thee Stallion couldn’t pull off ratings magic, they did manage to offend a few people with their performance of “WAP.” There have been more provocative performances by Grammy stars in the past including Britney Spears and Madonna. However, Fox News host Tucker Carlson said the two hip-hop performers were “intentionally trying to degrade our culture and hurt our children.”

But even as he claimed to be offended, Carlson repeatedly aired three separate clips of the “WAP” performance, The Daily Beast reported.

Many people on Twitter seemed to agree with Carlson.

“The Grammy’s, or as I refer to them as the Slammy’s had their boring awards gathering last night. Entertainment was provided by 2 sluts, I mean ‘artist’ Cardi b, and Megan thee Stallion. How family appropriate”, a user tweeted.

Another posted, “The point of awful songs like WAP is to influence our girls to be promiscuous and to degrade their bodies sexually. Sex is a beautiful thing God created, but we have perverted it. And I still WEEP for the soul and minds of anyone who thinks a song like that is good or liberating.”

Others on Twitter disagreed: “you are not free to tell other adults what consensual sexual activities they can enjoy. The point of songs like WAP is to show that women too enjoy all types of sex and guess what?! That’s ok! Hell, it’s even great!” 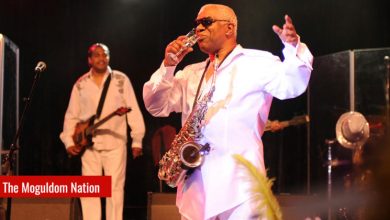 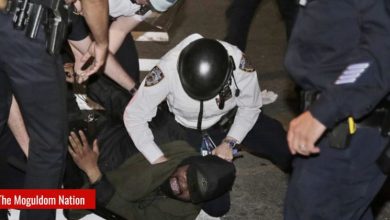 Here is Why Black America Is Getting Tired of Trauma Profit