The craft beer industry is not one that one typically thinks of as having a lot of Black owners, but in Inglewood, California, business partners Beny Ashburn and Teo Hunter are brewing something to change that.

“There was a lack of Black people in craft beer, period,” Hunter said during an interview with Atlanta Black Star. “Beer is probably one of the more universal beverages on this planet, and to see it done on a local and premium craftsman level and to not see your community present was a bit difficult for me to understand.”

Ashburn felt the same. “Imagine loving beer, going to breweries and as soon as you step in the brewery, you don’t see anyone that looks like you, you don’t hear the music that you love,” Ashburn said. “It can oftentimes be a little uncomfortable.”

When they did see Black culture in the industry, they noted it was subject to appropriation. “We started to see our culture presented on beer cans and in craft beer but yet the culture wasn’t there. It wasn’t in craft beer. So, one, it was a cultural appropriation, and, two, we just saw that also as an opportunity to have an authentic cultural representation within an industry that hadn’t really seen us up to that point.” Hunter said.

Together, they founded Crowns & Hops, a craft beer lifestyle brand built with Black culture in mind. They began researching the industry and realized they had to start within the community. The best way, they found, was to do pop-up marketing events at strategic locations.

“We did them in the back of barbershops, we did them in shoe stores. Wherever we could have an authentic conversation about what we were experiencing, we realized was the key and that was the first step,” Hunter said. “Start with community, build community and then give the community something they could be proud of,” Hunter said. “We wanted to create more of a beer lifestyle brand which really hadn’t been done before,” Ashburn added.

The Crowns & Hops flavors included a West Coast India Pale Ale with floral, tropical notes called Elevated Cypher, a hazy IPA called BPLB — Black and Brown people love beer — a clean, crisp, pilsner called Beat Messenger and an American Stout made with chocolate wheat with notes of coffee, cocoa, and a touch of smoke called Urban Anomaly.  “On our beer packaging, there’s a message on every single can that speaks to the name.  So if there’s an Urban Anomaly, we speak about what that means,” Hunter said.

In addition to impactful flavors, the beers — which Forbes reports are brewed by contract with Eagle Rock Brewery in Los Angeles and HenHouse Brewing Company in Northern California — come with a side of service to the community in the form of an initiative called 8 Trill Pils, focused on providing resources to Black-owned craft beer businesses.

“Right now out of about 8,000 plus breweries in the US, less than 1 percent are owned by Black people, which is about 60,” Ashburn said.  “Our focus, and what we’ve realized our focus has always been, is that beyond introducing people of color into craft beer, it’s really about creating equity inside of the craft beer space.” She emphasized.  “For people that built this country, we should probably have more than 1 percent ownership in the breweries, right? Hunter adds. We got the term 8 Trill Pils from a report written by the Kellogg Foundation called A Business Case for Racial Equity, and what it stated is that if you focus on racial equity today, by 2050, we stand to see an impact to our GDP of $8 trillion. We saw that for the first time as truly making a business case and strategy for economic growth.”

“Opening a brewery can be very expensive,” Ashburn said. “It can range from $700,000 to two or $3 million.  It really just depends on the kind of brewery you open, your location, your city — all of those factors are determined. I think what’s great about what we’re doing with 8 Trill Pils is we’re focusing on craft beer businesses. So if you don’t want to open a brewery, but you want to open a tap room, or bottle shop or there are so many points of entry into the craft beer space that we don’t have any ownership in, that we want to help support so we can grow the industry and see more of us on the inside.”

For now, Crowns & Hops is available in California and some of its border states. As the owners approach their sixth year in business, they find they’re still having fun with it all.

“What’s the most fun is we’re honestly kind of making it up as we go along,” Ashburn admits. “I think that’s the beauty about getting into something that doesn’t really have a footprint. We are creating whatever we want it to be and we’re doing it as our most authentic selves. Everything you see in Crowns & Hops is Teo and it’s Beny. It’s who we are, it’s the places we like to go, it’s the flavor profiles that we like to drink. It’s the art that we love. I don’t think those opportunities happen very often and you don’t get to do something that you truly love, but we love this business. We’re building a legacy brand. So hopefully our grandkids’ grandkids’ grandkids are drinking Crowns & Hops in 50 years.” 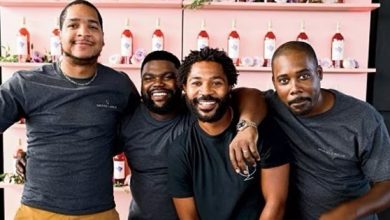 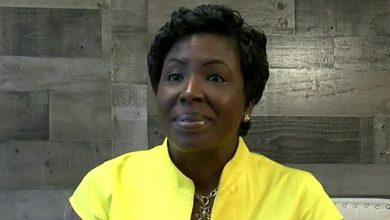 ‘It’s Not Crazy No More’ 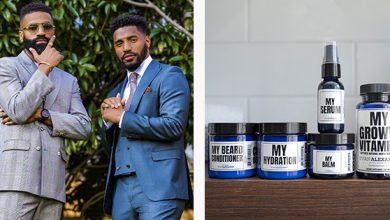 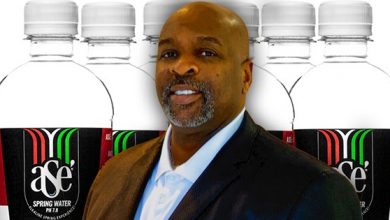