When it comes to an iconic artist such as Jean-Michel Basquiat, surely many may ponder what more could be seen or how else might the work be experienced other than what has already been created over the past couple of decades.  But immediately upon walking into the Starrett-Lehigh Building in West Chelsea, New York City, one senses that “Jean-Michel Basquiat: King Pleasure” is certainly no standard offering.

Opening Saturday, April 9, 2022, this massive production organized and curated by the family of Jean-Michel Basquiat holds more than 200 never-before and rarely seen mixed media treasures including paintings, drawings, ephemera, and artifacts bolstered by flickering video installations complete with rich commentary by family and close associates. Make no mistake, this is no elite, museum tutorial, nor is it a thrown-together, over-hyped art popup either. No, this exhibition is an expansive journey that, at long last, provides a much-needed humanization of the iconic artist, and it evokes a complete spectrum of emotion as one travels through the labyrinth of a 12,000 square-foot magical space dedicated entirely to Basquiat.

Indeed, some of the first mounted information states that “King Pleasure” is not intended to be a scholarly offering, and that’s just great. Instead, we are privy to a fleeting feeling of being a long-time family friend shown family artifacts that take us inside the upbringing and lifestyle of the man inside the iconic artist.

It’s one thing to read about where someone was born or his studio, but it truly another to experience IRL in the manner of “King Pleasure”. This show expertly guides us through such items as home movies of Basquiat at an early age playing with his sisters, his early drawings of Gumby, allowing us to step inside his childhood living and dining room and feel as if we are actually in Brooklyn back in the day. We overhear video recorded interviews from his sisters as they discuss when the family had to move to Puerto Rico, the racism the family experienced there, and how this began to shape Basquiat’s views on social injustice.

We get to see his sketchbooks, notebooks, décor and more from his last apartment, even his bike.  There’s even a copy of The New York Times Magazine with him on the cover in the ’80s that he signed for his father.

But it is the recreation of his studio on Great Jones Street that is an utter triumph. The space and size, the TV playing, the lights flickering, gives us the sense that he’s in the throes of work and maybe just ran out and will be back shortly. The family kept and displayed his shoes. A coat lies casually on the floor, his portable piano sits askew on a table, and naturally, the seemingly endless pieces of artwork are positioned authentically about the space. It’s like a snapshot, except you are in the picture as an observer. From this powerful section, we get the sense of the work environment that gave foundation to the artwork called his “blue ribbon” phase. The art created in this time frame was done within his first-ever, proper studio space – and it is absolutely stunning.

Viewing “King Pleasure,” we feel the tremendous talent that Basquiat was. Truly anything could be a canvas. There are extremely amazing works on blankets, a refrigerator door, part of a fence, a door removed from its hinges and a window removed from its dwelling.

Later on in the space, a long, dark hallway of multiple screens with simultaneous oral history creates an intimate feel of exchange between the family, close friends, and us.

It should be noted that this exhibit is contained, if you will, by massive foundations of wood structures that evoke a certain grounded vibe or earthiness. Indeed, the fragrance of cut wood still lingered heavy in the air during this preview. It provided a rootedness that was perfectly balanced by the airy, almost other-worldly soundtrack that plays throughout parts of the space, from jazz tracks to Pink Floyd, all inspirations for Basquiat while he was working.

The cool part of this exhibit is that it surprisingly concludes with great recognition of New York City nightlife during Basquiat’s time and his role in it. There’s wonderful imagery of Grace Jones and many more but it’s the recreation of the vibe of the Michael Todd VIP Room at the legendary nightclub the Palladium that is just lovely. It is here that two absolutely huge Basquiat paintings were commissioned and hung until, it seems, when the time came for the club to close, the owners gave them back to the Basquiat family. They are now on view in the exhibit.

It is important to note that the family commissioned architect David Adjaye to design the entire exhibit. And he and his team haven’t missed a beat. The founder of Adjaye Associates which also designed the National Museum of African American History & Culture in Washington, D.C., Adjaye said that he designed the space to be accessible and more welcoming than a museum. And it is, though, sadly, many may find the ticket price to be more of a hurdle here than anything in the structure or design.

However, what makes this experience so profound is that it speaks not only to what was and is but also to what could have been. Basquiat is beloved in part because his work was such a bridge between worlds that seems to be needed now perhaps more than ever. It is the provocation with artistic skill and infusion of cool that, as stated in the exhibit, “reminds us to pay attention to and dig a bit deeper to question what has been accepted and normalized within society.” And as friend Jeffrey Deitch noted in video commentary within “King Pleasure”, “Jean-Michel created a new syntax… that reflected the contemporary experience.” The integration of classical references to pop culture and graffiti within these pieces makes it a true joy to experience and makes us wonder what else could have been created if he had lived much longer.

Yet, particularly for viewers of color, there may be the notice of an ache not only due to the loss of this artist’s life but the sudden realization of a subconscious yearning or hole present in your very soul from being denied the consistent ability to see artists who actually look like you, who capture elements that relate to you, who are then publicly celebrated at an extremely high level by you and others. The reflection of genius, like a mirror, is a vital nutrient that is still all too often missing for people of color in most key sectors today. Of course, what also makes Basquiat continuously compelling is that much of his work investigates themes that are still all too relevant today — social injustice, classism, and the Black experience.

Many will want to possess or absorb more of Basquiat upon experiencing “King Pleasure”, and they can.  Just after the exhibit.

A word here about the “gift shop.” Be aware that this is no sleepy little souvenir crevice. It’s really more like a Basquiat boutique, complete with its own, separate entrance, featuring everything from high-end blankets and T-shirts to candles and temporary tattoos. There are exclusives, Coach items, downtown edge, and more, though one could argue that the full collection is perhaps veering dangerously close to the line of over-licensing. No matter, the boutique is still a definite, definite must-visit and fun.

“King Pleasure” is getting big buzz due in part to an insider sneak-peek earlier this week that featured such notables as Oscar-winning director Spike Lee, fashion industry icon Anna Wintour, and numerous international tastemakers.

And now it is about to be open to the public.

Tickets, timed, are available. There is no fixed closing date just yet. If for some reason you can’t make it, fear not. There is a forthcoming book published by Rizzoli Electa entitled “Jean-Michel Basquiat: King Pleasure,” authored by Jean-Michel’s sisters, Lisane Basquiat and Jeanine Heriveaux, and his stepmother, Nora Fitzpatrick, who also curated this exhibit.

The Pandemic's Ripple Effects on Health Have Begun. What Can We Do Now? 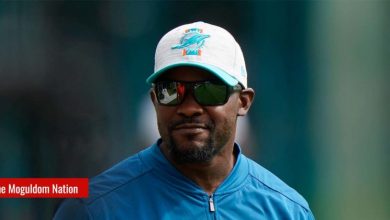 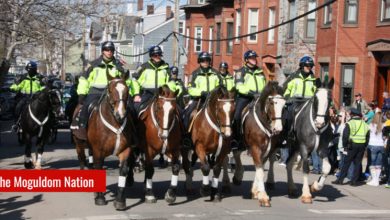 What Is Copaganda? 5 Things To Know 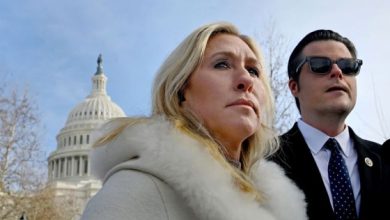 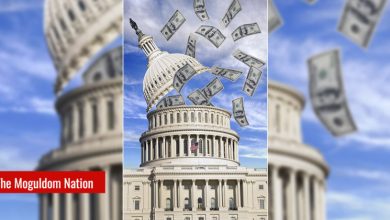