In California, the push for reparations for slavery is entangled in a debate over who should receive reparations. Should reparations be lineage-based or open to a broader base of people?

On Feb. 24, the nation’s first reparations task force delayed a critical vote that will decide who is eligible to receive reparations. The task force will revisit the issue on March 29.

The nine-member task force was formed in 2020 after the passage of Assembly Bill 3121, authored by California Secretary of State Shirley Webber.  The effort succeeded because of Weber’s commitment, according to California State Sen. Steven Bradford, D-Gardena, who serves on the reparations task force.

The California Assembly passed the historic reparations bill in June 2021. Gov. Gavin Newsom signed off on it in November 2021.

Determining who gets restitution for historical injustices Black Americans have suffered is “a pivotal issue” that is neither “simple” nor “black and white,” said Lisa Holder, a Los Angeles-based attorney and member of the California reparations task force.

“This is not an easy matter,” Holder said, according to the Sacramento Observer.

California taskforce members are considering who is eligible for reparations payments based on either lineage or race. Some task force members want to limit payments to people who can trace their lineage to a former enslaved Black person in the U.S. Others think all Black Californians should be eligible.

Here are five things to know about the debate over lineage-based reparations in California.

While the language of the law prioritizes people whose ancestors were enslaved, it does not detail exactly what that means, The New York Times reported.

2. For all Black Californians?

The task force has been hearing testimony and gathering evidence about how Black Californians have endured generations of racist policies such as redlining, school segregation and voting restrictions.

Because these policies affect anyone who is Black, some task force members feel reparations should go to all Black people in the state.

“If you have Black skin, you are catching hell in this country,” Holder said during a task force meeting. “We have to embrace this concept that Black lives matter — not just a sliver of those Black lives.”

3. Should reparations be based on lineage?

Erwin Chemerinsky, the dean of U.C. Berkeley’s law school, testified before the commission that providing reparations based on lineage, as opposed to race, would make the effort less likely to be overturned in court.

The bill’s author, Weber, is adamant reparations should be distributed based on lineage.

“Reparations are designed to repair and heal the damages done to Africans for 400 years who (suffered) through Jim Crow (laws),” Weber at the task force’s last meeting in January. Weber’s parents, grandparents, and great grandparents were sharecroppers in Arkansas.

“Recent immigrants do not share our common oppression at the same level,” Weber said. “Reparations are for those who are descendants of slavery. Their ties are permanently severed from their homeland and their ability to return to Africa is almost impossible. We are truly Americans.”

Reginald Jones-Sawyer, who represents South Los Angeles in the State Assembly, used former President Barack Obama as an example of how to distinguish between who should get reparations based on lineage and who would be left out, The New York Times reported.

If reparations were limited to people directly descended from enslaved people in the U.S., Obama would not qualify, as his father is from Kenya and his mother is white.

“In essence, we’re saying people like that, who’re experiencing racism now — and you can’t tell me Barack Obama didn’t experience racism — could not be part of reparations,” Jones-Sawyer said.

Some on the task force said they were concerned it would be difficult for descendants of enslaved people to prove their ancestry. Others said they worried that barring some Black Californians would spark fighting within the Black community. 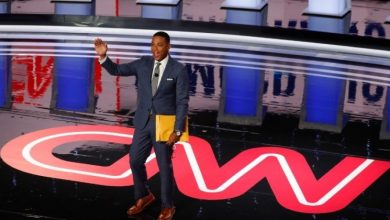 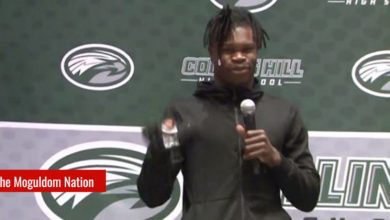 Why Five-Star Athletes Choose HBCUs: Knowing The Past To Process The Present 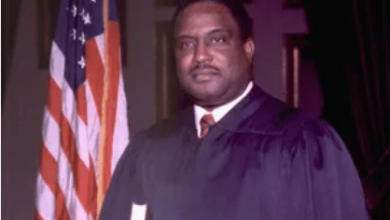 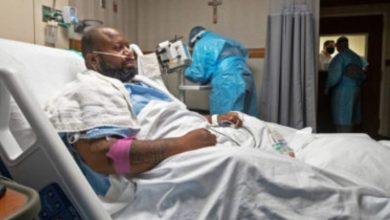 Number Of US Americans Hospitalized With Covid Tops 100,000