Jacqueline Avant, the wife of music legend Clarence Avant, was murdered in her Beverly Hills home on Wednesday, Dec. 1. She was 81.

Officers responded to a call about a shooting at the Avant home shortly before 2:30 a.m., the Los Angeles Times reported. Upon arrival they found Jacqueline suffering from a gunshot wound. She was transported to Cedars-Sinai Hospital where she later died.

Affectionately nicknamed Jackie, Avant was known for her kind heart and generous philanthropy. She served as president of the Neighbors of Watts – a support group for the South Central Community Child Care Center; as entertainment chairwoman of the NOW benefit auction; and as board member for the International Student Center at the University of California, Los Angeles.

“Jacqueline was an amazing woman, wife, mother, philanthropist, and a 55-year resident of Beverly Hills, who has made an immeasurable positive contribution and impact on the arts community. She will be missed by her family, friends, and all of the people she has helped throughout her amazing life,” the Avant family said in a statement read by Beverly Hills Police Department Chief Mark Stainbrook at a news conference.

Married for 54 years, Jacqueline and Clarence, 90, have two children – Nicole Avant, 53, and Alexander Avant, 50. Nicole is a film producer and former U.S. Ambassador to the Bahamas who is married to Netflix Co-CEO Ted Sarandos. Alexander is a writer, producer, actor and talent executive.

Clarence is known as “The Black Godfather” for his impact on the music industry. In addition to being a Grammy-winner and former chair of Motown Records, Clarence founded and owned two record labels and started the first Black-owned FM radio station in LA, according to NPR.

He is responsible for helping the careers of Bill Withers, Babyface, the SOS Band and others. Clarence received a star on the Hollywood Walk of Fame in 2016 and was inducted into the Rock & Roll Hall of Fame in October.

The distinguished couple met in the 1960s at the Ebony Fashion Fair, where Jacqueline was modeling. They were married in 1967 and went on to make a major impact on the local and national levels. In addition the arts, culture, music and philanthropy, the Avants were very involved in politics.

There is speculation that the attack occurred during a home invasion, however, Stainbrook said it was too soon to confirm.

“The motives in this case are still unknown, and we’re investigating all possible motives,” Stainbrook said. “We will not speculate on anything that’s out there, including if this was a robbery attempt or not. … I don’t think it’s a random attack, but I can’t speculate on that right now.”

Tributes poured in on social media for the Avant family, with many noting what a great loss and that Jacqueline’s beauty was more than skin deep.

“My heart breaks for Clarence and Nicole and all the Avant family. This world can be so cruel and cold!! I have no idea what kind of sub-human could shoot an 81 year old woman, and in her own home,” Tyler Perry tweeted. “But you can rest assured that every available resource will be used to find whoever is responsible for this awful nightmare. This is tremendously sad.”

“So sorry for the Avant family. My heart goes out to you!!! OMG!!!! Where are we??!!! WHAT are we?!!” actress Viola Davis tweeted, followed by prayer and broken heart emojis.

“Jackie Avant was a wonderful woman, a great partner to Clarence and mother to Alex and Nicole, an active citizen & a dear friend to Hillary and me for 30 years,” former President Bill Clinton tweeted. “She inspired admiration, respect & affection in everyone who knew her. We are heartbroken. She will be deeply missed.”

“Rarely does a person radiate royalty as did Jacqueline Avant. I am so devastated over her brutal murder. Thank you, Jackie, for your years of friendship, and for honoring my husband & I with your presence at our nuptials. You are loved more than you could ever imagine. RIP Queen,” Seidah Garrett tweeted.

“Cookie and I are absolutely devastated at the loss of one of our closest friends Jackie Avant. She was senselessly murdered last night in a home invasion. This is the saddest day in our lives,” Magic Johnson wrote.

“Jackie Avant was the backbone of her family and a community mother,” Twitter user Avis Ridley-Thomas tweeted. “She was a giving and pleasant person whom I will personally miss. My family joins the Avant family in mourning her tragic passing.” 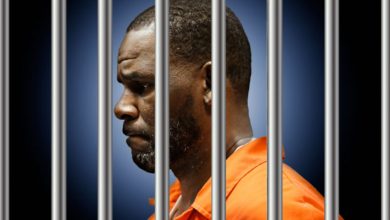 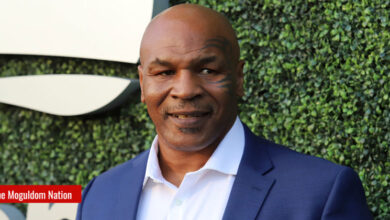 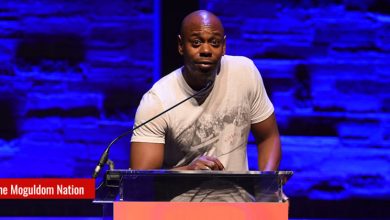 Dave Chappelle Can’t Be Canceled by Anyone so Stop Trying