At the age of only 20, Jada had written and co-produced for R&B megastars, even expanding her pen game to different genres and classifications of music.

It’s the late Summer of 2017. A thick humidity looms in the air as a young 16-year-old Jada Simone prepares to perform her very first remix, or as she has coined it, ‘J-Mix.’ It is her rendition of fellow R&B icon Tory Lane’s Say It. Jada positions her cracked iPhone 7’s front-facing camera towards her as she shuffles around in the passenger seat of her Toyota Camry, occasionally readjusting the car seat to ensure she has sufficient space and adequate camera angles. Her phone is firmly standing in the front windshield of her car and being upheld by a wedged piece of cardboard. She plugs her phone into her car radio, and the instrumental begins to play.

A smooth cocktail of trumpets and 808s blasts through the speakers as Jada uses the windshield visor to block the sun rays from glaring in her face. Within seconds Jada has harmonized with the record and a mesmerizing vocal exudes effortlessly from this 16-year-old talent. She delivers a riveting performance and a completely new take on the popular song. Utilizing her own lyrics and her vast experience with betrayals and heartbreaks she proves herself to be a master of confrontational balladry.

This performance however was unlike most as Jada would not be presenting her music in front of a live audience. She also wouldn’t be appearing on an actual stage. — Well, not a physical stage. Perhaps I can clarify. Jada would be performing her cover and posting it to her Instagram for what she believed would only amass the views of her peers, and a few thousand followers. Unbeknownst to her, Jada was laying the cement that would eventually foster the road to her massive success while simultaneously making her a viral sensation.

Jada’s rise to stardom was unorthodox as it didn’t come from her making her own original music, at least not at first. Jada’s viral Instagram car videos became something that her followers looked forward to. Jada quickly grew her following by thousands overnight while tapping into a level of social media fame that she had never imagined. After her first Instagram J-mix received praise and accolades from her peers and fans of her music, she watched her views quickly climb to over 200K. Jada received recognition from her favorite R&B singers, many of which who served as an inspiration to her flourishing musical journey.

At the age of only 20, Jada had written and co-produced for R&B megastars, even expanding her pen game to different genres and classifications of music. A switch of pace in her journey has prompted us to sit down with the young R&B star as she now is preparing to independently release her very own project titled ‘Ambivalent’

“The whole experience is surreal to me. I literally put a video out for my family and friends, and people loved it. I’ve been singing since I was 4, and I’ve always loved to write. I started writing my own pieces to songs that I enjoyed listening to. By the grace of God, I’m here because apparently other people like to listen as well (chuckles). I’m just humbled to be in this position and I’m so excited to share what I have in store for my core fans. Ambivalent is very special to me” — Jada

We’re excited to see and hear this highly anticipated project from Jada, and she has promised us the exclusive when it releases. Stay tuned as we’ll cover it first and we’re confident you will be hearing so much more from Jada Simone, the soon-to-be Princess of R&B.

Eddie Murphy's The Legendary Funnyman With A $200M Fortune, But He's Also A Family Man Of Ten Kids 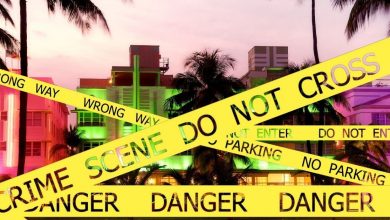 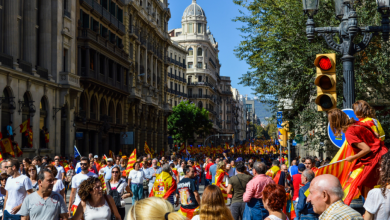 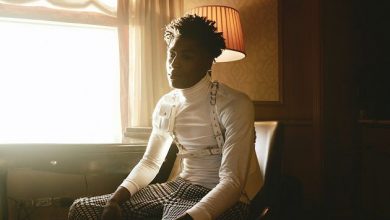