U.S. President Joe Biden has warned that there will be food shortages across the globe because of the Russian invasion of Ukraine and the sanctions imposed as a consequence.

“With regard to food shortages … yes we did talk about food shortages and it’s gonna be real. The price of the sanctions is not just imposed upon Russia, it’s imposed upon an awful lot of countries as well including European countries and our country as well,” Biden said during a press conference in Brussels on Thursday, March 24.

Foods that include wheat, in particular, may be in short supply as both Ukraine and Russia are major producers of the crop, Bloomberg reported.

There is already a shortage of food and prices have risen for basic goods in the wake of the covid-19 pandemic. The war in Ukraine is only exacerbating the problem – a fact which many on social media weighed in on.

“The devils don’t hide their plans, we just don’t heed them. Only the smart will survive what’s coming. #prep,” user @MarleyK20 tweeted.

“We have a global economy. You ever read where your food comes from? Ukraine is one of the biggest supporters of barley in the world, Russia wheat,” @MarleyK20 added in a separate tweet. “Many fruits, veggies, produce, cheese, and seafood are imported. When nations can’t get food, they stop exporting.”

“How can a country that can afford to pay farmers NOT to grow crops be so dependent on food from elsewhere? The system has created this situation and the conditions to make it advantageous to them and their purposes. We’ve been warned,” @hotec4fun tweeted.

One user was visibly frustrated and wondering if sanctioning Rusia was worth putting the global food supply at risk.

“Anybody want to help me understand why the f**k putting sanctions on Russia is worth creating a f**king worldwide food shortage?” @zwnyc tweeted.

PHOTO: A customer walks past empty shelves at Heinen’s Fine Foods store, Jan. 13, 2022, in Pepper Pike, Ohio. Shortages at U.S. grocery stores have grown in recent weeks as new problems, like the fast-spreading omicron variant and severe weather, have piled on to the supply chain struggles and labor shortages that have plagued retailers since the coronavirus pandemic began. (AP Photo/Tony Dejak) 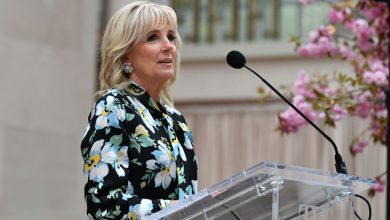 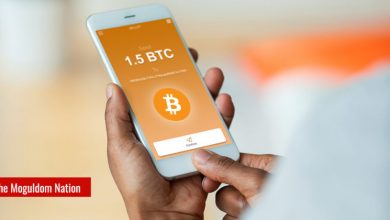 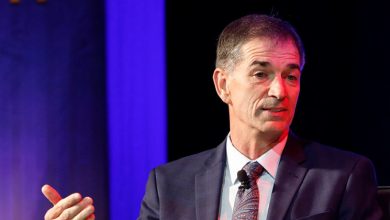 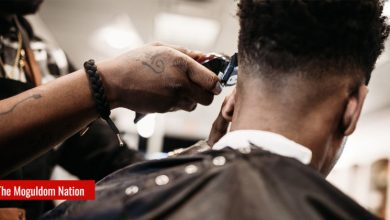