Kanye West said Pete Davidson has been “assigned” by Disney “to serve in some bigger narrative” and continued to mock the comedian.

Kanye West had an eventful Sunday (Feb. 13) that he documented in a frenzy of social media posts. He continued his tirade against Pete Davidson amid posts about his Super Bowl experience.

He took to Instagram to share a clip of his McDonald’s commercial and celebrate his “awesome” day in the caption.

“HOW GREAT IS IT TO BE A FREE ARTIST,” Kanye West began. “I FOUGHT FOR MY FAMILY. WE HAD SUNDAY SERVICE. TRENDED OVER THE SUPERBOWL WHILE AT THE SUPER BOWL WITH MY KIDS. ODELL GAVE ME AND MY KIDS HIS GLOVES.”

He continued, “DRE PERFORMED. RAMS WON. AND I DID A SUPERBOWL COMMERCIAL WITH MCDONALDS. GOD HAS A PLAN. LOVE OVER FEAR. TODAY WAS AWESOME,” Kanye concluded.

Earlier in the day, Kanye West shared a video from the Super Bowl capturing the moment Odell Beckham Jr. threw him a pair of gloves, which he gave to North and Chicago. He also panned the camera around, revealing YG and Tyga sitting behind him and 2 Chainz sitting next to him and his children.

Meanwhile, Kanye West also went live on Instagram from his Sunday Service, sharing the experience with his followers. Fans watched on as Kanye sang along to the choir while his children played.

However, Kanye’s posts were not limited to the Super Bowl and Sunday Service. He continued his tirade against Pete Davidson, or “Skete,” as Ye has taken to calling his estranged wife’s new boyfriend.

He posted an image of Pete Davidson wearing a red hat with the words “Make Kanye 2016 again,” a play on Donald Trump’s “MAGA” hats.

“MAKE ALL BLACK PEOPLE VOTE ONE WAY,” Kanye West wrote sarcastically in the caption. ”SIT DOWN YE YOU DONT HAVE THE RIGHT TO BE OUTSIDE OF THE BOX WE PUT ALL BLACK CELEBS IN AND THE PRISONS WE PUT 25% OF BLACKS IN NO YOU CAN NEVER MEET MEET MY CHILDREN BOY.”

Kanye also attempted to shed some light on an earlier post when he said, “this aint about” Pete. He called out Bob Iger, CEO at Walt Disney until recently, and said Disney will “never control the highschools.”

Kanye West called Pete Davidson “a pawn” assigned by Disney “to serve in some bigger narrative” and made a joke about his fashion sense. Ye also spoke about Disney attempting “to gain influence” and accused Ellen and Hilary Clinton of “whispering” in Kim Kardashian’s ears.

“IM NOT CRAZY,” Kanye wrote. “I WOULDNT HAVE HAD SUCH A BIG IMPACT ON CULTURE FOR THE PAST 20 YEARS IF I WAS.”

He ended his post with “THIS IS THE REAL NARRATIVE EVERYONE ELSE IS AFRAID.” Kanye West added, “BUT NOW THAT THEY PLAYED WITH MY FAMILY ITS UP.”

10 Home remedies for a UTI 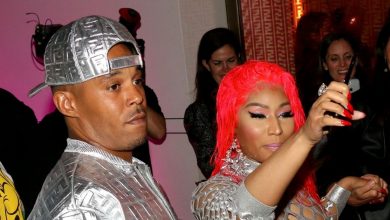 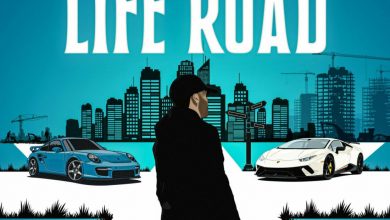