Kevin Hart may not give two F-s in his new Netflix comedy special, but it seems a lot of other people do.

“Kevin Hart: Zero F— Given” got mixed reviews from fans and critics on social media.

When filmmaker and activist Tariq Nasheed, founder of Foundational Black American, weighed in with his thoughts, it caught Hart in his feelings. He obviously does give more than a few F-s.

Nasheed tweeted, “I like Kevin Hart….. real cool guy… But his new #Netflix stand up special #ZeroFsGiven was NOT funny….. I had to just cut it off after 10 mins”.

Hart replied, “Please remind me why your feedback should matter again? I think I’ve done pretty well for myself by doing this comedy that’s NOT funny….Good luck to you and whatever it is that you do tho….Power to the people”.

Jamarlin Martin, founder of Moguldom Nation, pointed out on Twitter, “Kevin Hart getting sensitive over someone not thinking one Netflix show is funny, is funny. Someone who is so apolitical on issues that could impact his white fan base, shouldn’t be so sensitive.”

Others seemed to agree with Nasheed. One person tweeted, “I haven’t watched it yet, but I’ve heard it isn’t your best work…& that’s ok. Learn to take criticism without getting defensive, Kevin.”

The special, which was shot inside his Los Angeles home, wasn’t standard Hart comedy as many reviews said it lacked his normal biting wit. Instead, say critics, he played it safe in “Zero F— Given”.

“I’m no longer comfortable anywhere else but my house,” Hart said in the special, performing for a masked crowd. “I’m in my … comfort zone. I’m gonna let it fly today.”

There might be a reason Hart played it safe. He has ticked off people in the past. In 2019, some called for the Motion Picture Academy to rescind its invitation for Hart to host the 2019 Oscar ceremony after homophobic tweets resurfaced that Hart posted in 2011. Hart ultimately stepped down as host and apologized, “I sincerely apologize to the LGBTQ community for my insensitive words from my past.”

He was more cautious this time around. In the new hour-plus streaming special, which premiered Nov. 17, Hart delivers “a stand-up routine designed to avoid overtly bigoted and insulting material, and instead focuses on his own life, family, post-Oscar debacle and present-day covid-19 state of mind,” The Los Angeles Times reported.

The comedian was careful to the extreme, some said. During “Zero F— Given,” he recalls going to a pizza party at fellow comedian Jerry Seinfeld’s. “Italian chefs came out, passing out pieces and talking some Italian …” Hart said, imitating a foreign language disparagingly. Then he caught himself. “I realize what I’m saying is racist and I apologize.”

Hart tells joke after joke about “his weaknesses, his misapprehensions, the things he’s proud of, and how awkward it is to navigate between boasting and wanting to be loved,” according to The Vulture.

While it seems the Oscars incident has affected his comedy, in the “Zero F— Given” he never refers to the “Oscars.”

First Mover: Why Is Bitcoin's Price Rising? Here Are a Few Possible Answers 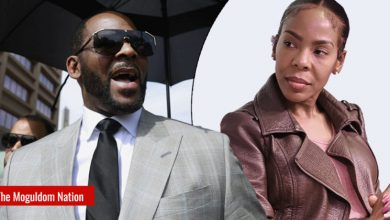