Cannabis is an ancient plant and, in fact, archaeological studies show that it was being already cultivated around the year 8000 BC. There is a great deal of information on the chronology of this magnificent plant, catalogued by gurus, shamans, doctors, biologists and scientists as a spiritual, medicinal, recreational or industrial plant, as it has many different and varied uses. In this post, we will leave cannabis as a material for the industrial sector (textiles, paper…) aside and focus on explaining the different ways of consuming it.

Consuming cannabis in the form of a joint, spliff, or reefer is the most familiar way to the vast majority of those who enjoy this plant. However, nowadays it is easy to find other, different methods of consumption to inhale the smoke resulting from combustion. Pipes, hookahs, and bongs are just some examples of this way to enjoy cannabis, although there are small differences between them, such as the amount of smoke inhaled or the prolongation of the aspiration and the toxins produced during consumption.

It should be noted that when cannabis is smoked, much of the THC is wasted in the combustion itself at the moment of inhaling, which leaves only 40% of the total THC for consumers. Still, smoking weed is the quickest way to experience its effects, smells, and tastes.

The cannabis plant produces chemical compounds called cannabinoids. More than 40 different cannabinoids are confirmed to exist. The main ones are:

One of the healthiest ways of consuming cannabis is through a vaporiser, as the material is inhaled but not smoked, and there is no combustion which reduces toxins in proportion to the THC. The combustion of cannabis above 230º triggers the release of different elements with a greater or lesser degree of toxicity, depending on the temperature to which the weed is subjected. At 180º the THC evaporates and hydrocarbons are not so present.

A scientific study analyzed the best vaporiser on the market, giving a result of 10 parts of tar to 1 part of cannabinoids. It compared this with the results from a cannabis joint, which were 13 parts to 1 and the same study contrasted these results with a water pipe or bong, which gave a result of 27 to 1. We can see that the water pipe is much more harmful than the joint and the latter more so than the vaporisers, with a difference of 30% between these last two.

Cannabis can also be consumed in “milk infusions”. THC is fat-soluble but not water-soluble, meaning that it can be dissolved in oil but not in water-based liquids. This means that if we mix it with plain water, all we will achieve is to spoil our buds by soaking them; on the other hand, if we use milk, the THC will bind to the fats it contains. It’s worth remembering that the more fat the milk contains, the easier it will be to dissolve the THC, so it is advisable to use good quality whole, full-fat milk.

The quantities to be used for the cannabis infusion will depend on each person, but in general, an average of 0.33g of weed per 330ml of milk would be sufficient, although we advise each person to find their ideal dosage, starting low and increasing the dose bit by bit until the desired effect is reached.

It is very simple to prepare: pour the milk into a saucepan and add the dried, ground cannabis. Heat on a medium setting for 10 minutes, stirring from time to time. If the milk starts to boil, lower the heat so it simmers gently until the 10 minutes are up. Finally, strain the contents through a sieve and the infusion is ready for consumption. The time it will take to take effect will be the time your body takes to digest the milk.

Another way to consume cannabis orally is to leave it to macerate in a bottle of your favorite alcohol, such as rum, whisky, or aguardiente, among others.

Its preparation is also simple. It involves putting 25 grams of our best dry weed in 1 litre of our chosen alcohol, land then leaving it to steep for 6 weeks, turning or shaking the bottle a little every week to agitate the mixture. To finish the preparation, strain it through a sieve and it is ready for consumption in the form of a liquor shot.

Cannabis via sublingual use

Another way to use cannabis medicinally is sublingually (under the tongue). Nowadays, there are pharmaceutical companies that distribute a compound called Sativex, which is an extract of the medicinal properties of cannabis.

Sativex is intended for patients suffering from pain caused by spasticity (stiffness of the muscles and joints with severe pain, leading to total or partial inability to move the upper and/or lower limbs) associated with multiple sclerosis. Tried and tested, Sativex provides the patient with relief in the form of muscle relaxation, reducing the level of pain caused by stiffness of the limbs.

In ancient times, a recipe for cannabis ointment was used as an analgesic by gurus and shamans to soothe kidney pains or strokes. It is simple to make at home. The base of the ointment will always be a fatty substance in order to absorb the maximum amount of resin.

The easiest way to create the ointment is to start with some cannabis oil, which can be an alcohol extraction, BHO or, ideally, a solventless extraction such as Rosin. Once the oil is obtained, mix it with beeswax at a ratio of 5 parts oil to 1 part wax to create the ideal consistency.

Alternatively, if you don’t have access to cannabis oil, you can simply make cannabutter, mixing it with beeswax at the same ratio as above.

The Reason He's All In His Feelings 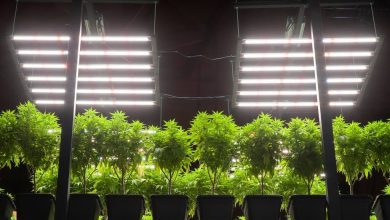 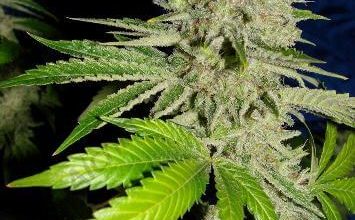 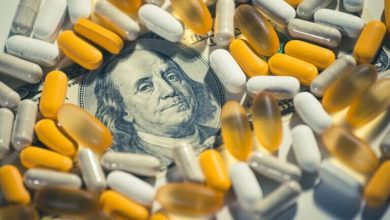