Cheslie Kryst – attorney, MBA and one of three Black women to make history as a part of America’s first all-Black beauty queen trifecta in 2019 when she was crowned Miss USA – has died by suicide. She was 30.

Hours before Kryst’s death, she posted a serene selfie on Instagram with the caption, “May this day bring you rest and peace,” followed by a heart emoji.

“In devastation and great sorrow, we share the passing of our beloved Cheslie. Her great light was one that inspired others around the world with her beauty and strength,” Kryst’s family said in a statement to ExtraTV, where Kryst worked as an entertainment correspondent.

“She cared, she loved, she laughed and she shined,” the statement continued. “Cheslie embodied love and served others, whether through her work as an attorney fighting for social justice, as Miss USA and as a host on ‘Extra.’ But most importantly, as a daughter, sister, friend, mentor and colleague — we know her impact will live on.”

The family also asked for privacy as they mourn the loss of their loved one.

Officers were called to the 60-story Orion condo building in Midtown Manhattan where Kryst lived just after 7 a.m., according to The Wall Street Journal. Police discovered her body on the street below.

A former Miss North Carolina, Kryst was born in Jackson, Michigan on April 28, 1991. Her mother – who also competed in pageantry, moved she and her five siblings to North Carolina when she was a child and she was primarily raised there.

She practiced civil litigation and worked pro bono to help clients with low-level drug offenses at the Buried Alive Project. However, Krst eventually stopped practicing law, sharing in a TikTok video that she faced “constant microaggressions” as a Black woman attorney.

“My third reason is just the general lack of diversity in the legal profession and the constant microaggressions because of it. Now that could be said about a lot of different industries, but for some reason, it just felt worse in the legal profession,” Kryst said before sharing a story about a court reporter who asked her if she knew when the lawyers were arriving when she walked into a room for a client’s deposition.

In a separate TikTok video, Kryst described other microaggressions she experienced as a Black woman in general.

In addition to making history with the all-Black beauty queen trifecta, Kryst made history as the oldest woman to be crowned Miss USA at age 28. She penned an essay in the March 2021 issue of Allure entitled “A Pageant Queen Reflects on Turning 30.” In the article, Kryst shared how the pressures to achieve while young had shaped her.

“Each time I say ‘I’m turning 30,’ I cringe a little,” Kryst wrote. “Sometimes I can successfully mask this uncomfortable response with excitement; other times, my enthusiasm feels hollow, like bad acting. Society has never been kind to those growing old, especially women. (Occasional exceptions are made for some of the rich and a few of the famous.)”

She went on to further detail her internal struggle with finding solace in aging gracefully and being proud of her accomplishments, noting “turning 30 feels like a cold reminder that I’m running out of time to matter in society’s eyes — and it’s infuriating.”

“Far too many of us allow ourselves to be measured by a standard that some sternly refuse to challenge and others simply acquiesce to because fitting in and going with the flow is easier than rowing against the current. I fought this fight before and it’s the battle I’m currently fighting with 30.

It seemed Kryst had found a way to navigate the pressure as she ended her essay. “Now, I now enter year 30 searching for joy and purpose on my own terms — and that feels like my own sweet victory,” Kryst wrote.

Beauty, intellect, kindness, humility and joy are all qualities people associated with Cheslie Kryst. Many echoed her family’s description of her as a bright light. On the surface, many people believed she had it all.

It is one of the reasons the news of Kryst’s suicide has sent shockwaves across the globe. Many have taken to social media to express their disbelief and condolences, as well as to communicate how profound the loss is.

“We are devastated to learn about the loss of Miss USA 2019 Cheslie Kryst. She was one of the brightest, warmest, and most kind people we have ever had the privilege of knowing,” Miss Universe tweeted from the pageant’s official account. “Our entire community mourns her loss, and our thoughts and prayers are with her family right now.”

“Thank you for being the representation in the pageant world I so desperately needed to see. Rest peacefully,” Little Miss Flint Mari Copeny tweeted.

“I feel hollow inside. Your last message to me said, ‘Aww thank you. I look forward to seeing you at my homecoming!’ I wish that were true for your mom and family,” @DrPatrickGRaham wrote. “You made your mark. I will see you at our Father’s house where there are many mansions. #CheslieKryst”

Others noted Cheslie Kryst “suffered silently” and pointed to the fact that social media does not always tell the true story of how someone is doing.

“She suffered silently ! Being a black female lawyer in #USA wasn’t easy for her at all,” @NellyEfambe1 tweeted. “Rest in peace #CheslieKryst , you will be missed ! I can’t just believe that this video was one of your last you did few days ago explaining why you won’t pratice law again.”

“Trauma is a daily occurrence for Black women. . . We have to fight for [peace emoji],” @pbosslady tweeted. “Microaggressions are like WMD that make implosions inevitable. The xhit is exhausting. #CheslieKryst doesn’t look like what she’s been thru, but rest assure. Its a war zone.”

“Suicide does not have a face. I tried to KILL MYSELF so I KNOW the pain,” actress and life coach Julie Mango tweeted. “Now I want to live, and not die. By God’s grace, I wanna have fun and age like my Grandma Miss Dandy. Pleaeese, get help. You don’t have to live sad. You can actually be happy. #CheslieKryst rip Cheslie”

“Cheslie Kryst’s death is a reminder that social media is not an accurate reflection of someone’s life. We see fun content, success, and forget that there is a person with real emotions that can be dealing with some really heavy stuff. I pray she has peace,” @TikkizWorld tweeted.

“The death of Cheslie Kryst serves as a warning that social media is not real and portray a person’s life. A post or funny tweet does not define how a person is doing. They could be dealing with alot. Praying for her love ones,” @munir_anika wrote.

“Whenever someone who appears joyous commits suicide, it’s always ‘check on your strong friends’ but how about the times when your strong friend wanted to talk about something but you brushed it off and you told them they’ll get through it #CheslieKryst,” @obrigadapower wrote.

PHOTO: Miss USA Cheslie Kryst attends the world premiere of “Like a Boss” at the SVA Theatre on Tuesday, Jan. 7, 2020, in New York. (Photo by Evan Agostini/Invision/AP)

Diabetes: Questions to Ask Your Doctor 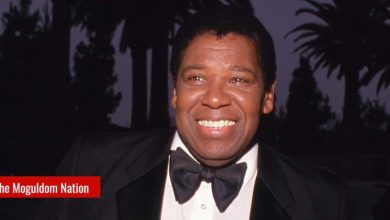 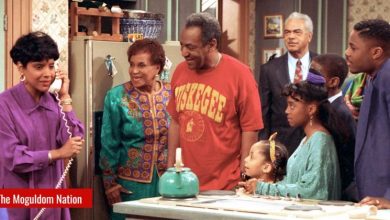 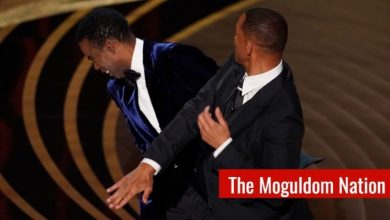