A California town has agreed to pay a Black couple $150,000 and implement reforms to settle claims police officers racially profiled them in their own store in 2020.

Yema Khalif and his wife were setting up new inventory in their clothing store bearing his name in August 2020 when Tiburon Police officers demanded that Khalif put his key in the door or show identification to prove that he was the owner.

The officers kept pressuring the couple until a white neighbor confirmed he owned the store.

As part of the settlement, Khalif and his wife Hawi Awash will sit on an advisory board that will vet candidates for the police department, and the agency will bolster racial bias training, among other reforms.

Khalif and Awash, the only Black business owners in the Northern California town at the time, were sorting through inventory at the store at 1 a.m. on August 21, 2020, when Tiburon Police Officer Isaac Madfes came to the door and asked them what they were doing.

The couple and a friend said they noticed a Tiburon police cruiser drive by the store at least three times before it parked in front of the store for 20 minutes.

Awash said the officer was “aggressive,” so Khalif asked for a supervisor, who Madfes said was already on his way. The superior, Sgt. Michael Blasi also asked the couple about their presence in the store, which had photos of them on the wall.

“This street closes at 9 o’clock at night and there’s never anybody in here,” Blasi said.

“This isn’t regular business hours. There’s no customers in there. Is it your store that’s all we want to know? I want to know what you’re doing in the store at 1 o’clock in the morning.”

Khalif fended off Blasi’s demands for his identification.

“I don’t have to tell you nothing. If I tell you it’s my store, then what?” asked Khalif, who is from Kenya.

The sergeant insisted that “if” it was Khalif’s store, he should show proof, and he is “looking out for the community.”

“I do not have to prove my existence to you,” Khalif said.

“The next time I come here, and there are three totally different people in here — I don’t care what color they are — three people in your store at 3 o’clock in the morning, do you want us to walk by and not do anything?” Blasi asked.

Khalif reached for his key when a neighbor yelled from his balcony.

“That’s his store,” said Ken Johnson, who told reporters that he saw the argument between Khalif and the officers, and he feared it would get worse.

“Thank you very much, that’s all I need to know,” Blasi said before walking away.

The couple threatened to sue the city for $2 million but agreed to a smaller settlement with policy changes.

Tiburon Police officers must now carry business cards that include information on how to file a complaint. The department launched a community liaison pilot program and increased the frequency of bias training from every five years to every two years, the San Francisco Chronicle reports.

“The changes proposed by Yema and Hawi are very positive and will help make the Town of Tiburon a leader in the areas of diversity, inclusion, and transparency,” Tiburon Mayor Jon Welner said.

Yema and Hawi also expressed their satisfaction with the settlement. The couple plans to use a portion of their settlement money to provide scholarships to orphans in Kenya and Ethiopia. They still face a legal battle with city of Belvedere, which also dispatched an officer to the store that night.

“Aug. 21, 2020, was extremely traumatic,” Awash, who’s from Ethiopia. “I’m happy that Tiburon has taken accountability and has made real, substantial policy changes.”

Nicki Minaj Traded In Her "Pills And Potion" For Sobriety 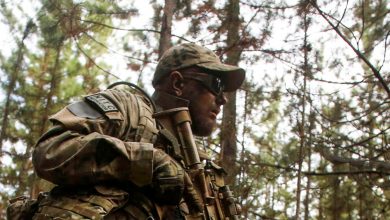 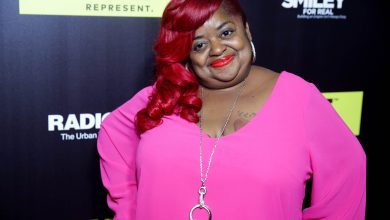 Atlanta’ Star Ms. Juicy Baby After She Uploaded a Video of Her Progress Following a Stroke 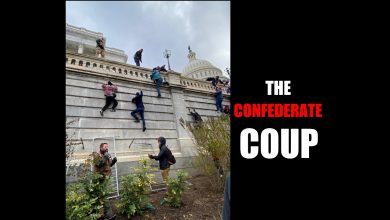 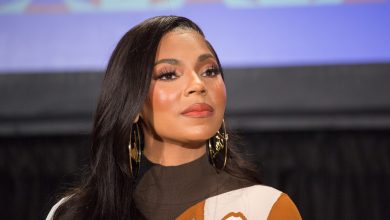