Beyond the horrors of slavery, there was a major economic impact that persists to this day — slave owners got wealthy on free slave labor and freed slaves and their descendants were left with a seemingly insurmountable wealth gap.

A new podcast from Bloomberg, “The Pay Check,” recently crunched the numbers on the cost of slavery.

In an episode entitled “The Unrelenting Cost of Slavery,” the show looked at not just the cost of slavery, and its legacy to Black people, but the huge gains created for white people.

The economic value of 4 million slaves in 1860 was on average, $1,000 per person, or about $4 billion. In today’s dollars, that would be as much as $42 trillion, accounting for inflation and compounding interest, according to the podcast.

“There were literally slave-backed securities,” said Mehrsa Baradaran, author of “The Color of Money: Black Banks and the Racial Wealth Gap.” Slavery fueled the cotton economy but slaves weren’t paid an estimated $20.3 trillion in wages for their labor.

The loss of wealth is one of the things driving the reparations movement. In 2019, Yahoo Finance calculated the cost of reparations and found that it could go as high as $17.1 trillion. University of Connecticut researcher Thomas Craemer estimated that reparations would cost from $5.9 trillion to $14 trillion. Marketwatch came up with a bill of $16 trillion.

Reparations scholars Dr. William “Sandy” Darity and A. Kirsten Mullen figured that reparations could cost as much as $10.7 trillion. Various economists have examined how the government could pay for reparations.

“One possibility: tax the wealthy to pay for reparations. If a goal is to reduce the racial wealth gap, that could be achieved by transferring assets from the very rich to those who face significant barriers to accumulating wealth,” the Tax Policy Center reported.

By some estimates, that promised land would have been worth as much as $3.1 trillion today.

What little wealth Black families built on their own was often taken away violently through such attacks as the Tulsa massacre of 1921 when mobs burned down what was known as Black Wall Street, obliterating $200 million in homes and businesses and displacing 10,000 Black Tulsans.

10 Things To Know About The SEC Lawsuit Against Ripple XRP, 7th Largest Crypto By Market Cap 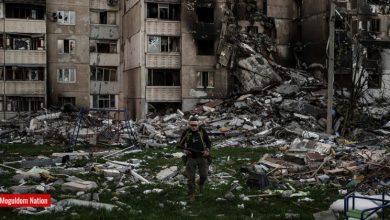 While Ignoring Reparations For Black America, Will America End Up Sending $1Trillion To Ukraine? 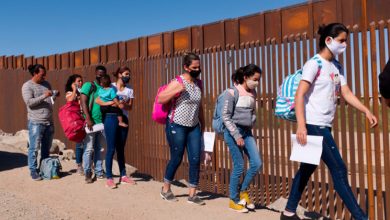 Biden Is Considering Payments Of $450,000 Per Person To Those Impacted By Trump’s Zero-Tolerance Border Policies 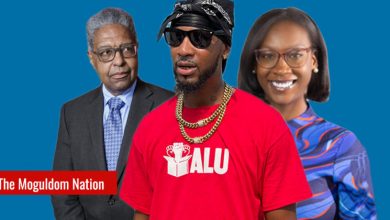