There are so many questions swirling around about the catastrophic collapse of the world’s third-largest cryptocurrency exchange, FTX. The crypto company, led by 30-year-old Sam Bankman-Fried, filed bankruptcy on Nov. 11. Now its many investors, including high-profile ones like tennis star Naomi Osaka, basketball star Stephen Curry, and famed football quarterback Tom Brady, are wondering if their millions are lost forever.

Many things should have been questioned about the company, which was once valued at $32 billion, long ago but mainstream media failed to dig deep. Some charge that The New York Times, for example, glossed over the red flags surrounding FTX.

No one seems to know if FTX had a CFO, but one was not listed on the leadership team roundup.

“FTX’s collapse was unique in that it transpired out of the tangled relationship between the exchange (FTX) and the trading firm, Alameda Research, both of which were founded by Sam Bankman-Fried,” Dan Ashmore, a crypto analyst at Invezz, told Fortune. “There is a reason there was no CFO at FTX— because the leadership structure was highly unusual, given Bankman-Fried essentially made all the decisions for both companies.”

FTX was “notoriously lean, with an employee count of only 75—even as it expanded so rapidly, being valued at one stage at $32 billion,” Ashmore said. “This pales next to rival exchange Coinbase, which had over 6,000 staff before laying off 1,100 earlier this year.”

Alameda lost its co-CEO Sam Trabucco, who quit earlier this year. “This left only Caroline Ellison, co-CEO at Alameda, and Bankman-Fried as the senior leaders, although the latter was very much the number one,” Ashmore pointed out.

Part of FTX’s failure comes down to a “bespoke management structure and lean headcount,” with most of the legal and compliance team reportedly quitting, he explained to Fortune. “There is no doubt that the aggressive leadership, concentrated power structure, and tangled relationship between FTX and Alameda could have been reined in with a more conservative and prudent leadership structure,” he said.

Also, was Bankman-Fried a qualified leader? Was he equipped to handle a crisis? Bankman-Fried started his financial career at the age of 21 by interning at Jane Street Capital, a proprietary trading firm. He later became a full-time employee after graduating from the Massachusetts Institute of Technology in 2014 with a degree in physics and a minor in mathematics. At Jane Street Capital, he traded international ETFs.

Bankman-Fried had no problem raising money for his venture, even with his thin experience. Crunchbase reported that FTX Ventures announced its first $2 billion funding in January and quickly made nearly 50 different investments from the new venture arm.

One investor was nonother than “Shark Tank” show shark Kevin O’Leary, a seasoned entrepreneur and businessman. It has been reported that O’Leary trusted Bankman-Fried due to Bankman-Fried’s parents being compliance lawyers, which it seems O’Leary thought translated that FTX would be well run, even though the parents were not involved in the venture.

Black startup entrepreneurs are not that lucky in terms of raising capital. Black founders received only a slight fraction — 1.2 percent — of the record $147 billion in venture capital invested in U.S. startups through the first half of 2019, Crunchbase data revealed. This, while Black Americans make up more than 13 percent of the U.S. population.

Black entrepreneurs face “an invisible barrier that has prevented numerous founders from reaching their full potential,” Fast Company reported. A major barrier is the racial wealth gap, because of which most Black entrepreneurs don’t have access to a network that can provide them with a type of investment known as a “Friends and Family” round.

Another challenge for Black entrepreneurs find in raising money is that they are often under more scrutiny than their white peers, the result is financial redlining.

Scrutiny seemed to be lacking when the mainstream media reported on FTX.

In one article, our writer noted that crypto market participants suggested that Alameda Research and its trading partner FTX were “using insider information to trade digital assets — something that is punishable by fines and incarceration in regulated financial markets.”

Back in November 2019, Bitcoin Manipulation Abatement LLC sued FTX, Alameda, and some of their associates in a San Francisco court, accusing them of market manipulation. Bankman-Fried was accused of having “conspired…and participated in a long-running enterprise…engaging in a continuing pattern of racketeering activity involving, among other unlawful acts, operating an unlicensed money transmitting business.”

Moguldom Nation’s coverage of this was met with an email from Alameda attorney Dan Friedberg on Aug. 4, 2021, that read, “I saw your article on Sam (Trabucco) and noticed a few things that are not really accurate…I understand your concerns about the industry but was hoping to explain further.”

Despite the lawsuit and early signs of struggle, many overlooked the direction FTX was headed. It also helped Bankman-Fried that he had politicians on his side. He used his fast-found wealth to become a major donor to Democratic Party candidates. He piled millions into Democratic campaigns.

Former President Bill Clinton, a Democrat, was even seen cozying up to Bankman-Fried at the 2022 Crypto Bahamas conference, which FTX sponsored.

And along the way, for the most part, the mainstream media didn’t ask questions.

The New York Times snagged the first interview with Bankman-Fried since the FTXcollapse, but it wasn’t the interview many were expecting. Written by Times crypto beat reporter David Yaffe-Bellany (with contributions by industry legends including Erin Griffith and Ephrat Livni), the piece has been widely slammed as a “puff piece,” CoinDesk reported.

“At the same time they were pumping the FTX scam, they were writing defamatory gossip pieces about industry stalwarts, driving their audiences away from safe, reliable and proven venues,” Kraken ex-CEO Jesse Powell tweeted, seemingly referring to his exchange and Coinbase.

“Disgusting complicity on the part of the New York Times. He has ruined countless people’s lives by theft and fraud, and NYT is now helping him to delay or evade justice by whitewashing him in their prestigious, influential newspaper. I doubt this is just a mistake on their part,” Zcash co-creator Zooko Wilcox tweeted.

Many saw the Times failed its readers in not going in hard in the interview. But other mainstream media outlets also failed to do this as well.

“The media, perhaps especially crypto-native publications, is complicit in the rise of Bankman-Fried,” CoinDesk reported.

So what will happen to the Bernie Maddox of the crypto space?

Madoff was a financier who ran the largest Ponzi scheme in history, worth about $64.8 billion. At one time chairman of the NASDAQ stock exchange, Madoff and his firm, Bernard L. Madoff Investment Securities LLC, defrauded thousands of investors out of tens of billions of dollars. In 2009 Madoff was sentenced to 150 years in prison and forced to forfeit $170 billion as restitution, Investopedia reported.

Bankman-Fried’s fate has yet to be decided. But, now, the world is finally watching.

Weird Ways to Boost Your Immune System (that really work) 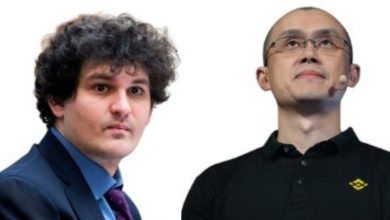 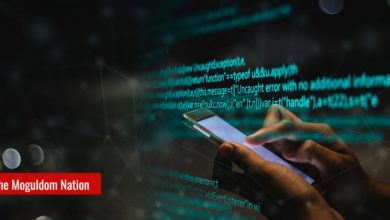 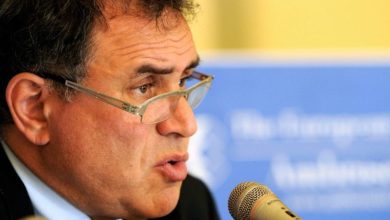 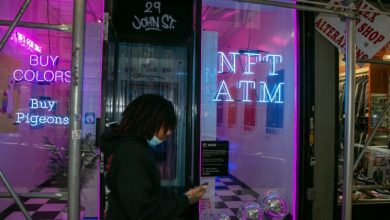