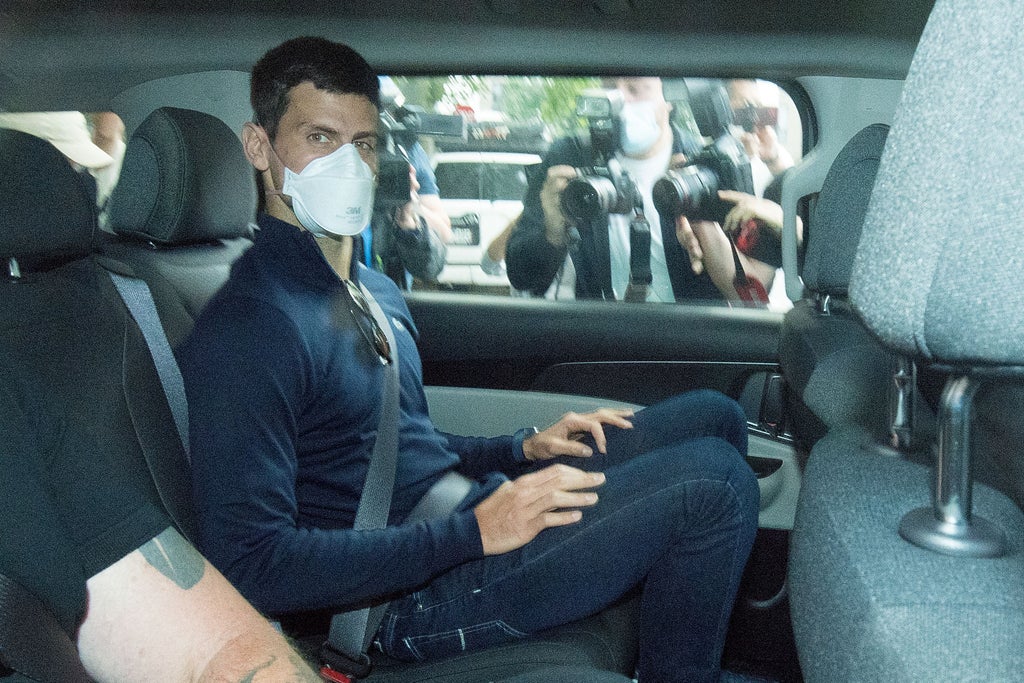 Novak Djokovic is set to learn his fate after a key court hearing was held on Sunday morning. The world number one’s visa was cancelled by the Australian immigration minister Alex Hawke on Friday for a second time. An appeal was immediately launched against the decision, calling it “patently irrational” and claiming Hawke’s decision was based purely on the government’s fear that Djokovic’s appearance at the Australian Open, which begins on Monday, might stir anti-vaccine sentiment in the country.

If his expensively compiled legal team win the appeal, Djokovic will take on fellow Serbian Miomir Kecmanovic in the first round on Monday evening, where he is expected to get a hostile reception from the crowd. If the government wins its case, Djokovic will be deported from the country.

It emerged on Friday that Hawke based his finding not on the validity or otherwise of Djokovic’s medical exemption but on the potential for his continued presence in the country to stoke anti-vaccination sentiments and a threat to public order. Hawke cited Djokovic’s status as a “high profile unvaccinated individual, who has indicated publicly that he is opposed to becoming vaccinated against Covid” and said he had “publicly expressed anti-vaccination sentiment”.

Follow all the latest news below as Djokovic fights for a chance to play at the Australian Open.

This whole saga has become very political both in Australia and further afield.

The verdict from today’s hearing is keenly anticipated with criticism of the government’s handling of the Djokovic case mounting.

“If Mr Djoković did not satisfy the entry test to come into Australia, he should not have been granted a visa way back in November,” he told reporters earlier today.

“I think Australians want this soap opera brought to an end one way or the other and for the government to get on with its job of protecting Australians in this disastrous fourth wave.”

Djokovic, who spent Saturday night in the Park detention hotel, is due to play Miomir Kecmanovic in the first round of the Australian Open on Monday.

The hearing was adjourned just after 2.30pm local time for the three judges to consider their verdict, with Chief Justice James Allsop saying he expected to announce the outcome later on Sunday but that it could be Monday morning.

Following a break for lunch, Lloyd moved on to the central issue of whether Djokovic’s presence in Australia may have negative consequences for public health.

He referenced Serbia’s low vaccination rate and criticism from a Serbian scientist in 2020 that Djokovic’s views could influence his compatriots.

“People of Djokovic’s status can influence people who look up to him. That seems to be uncontroversial.”

He concluded: “We would say each of the grounds should be dismissed and there should be an order that the applicant pay the minister’s costs.”

On the issue of whether Djokovic’s presence would stoke anti-vaccination sentiment, Lloyd made reference to such groups “treating the applicant as a hero”.

Lloyd said: “He’s a high profile person who is in many respects a role model for many people. His presence in Australia would present more strongly to Australians his anti-vaccination views.

“People use high-level athletes to promote ideas and causes all the time. His connection to a cause, whether he wants it or not, is still present.”

Lloyd then spent a considerable amount of time countering the argument of Wood that Hawke had not considered the prospect that deportation could also stoke anti-vaccination sentiment and risk public order.

“The minister was aware his decision to cancel would result in some level of further unrest but the minister was principally concerned that Mr Djokovic’s presence would encourage people to emulate his position and that would put the health of Australians at risk,” said Lloyd.

Australian Open order of play set to be confirmed

The order of play for the opening day of the Australian Open will be announced shortly, organisers have confirmed.

News of who will play when has been conspicuous by its absence as the tennis world – and the rest of the world for that matter – waits to learn Djokovic’s fate.

But the first day schedule will be published at 4pm Australian time (5am UK).

In response, Stephen Lloyd, representing Hawke, argued that the minister’s conclusions regarding Djokovic’s attitude to vaccination were reasonable.

“His ongoing non-vaccination status is open to infer that a person in the applicant’s position could have vaccinated if he wanted to be,” Lloyd told the court. “That he’s still unvaccinated represents a choice on his part.

“Even before vaccines were available he was against it – his prima facie position was to be against them.

“As far as we’re aware that position hasn’t been updated. The fact that he might change his mind one day doesn’t make the minister’s inference about his views on vaccines not open.”

There is no evidence Novak Djokovic’s continued presence in Australia would stoke anti-vaccination statement, the Federal Court of Australia heard on Sunday.

The world number one’s lawyer Nick Wood presented his case to the trio of judges who will decide whether to quash the decision of Immigration Minister Alex Hawke to re-cancel Djokovic’s visa on the grounds of “health and good order”.

Hawke based his decision on the view that Djokovic’s stance on vaccination could pose a threat to public health in the country if he stays in Melbourne and plays in the Australian Open.

Wood said: “Not a single line of evidence in the material provided any specific or logical foundation whatsoever that the mere presence of Mr Djokovic in Australia in itself may somehow foster anti-vaccination sentiment.

“Is it conceivable that such a consequence might flow from Mr Djokovic’s presence in Australia? That’s not the point. One is looking for historic, past antecedent or evidence on which reasonable conjecture can be made.”

Australian Open order of play yet to be decided

A reminder that the 2022 Australian Open begins on Monday which is only a few short hours away now Down Under.

Djokovic, of course, is defending champion but whether he will get to defend his 2021 title remains to be seen.

And that is having an impact on the entire field with the order of play for day one in Melbourne seemingly hanging on the decision made in this hearing.

Djokovic out of detention for court hearing

A reminder that Djokovic spent Saturday night detained back in an immigration hotel but was allowed out to follow this hearing with his lawyers.

Television footage showed the 34-year-old Serb wearing a face mask as he left the hotel in a vehicle earlier.

He was permitted to leave hotel detention to spend Sunday in his lawyers’ offices, under the guard of two immigration officials, while the challenge is heard via a video hearing.

Djokovic spent four nights confined to an immigration hotel near downtown Melbourne before being released last Monday when he won a court challenge on procedural grounds against his first visa cancellation.

Immigration minister Alex Hawke on Friday blocked the visa, which was originally revoked when he landed at a Melbourne airport on 5 January.

Deportation from Australia can lead to a three-year ban on returning to the country, although that may be waived, depending on the circumstances.

The court has adjourned to consider their verdict.

Judge Allsop in summing up indicates they hope there will be an announcement this afternoon if not later this evening Australian time.

“What we would hope to do is to spend the afternoon hopefully, and perhaps the early evening, dealing with the arguments that have been put to the court, not with a view to delivering full reasons today, but with a view if possible as to reach a view as to the outcome of the matter and on one hypothesis, if it be relevant, Mr Lloyd, the individual basis for it.

“We would hope to do that later in the afternoon. So in a sense we’re not asking counsel and solicitors to stand down in their present positions as it were.

“But we would hope to be in a position to indicate to the parties later in the afternoon what we propose to do.”

For reference, it is currently 2.42pm in Melbourne.

Kanye Not Allowed to Attend His Daughter's Birthday Party 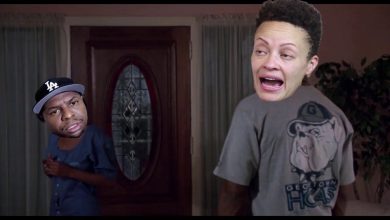 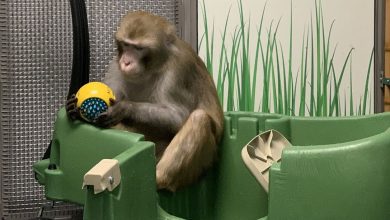 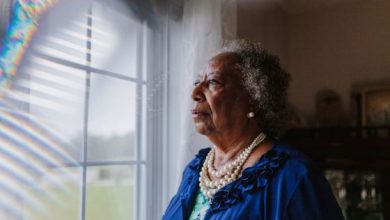 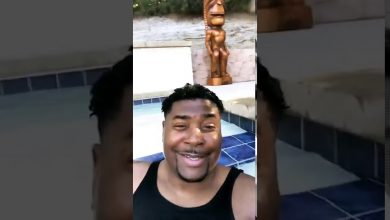 Lexi Got Stung By A Bee