II. Just as erosion can be both gradual or urgent, so can other forms of change, from losing and gaining weight to saving money, to changing habits of behaviors, and so on.

IV. Gradualism has been, more or less the approach taken by formal education to improve itself. Put another way, change in public education has been, at best, gradual.

V. This in and of itself isn’t ‘good’ or ‘bad’ but rather an input that has an output–a cause that has an effect. In Shifting From Ideas To The Effects Of Those Ideas, I applied this thinking to education:

“Let’s pretend for a moment that we will eventually be able to design a system of teaching and learning where every single student will be able to master every single academic standard their local government has set out for them. What is the effect of this system? Of this mastery? What are we assuming about the standards and their mastery? That they’ll create a nation of critical thinkers that do amazing things?

And this system–what are we assuming about it and its effects? What does it ‘do’ to children? When they graduate from this hypothetical machine, will they have a strong sense of self-knowledge, wisdom, place, and familial legacy? Of critical thinking, work, and love? If not, is that okay?

Is that even the intended effect we’re looking for? If not, what is? We should know, right?”

VI. In terms of those effects, let’s allow that incrementalism limits ‘solutions’ to the things that allow for or create the slow pace of these effects.

VII. Incrementalism tends to move in one dimension–longitudinally along a line called ‘time.’ This is opposed to moving in two or three (or even four) dimensions. That is to say, this approach tends to emphasize the chronology and pace rather than the quality or effect of any change.

VIII. A secondary effect is, due to the gradual and longitudinal nature of the change, it discourages rethinking/reimagining original goals–pivots, turnabouts, or splintering of single goals into a dozen.

IX. This skews the scale of progress (movement through increments implies increments as a measure of quality rather than chronology, for example).

X. Further, it can over-emphasize the wrong data (measuring the wrong things in the wrong ways) and obscure our evaluation of data and data quality and sources in favor of centering singular goals and simplified metrics for the ‘success’ of ‘progress’ toward those goals.

XI. This can increases the chance (due to time needed) that by the time goals have been met, you/we could be solving a problem that at best may no longer deserve prioritizing, and at worst, may no longer exist.

XII. This can, over time, create a ‘culture of increment’–terminology, definitions, expectations, goals, thinking, hopes, etc.–rather than one of quality, affection, or innovation.

XIII. This is in contrast to a culture of rapid change and innovation–which itself isn’t necessarily good or bad but rather causes changes that, in the short and long run, can be thought to be ‘good’ or ‘bad.’ (See also How Disruptive Innovation Changes Education.)

XIV. This overview can’t be reduced to simply favoring one approach or another. The gears of education have extraordinary inertia, never mind the (visible and less visible) complexity of any kind of social or social infrastructural change.

XV. This, then, isn’t a set of statements in favor of slow or rapid change in education but rather a hope that we might be intentional in our approach.

XVI. This implies we have at least some control–some agency and choice in the process–and thus responsibility for our action (or inaction).

XVII. Ultimately, then, we are left with the question: In our collective systems for educating children, where have we been, where are we going, and how should we–with our thoughts, beliefs, affections, and behaviors–respond to honest evaluations and criticism and appraisals therein?

3 Ways Your Gums Could Impact Your Memory 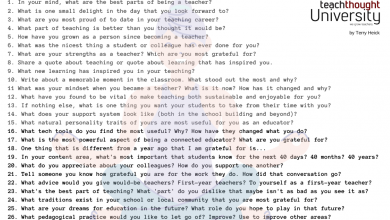 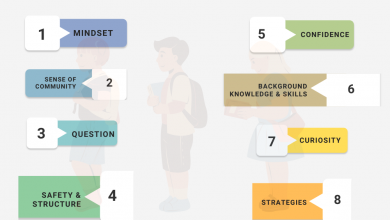 8 Things Every Student Needs On The First Day Of School 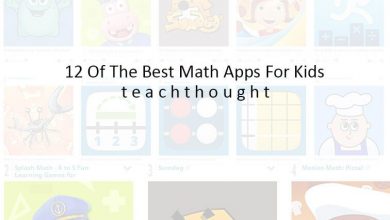 12 Of The Best Math Apps For Kids 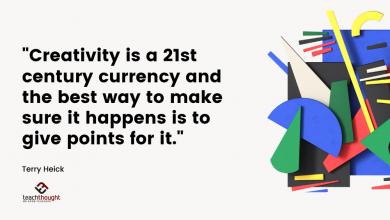 How To Fake A 21st Century Classroom