Actress and trained dancer Brandee Evans has quickly become more of a household name after becoming a breakout star of the STARZ hit drama series, P-Valley. Evans plays the character, Mercedes, who is equally fierce and strong, yet loving and caring. While reflecting on the ending of it’s third season, Evans role has afforded her a truly remarkable life with even more projects to come.

But for Evans, the most important impact becoming an actress has had on her life is allowing her to take better care of the ones she loves the most.

During her early years of hustling in Los Angeles, and before hitting it big on P-Valley, Brandee was a former teacher and full-time caregiver to her beloved mother.

Evans’ mother, Diana Harrington, was diagnosed with multiple sclerosis nearly 20 years ago, and more recently, Alzheimer’s disease. The combination of both of those diseases can take the wind out of any caregiver, but Evans pushes on through the village she created from friemds and family around her.

After Evans had to place her mother in a nursing home following a bad fall in 2014, she grew increasingly dissatisfied with the facility’s level of care. In 2016, Evans moved her mom into her L.A. home and the actor became one of the estimated 53 million people caring for a loved one in the U.S. (according to a 2020 report from AARP and the National Alliance for Caregiving, that number is steadily rising).

“When I first got Momma from the nursing home,” explains Evans. “She said, ‘Thank you for coming to get me.’ I asked, Did you think that I would leave you?! She did, because of our relationship growing up. I said we’re here till your last breath or my last breath. That was so profound for me because it was a reminder that even with early-onset Alzheimer’s, she knew who was caring for her.”

“I would go to hospitals and ask to see their equipment and which type of mattress they used,” Evans explained to Self.com. “I’d sit on the bed and examine everything to see how it worked. Then a friend and I would shop around L.A. to find the equivalent. Thank God P-Valley came right in time after the GoFundMe had run out because I was barely eating. I had just enough for Momma to eat, and friends were literally cooking for us and bringing food over.”

“The show has afforded me an opportunity to be able to do more for her as her caregiver, which is a complete blessing,” Evans told ESSENCE. “Truly, my biggest thing is to be able to (take) care of my mom and just live my dreams. I’m really doing what I want to do with my life and I’m so thankful to Katori Hall and Starz.”

Alzheimer’s disease is the most common form of dementia. It affects your memory, thinking, and behavior. It often progresses to the point where it affects daily activities and functions.

For most people, here are some early symptoms.

“We might wrap at 2, 3, maybe even 4 o’clock in the morning and I would come home and then be changing diapers or feeding mama and trying to figure it out.” Evans says she would only get a couple of hours of sleep before…

Albee Al Finally Free After Shooting, But There's A Catch 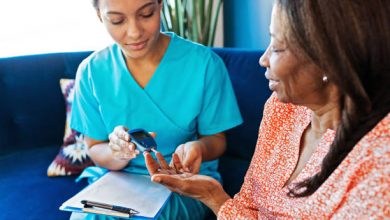 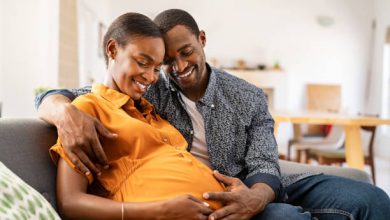 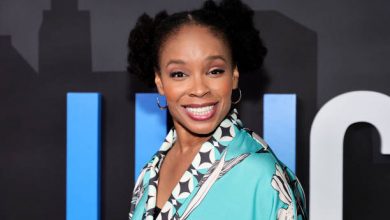 Amber Ruffin On Why She Choose A Hysterectomy: “I Was Thrilled”