Western politicians and other observers of the war in Ukraine and the developing chaos in Europe that threatens to spread across the world say they’ve noticed changes in the state of Russian President Vladimir Putin’s mind.

Putin, who controls 1 million military troops and a nuclear arsenal, invaded Ukraine on Feb. 24, threatening a nuclear response if he encountered any interference. On Sunday, Feb. 27, Putin, apparently feeling interfered with, said he was putting his nuclear forces into “special combat readiness” — a heightened alert status reminiscent of some of the most dangerous moments of the Cold War, New York Times reported.

Nassim Nicholas Taleb, a bestselling Lebanese-American author, mathematical statistician, and former options trader, tweeted that Putin does not have the support of his friends and government leaders.

“RUSSIA is NOT the Kremlin,” Taleb tweeted. Talked to friends in Moscow*. They are ALL against this. Someone said it felt ‘like a funeral’. Censorship not affecting them yet but an announcement was made criminalizing stuff to do w/war.”

Taleb wrote the book, “Black Swan” and coined the phrase that means an unpredictable, rare, and catastrophic event. In his 2007 bestseller, Taleb predicted the 2008 financial crisis. He also said that people are unable to truly estimate opportunities, are too vulnerable to the impulse to simplify, narrate, and categorize; and are not open enough to rewarding those who can imagine the impossible.

Included in Taleb’s Feb. 27 tweet is a message to the FSB — the Federal Security Service of the Russian Federation, a successor to Russia’s spy organization, the KGB, not to bother hacking his communications. The KGB conducted surveillance on Soviet citizens and foreign governments and rooted out dissent from 1954 until 1991.

An academic researcher and professor, Taleb taught for 12 years at New York University’s School of Engineering. His work concerns randomness, probability, and uncertainty.

Florida Sen. Marco Rubio claimed to have secret information about the state of Putin’s mind that he tweeted about on Feb. 25, saying he couldn’t share more, but suggesting the man had changed. “I wish I could share more,but for now I can say it’s pretty obvious to many that something is off with #Putin He has always been a killer,but his problem now is different & significant It would be a mistake to assume this Putin would react the same way he would have 5 years ago.”

Countries and leaders usually react to humiliation in one of two ways — aggression or introspection, according to opinion writer Thomas Friedman. “After China experienced what it called a ‘century of humiliation’ from the West, it responded under Deng Xiaoping by essentially saying: ‘We’ll show you. We’ll beat you at your own game,’” Friedman wrote.

“When Putin felt humiliated by the West after the collapse of the Soviet Union and the expansion of NATO, he responded: ‘I’ll show you. I’ll beat up Ukraine.’”

Taleb called for Putin to be removed. “Putin effectively used sanctions as part of the cause of his nuclear threat! If mere sanctions can be the trigger, then military action against him is imperative given that it does not change the downside. He must be removed.”

Barack Obama’s ambassador to Russia, Michael McFaul, also observed that Putin had changed. “I’ve watched and listened to Putin for over thirty years. He has changed. He sounds completely disconnected from reality. He sounds unhinged” McFaul tweeted.

The Pentagon’s Office of Net Assessment (ONA) examined Putin’s mental state in a 2008 study and speculated, without proof, that Putin has an “autistic disorder which affects all of his decisions.” Researchers pointed to Asperger’s syndrome. USA Today published the findings in 2015, which have since been disputed.

Guardian described Putin’s recent announcements and public appearances as “sheer weirdness.” An Elysée official said Putin was “paranoid”. Bernard Guetta, a member of the European parliament, told France Inter radio on Thursday morning, after the military invasion began: “I think this man is losing his sense of reality.” Asked by the interviewer if that meant he thought Putin had gone mad, he said “yes”. Czech president and former Putin supporter Milos Zeman described Putin as a “madman” after the invasion.

“All our Russia-watchers, watching his press conferences, think that he’s descending even more into a despotic mindset,” another European diplomat said, according to Guardian.

“People grow old,” Berger wrote for The National Review. “They acquire ailments. Their perception of reality changes. The prospect of mortality affects different people differently. Most people don’t hold complete power over a vast nation while hearing only affirmative feedback from those around them. This is a dangerous way to age.”

In 2018, Air Force Gen. John Hyten, who was in charge of the U.S. nuclear arsenal, told lawmakers what the U.S. should and shouldn’t do if Russia launched nuclear-tipped ballistic missiles at the U.S. The U.S. should not retaliate until incoming missiles reach their targets or are destroyed, he said, urging a measured response. If the missiles did not pose an existential threat, then the U.S. would not have to respond with an existential threat. “That’s what I would recommend if I saw that coming against the United States,” Hyten said.

Hyten quoted former Secretary of State and National Security Advisor Henry Kissinger. Without the right response, the U.S. president would be choosing between “suicide or surrender,” he said.

Rapper RT, AKA Rubin Theoc, Is Taking the Rap World by Storm 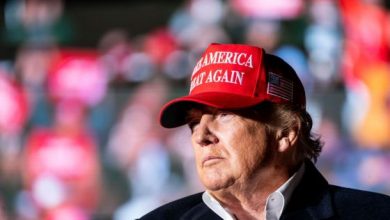 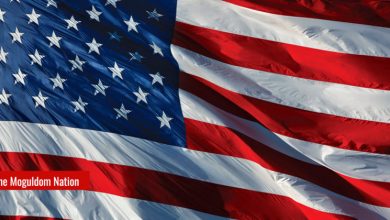 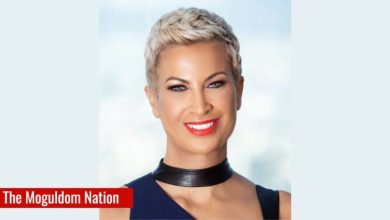 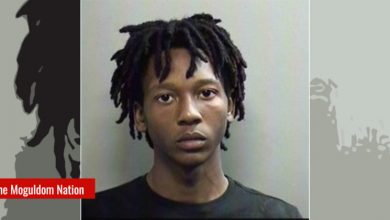 Texas High School Shooter Released On Bail, Said He Only Started Bustin’ After Being Bullied, Robbed