Albert Cleage, who later changed his name to Jaramogi Agyeman, was the paster of The Shrine of The Black Madonna, where he encouraged Black Nationalism. The Shrine of the Black Madonna is a pan-African Orthodox Christian Church in Detroit that became the location of many significant 20th century Black civil rights activities. In 2021, the building was listed on the National Register of Historic Places.

Here are seven things to know about Agyeman.

Cleage was born in 1911 in Indianapolis and became a Black nationalist Christian minister, political candidate, newspaper publisher, political organizer, and author. He founded the prominent Shrine of the Black Madonna Church and also launched the Shrine Cultural Centers and Bookstores in Detroit, Michigan, Atlanta and Houston.

After Cleage’s physician father moved the family to Detroit, Cleage earned a sociology degree from Wayne State University in 1937. He worked as a social worker for the Detroit Department of Health before starting his seminary studies at Oberlin College, where he later earned a divinity degree. He went on to serve churches in Lexington, Ky., San Francisco and Springfield, Mass. By 1951, he had became pastor of St. Mark’s Community Church in Detroit. He formed the Central United Church of Christ in 1953, which later became the shrine.

While building his movement, Cleage befriended many civil rights leaders of the time including Malcolm X.

Bishop Cleage died in 2000 at the age of 88 while visiting Beulah Land, his church’s new farm. He had planned to raise food for the needy on the farm.

The 1967 Detroit Riot, also known as the Detroit Rebellion, was the bloodiest incident in the “long, hot summer of 1967,” during which 159 race riots erupted across the U.S.

After the Detroit Rebellion, the Shrine of the Black Madonna was plunged into Black Nationalism and became an important center for Black theology and political power.

During the 1967 Detroit Rebellion, 43 people were killed, causing an even wider rift than already existed between the white power structure and more moderate Black leaders. Cleage, in turn, emphasized Black separatism in economics, politics, and religion, The New York Times reported.

In 1963, Cleage and the group that founded the Freedom Now Party organized the Northern Negro Grass Roots Leadership Conference with Nation of Islam (NOI) national spokesperson and New York Minister Malcolm X as the keynote speaker.

In 1964, the Freedom Now Party ran a full slate of Black candidates for office, with Cleage as its gubernatorial candidate.

“While none were successful, the party laid the foundation for the formation of the Black Slate, an independent political lobby, a decade later, which Coleman A. Young often credited for helping to elect him as Detroit’s first African American mayor. The Slate also helped elect many other African Americans to city, county, state, and federal offices,” according to The Year of Restoration organization.

4. The making of the Shrine of the Black Madonna

Cleage aimed to counter white domination of religion by focusing on a gospel of Black nationalism.

In his church, Cleage installed a larger-than-life mural painting of a Black Madonna holding a Black baby Jesus and preached that Jesus was a Black revolutionary whose identity as such had been concealed by whites. He renamed Black Christian Nationalist Church the Shrine of the Black Madonna in 1968.

Cleage unveiled the mural on Easter Sunday, March 26, 1967, and it was then that he proclaimed the Black Christian Nationalist Movement, or BCN, which sought self-determination in a “Black nation within a nation.”

At the unveiling he said, “We really don’t need a sermon this morning. We could just sit here and look at the Black Madonna and marvel that we’ve come so far… that we can conceive of the possibility of the son of God being born by a Black woman.

“And that’s a long way for us ’cause it wasn’t so long ago when that would’ve been an impossible conception because our idea of ourselves was so distorted. We didn’t believe that even God could use us for His purpose because we were so low, so despised. After all, we despised ourselves. We despised ourselves.”

He continued, “And to have come to the place where we not only can conceive of the possibility, but to have come to the place where we are convinced, upon the basis of our knowledge, of our historical study, upon the basis of all the facts, that we are not only capable of conceiving of the idea, but we are convinced that Jesus was born to a black Mary; that Jesus, the Messiah, was a black man; [and] that the nation that he came to save was a black nation.”

Menelik Kimathi, CEO of the Shrine of the Black Madonna, told The New York Times that this unveiling marked “the beginning of a whole new religious iconography.”

Kimathi talked about Cleage’s legacy. “I think his legacy will be that he founded black liberation theology, the idea that the church could be more relevant to the day-to-day concerns of the community.”

The Bishop later went on to found other shrines, including in Atlanta and Houston.

Bishop Cleage adopted an African name, Jaramogi Abebe Agyeman, in the early 1970s. The name was given to him by the late Rev. George Bell, the Black Christian Nationalist Convention coordinator.

Abebe created a creed for the Black Christian Nationalist Church that read in part, “I BELIEVE that Jesus, the Black Messiah, was a revolutionary leader, sent by God to rebuild the Black Nation Israel and to liberate Black people from powerlessness and from the oppression, brutality, and exploitation of the white gentile world.”

It continued, “I BELIEVE that the revolutionary spirit of God, embodied in the Black Messiah, is born anew in each generation and that Black Christian Nationalists constitute the living remnant of God’s chosen people in this day and are charged by him with responsibility for the liberation of Black people.”

7. Agyeman on role of the Black church

According to Cleage, the church can initiate change in society. “I am convinced,” he said in 1962, “it is the church’s duty to act in any area where the welfare of the community is at stake. As long as I feel this vacuum exists, I intend to speak out and act in any manner in which I see fit against these obvious inequities.”

Got Hives? Here's How to Relieve Them at Home 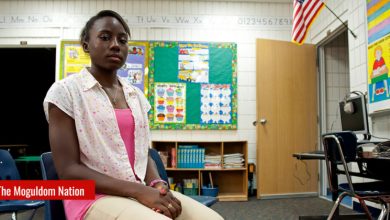 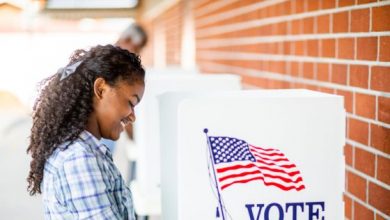 Video Series ‘Civics For The Culture’ Explores History of Democracy 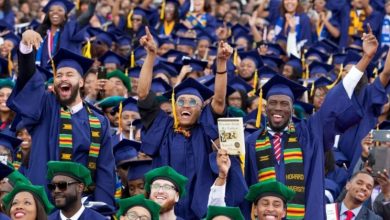