The Cherokee Nation’s Supreme Court ruled to remove the words “by blood” from its constitution and other legal doctrines in February 2021, calling them “a relic of painful and ugly, racial past” comparable to the lingering effects of racist Jim Crow laws on Black Americans.

A sovereign tribal government, the Cherokee Nation’s people established a new government in what is now the city of Tahlequah, Oklahoma, adopting their constitution on Sept. 6, 1839, the tribe’s website states.

The largest indigenous tribe in the U.S., the Cherokee Nation has more than 390,000 tribal citizens worldwide. More than 141,000 Cherokee Nation citizens live within the tribe’s reservation boundaries in northeastern Oklahoma. The Nation had a $2.16 billion-plus economic impact on the Oklahoma economy in fiscal year 2018.

In 2007, the Cherokee Nation amended its constitution to restrict tribal citizenship to those with “Indian blood.” This decision led to the Nation expelling about 2,800 descendants of Cherokee Freedmen, who are Black.

But in 2021, the Cherokee Nation did an about-face and declared that descendants of people once enslaved by the tribe should also qualify as Cherokee.” Freedmen rights are inherent,” Cherokee Nation Supreme Court Justice Shawna S. Baker wrote in the opinion for the ruling. “They extend to descendants of Freedmen as a birthright springing from their ancestors’ oppression and displacement as people of color recorded and memorialized in Article 9 of the 1866 Treaty.”

There are 8,500 enrolled Cherokee Nation members descended from these Freedmen, thousands of whom were removed on the Trail of Tears along with tribal citizens, NPR reported in 2021.

Black Freedmen and their descendants have been fighting to maintain their citizenship rights since they were stripped in 2007.

The 2021 decision came after a federal judge ruled in 2017 that the Cherokee Nation violated a treaty it had signed in 1866 with the U.S. government by excluding Freedmen from its citizenship rules. That treaty granted citizenship to the formerly enslaved people.

Photo: In this Oct. 6, 2011 photo, Rena Logan, a member of a Cherokee Freedmen family, shows her identification card as a member of the Cherokee tribe at her home in Muskogee, Okla. Thousands of people whose ancestors were enslaved by the Cherokee Indians in the 1800s fought to keep their status as members of the tribe. Loss of citizenship could also mean losing valuable tribal benefits such as medical care, housing assistance and grocery stipends. Logan, a retired cook who keeps her ancestors’ Freedmen Roll number of 3918 close to her heart every day, gets treatment at tribal clinics for her arthritis, hypertension, osteoarthritis and a dislocated back disc. “We are Black, and we were slaves, and they want to keep us that way,” Logan said. “It really hurts the heart. What did we do to be discriminated against?” (AP Photo/Dave Crenshaw) 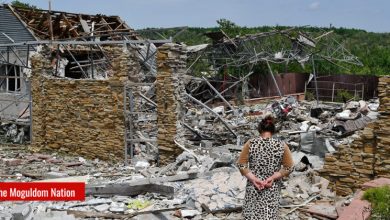 Civilization May Not Survive The War In Ukraine 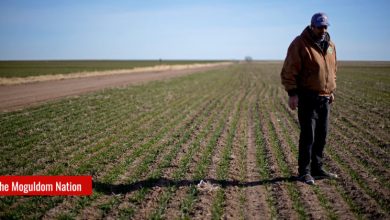 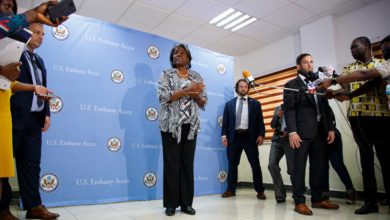 Black Diplomat Hired By Biden And U.S. Government Tells African Countries Who They Can Trade With During Global Food, Energy And Inflation Crisis